What is Central Asia?

At the core of the Asian continent lies Central Asia, a region rich in history and steeped in culture. This region benefits from a blend of national identities that have been carefully cultivated over many centuries. Central Asia, as it is defined today, is comprised of five former Soviet republics: Kazakhstan, Kyrgyzstan, Tajikistan, Turkmenistan, and Uzbekistan.  This definition comes from the shared history of these nations: nations that became part of Tsarist Russia in the second half of the nineteenth century ultimately became part of the Soviet Union in the 1920’s. Many people wonder if Mongolia and Afghanistan also can be considered as Central Asia? Historically and geographically yes, but in terms of past 100 years, 5 Central Asian states went through the different path of development as a part of the Soviet Union and then as independent states. Mongolia and Afghanistan were not part of the Union of Soviet Socialist Republics (U.S.S.R.) and therefore do not share common history for the last century with 5 Central Asian states. Here are 3 reasons why you rarely hear of Central Asia as a travel destination:

Reason # 1 Central Asia as part of the USSR

As part of the Soviet Union until 1991, the region was generally closed to mass tourism. Popular among Russian alpinists and explorers, Central Asia had the highest mountain peaks in the Soviet Union. Issyk-Kul, the enormous mountain lake in Kyrgyzstan, was a popular destination for beach holidays among Soviet citizens. Silk Road cities in Uzbekistan attracted archeologists and scientists. But western tourists did not hear much from the region because of its position among the republics of the Soviet Union. Kazakhstan, Kyrgyzstan, Tajikistan, Turkmenistan, and Uzbekistan were just one of the Soviet countries behind the Iron Curtain. There was only the occasional tourist – rare and daring – who would explore, experience and maybe write about Central Asia. 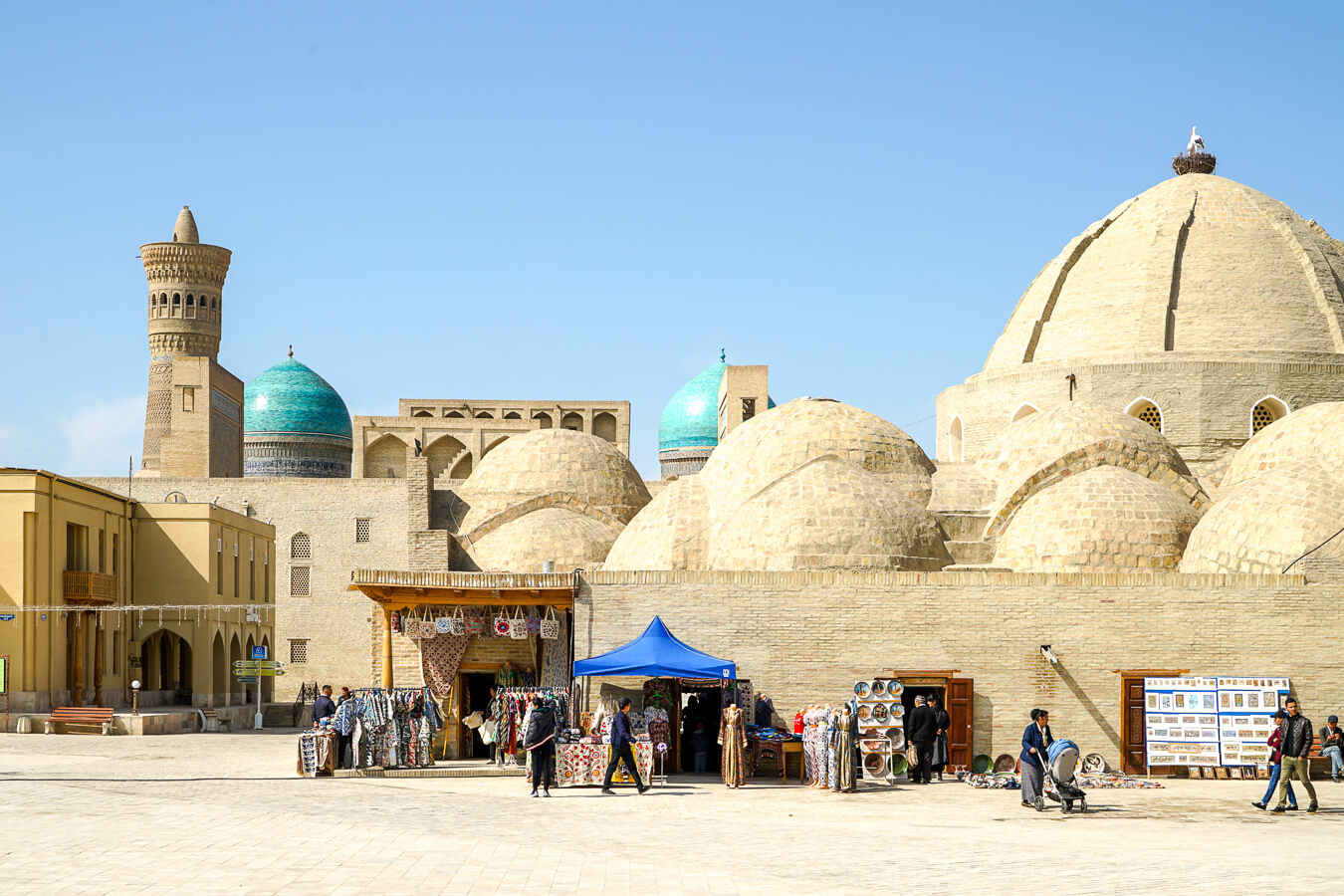 Because of the relative obscurity of Central Asia to much of the world, young post-Soviet countries were not ready for tourism once they gained independence. Central Asia is still not known widely as a tourist destination. Over the last ten years, locals in the region have been working diligently to create inviting travel itineraries and improve service to tourists, while Westerners have identified the region as a travel destination. And they have been getting to know Central Asia for the hidden gem that it is. 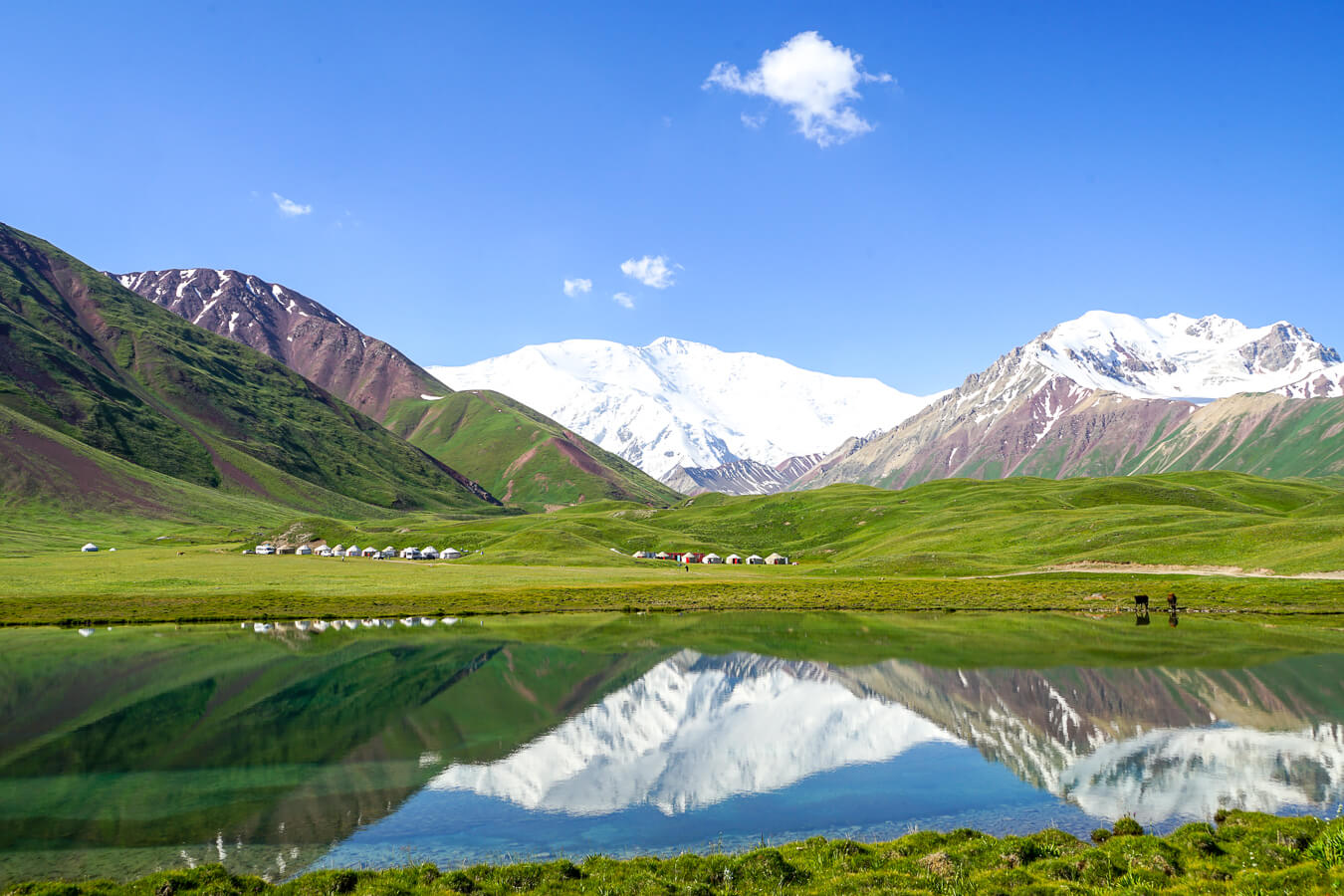 Reason #3 Decline of the Silk Road

There is another reason that Central Asia has taken so long to appear on the world scene: the decline of the Silk Road. Throughout its history, Central Asia has not been a single distinct political entity with defined borders. Rather, the region has been a crossroad of different cultures, home to nomads who were born to move from one place to another. The Silk Road was a trade route that enabled nomadic people to transport goods – and ideas – across the region over an interconnected matrix of roadways. Trade was possible as people settled in cities along the route and established bazaars with countless goods for exchange between sellers and buyers. Several main routes of the Silk Road – and many more interconnections – traversed the territory of Central Asia. With the golden age of the Silk Road, the region flourished until the sixteenth century. 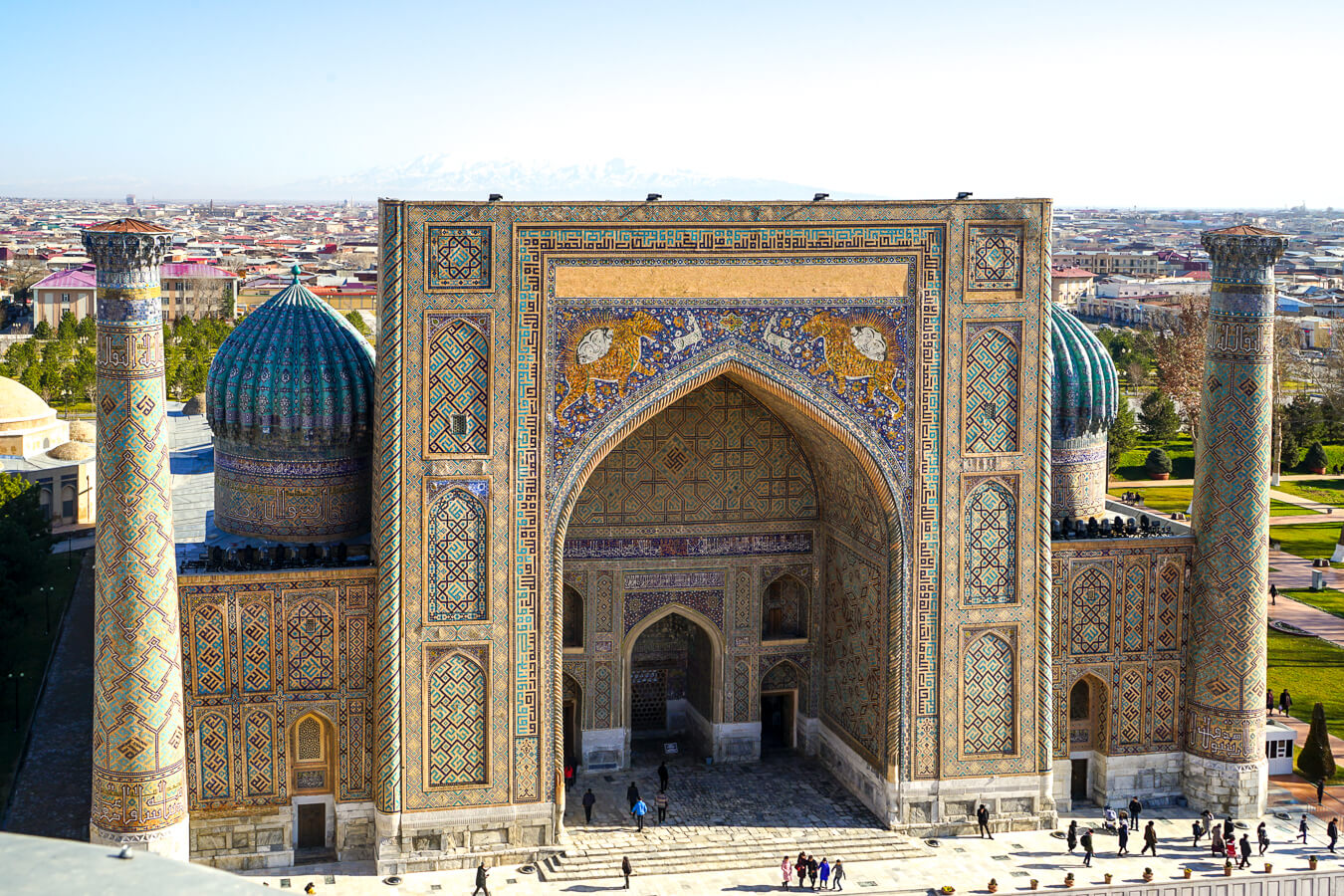 After, alternate trade routes were established – faster sea routes from Europe to India and China. The region became unstable as many Silk Road empires simply ceased to exist, and clan-based kingdoms rose and fell until the twentieth century. Each country in Central Asia has maintained a strong national identity, and each country seeks to bring to bear its own historical significance on the continued development of the region. There have been varying definitions of Central Asia throughout the ages based on historical connections, geographical borders, and cultural peculiarities. Let’s discover in which context you might come to know Central Asia. The idea of Central Asia as a region was introduced by famous Prussian geographer, Alexander von Humboldt, in 1843. His definition included Afghanistan and Western China because of the geographical connections and cultural interrelations. But the prolonged conflict throughout the 1800s between England and Tsarist Russia over control of the region, called The Great Game, resulted in the 1895 division of the territory of the Pamir mountain area, overseen by the Pamir Boundary Commission. The political annexation of the territory resulted in the population of the Pamir mountain area to be split between Afghanistan to the south and Tajikistan to the north. To this day, there are still Tajiks living in Afghanistan as a minority. But the territorial division split more than just the land. Afghanistan today is completely different – not related culturally, economically, or politically – to Central Asia. At the same time Xinjiang, in Western China, looks culturally more Central Asian than the rest of China. Uigur people in Kashgar share similar traditions with Central Asia, they speak Turkic language and have a similar traditional cuisine.

The definition used by the United Nations Educational, Scientific, and Cultural Organization (UNESCO) is much broader than the political boundaries of the five post-Soviet Central Asian states. Their definition takes into consideration complex ancient historical developments of the region and cultural ties between many groups that inhabited the territory from Central China all the way to the Caspian Sea, and from the southern part of Russia to India. UNESCO recognizes that the Silk Road for centuries contributed to the cultures of many different countries through which it wound. As of June 22, 2014, thirty-three Silk Road sites from Kazakhstan, Kyrgyzstan, and China were inscribed into the UNESCO World Heritage List. Stretching for five thousand kilometers, the route between these countries is called the Chang’an-Tianshan Corridor. UNESCO also performed a study on the “History of civilizations of Central Asia” consisting of a six-volume publication that asserts that, although the region played a great role in shaping the flow of history, Central Asia was largely excluded from Euro-centric narrations of world history. Let us know what interests you in Central Asia Tour

At Kalpak Travel, we are fascinated by the history of Central Asia: the rich tapestry of culture and customs that can be traced back into antiquity. The slow decline of the status of the Silk Road, and the absence of radical changes prior to the dawn of the Soviet Union, placed the region in a form of a time capsule. Travelers today going on Central Asia Tour can visit its bazaars and bargain as if they were buyers in ancient times. Hikers on a trek through the Pamirs can view the same wilderness sights described by Marco Polo. If you visit Central Asia, you can experience firsthand what it might have been like strolling around Samarkand in One Thousand and One Nights. At Kalpak Travel we will be providing detailed blogs about the culture, the history, and the people of modern Central Asia. Feel free to let us know what you are most interested in reading about the region or Central Asia tour – just drop a line in our chat or comment on one of our social media channels. If you would like to explore Central Asia countries yourself – check out all our amazing Central Asia Tours.