A Brief History of Ashgabat

Archeological findings in the territory of modern Ashgabat date back to the second century BC, to the settlement called Konjikala. At that time, it was a wine-producing village and part of the Parthian Empire. After a destructive earthquake in the first century BC, it was rebuilt again and existed until the thirteenth-century invasion of the Mongol Empire. In 1881, there were several small Turkmen villages in the territory of modern Ashgabat, nominally under the Persian Empire. In 1881, it officially became a part of the Russian Empire under the Akhal Treaty and became a Russian garrison. In 1908, the first Bahai House of Worship was established in Ashgabat, but in 1938 the building became an art gallery, and in 1963 it was demolished.  In 1919, it was renamed Poltoratsk, and in 1925 the city became the capital of Turkmen SSR. From 1927 on, the city was again called Ashgabat. The name of the city translated from Persian means Esk-love and Abad city, or the City of Love. However, local historians claim that Ashgabat means city of Ashk/Arsaces, as it was the name of the founder of the Parthian Empire in the 3rd century BC. 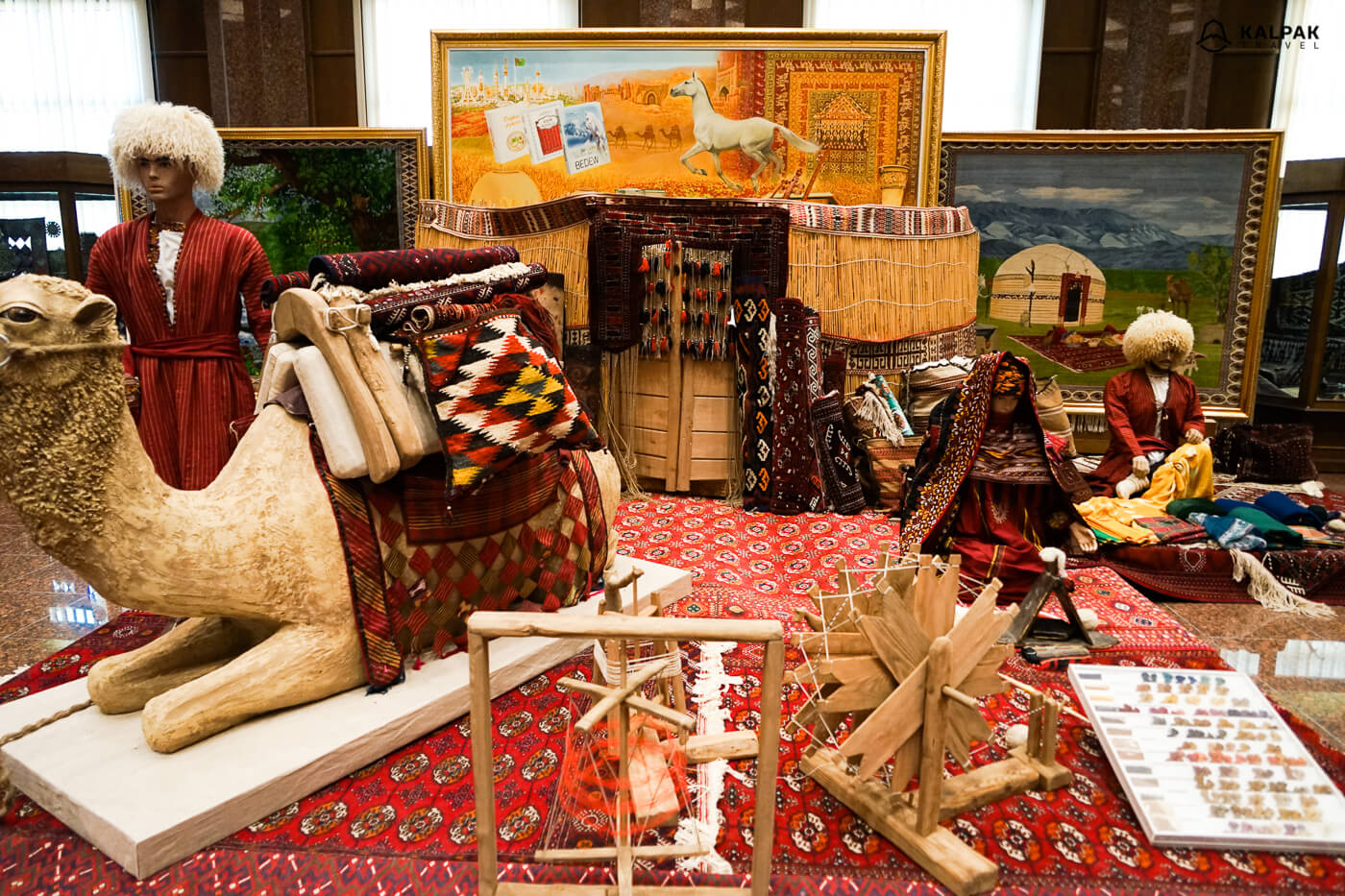 Ashgabat – the city of Records

Ashgabat is located on the foothills of the Korpet Dag mountains, and the northern part of the city borders to the Karakum Desert. Ashgabat is known as a white and gold city, due to its new post-Soviet architectural buildings. The city even holds a Guinness record for the highest density of white marble-clad buildings in the world. At the time of the record in 2013, it had 543 buildings clad with white marble. The city also holds the record for the greatest number of fountain pools in a public space. Below are some other top places to see in Ashgabat nowadays: 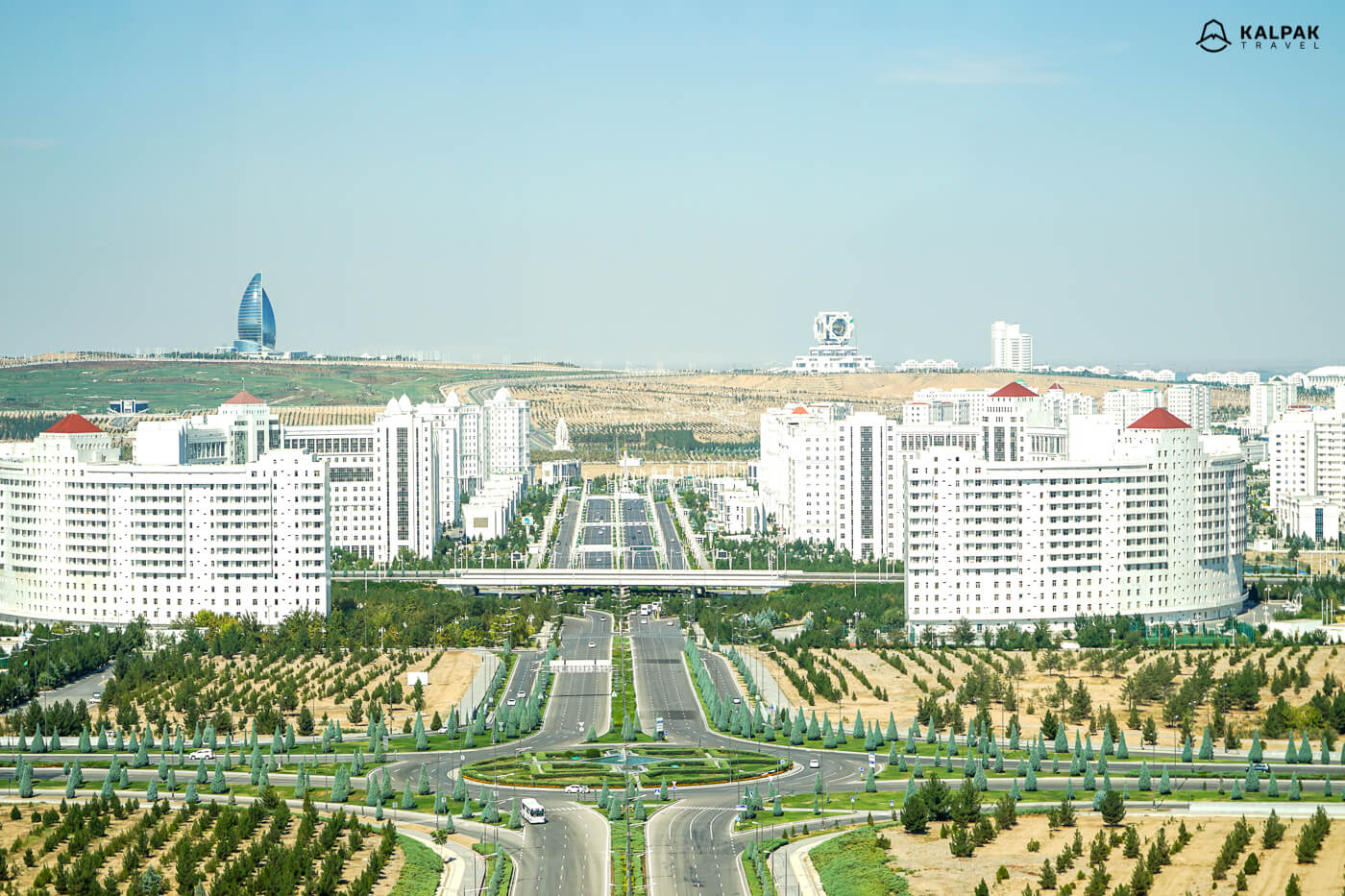 The National Museum of History

One of the best places to get acquainted with the general history of Turkmenistan is the National Museum. It is in a large white marble building and has over 500 thousand artifacts. There are amazing exhibitions of ancient jewelry, Hellenistic statues, and rhythons, or wine vessels, made of ivory such as elephant tusks, horns, and silver. Essentially, all the important archeological finds of the country are found in this museum. 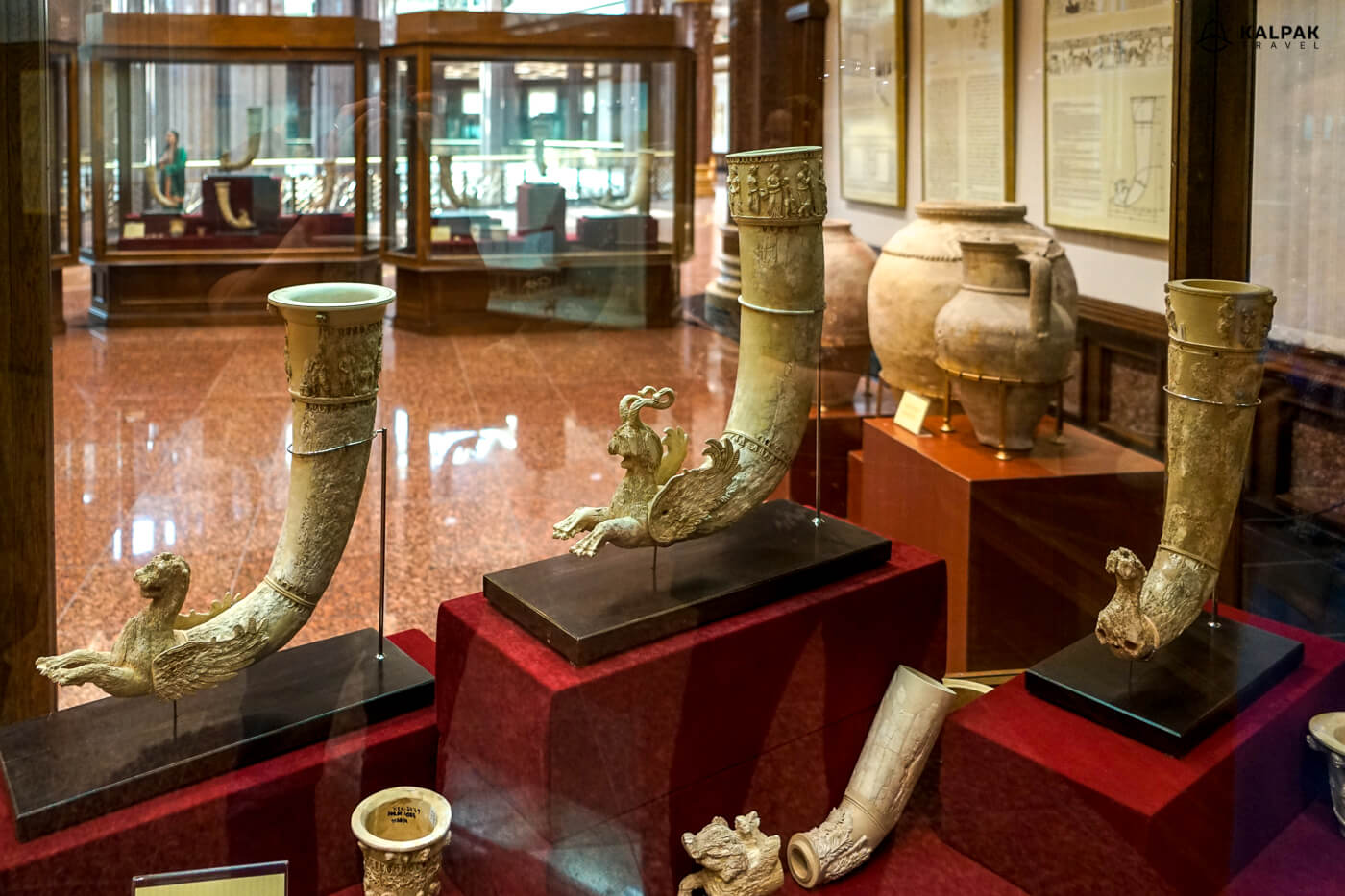 The independence monument is one of the symbols of the city. The base of the monument symbolizes a traditional yurt. The column on it is 118 meters high and topped with a crescent moon and five stars like on the Turkmen flag. Inside the dome, there is an ethnographical museum, and on top, there is a viewing platform. The main monument is surrounded by 27 prominent and important people in the history of Turkmens. 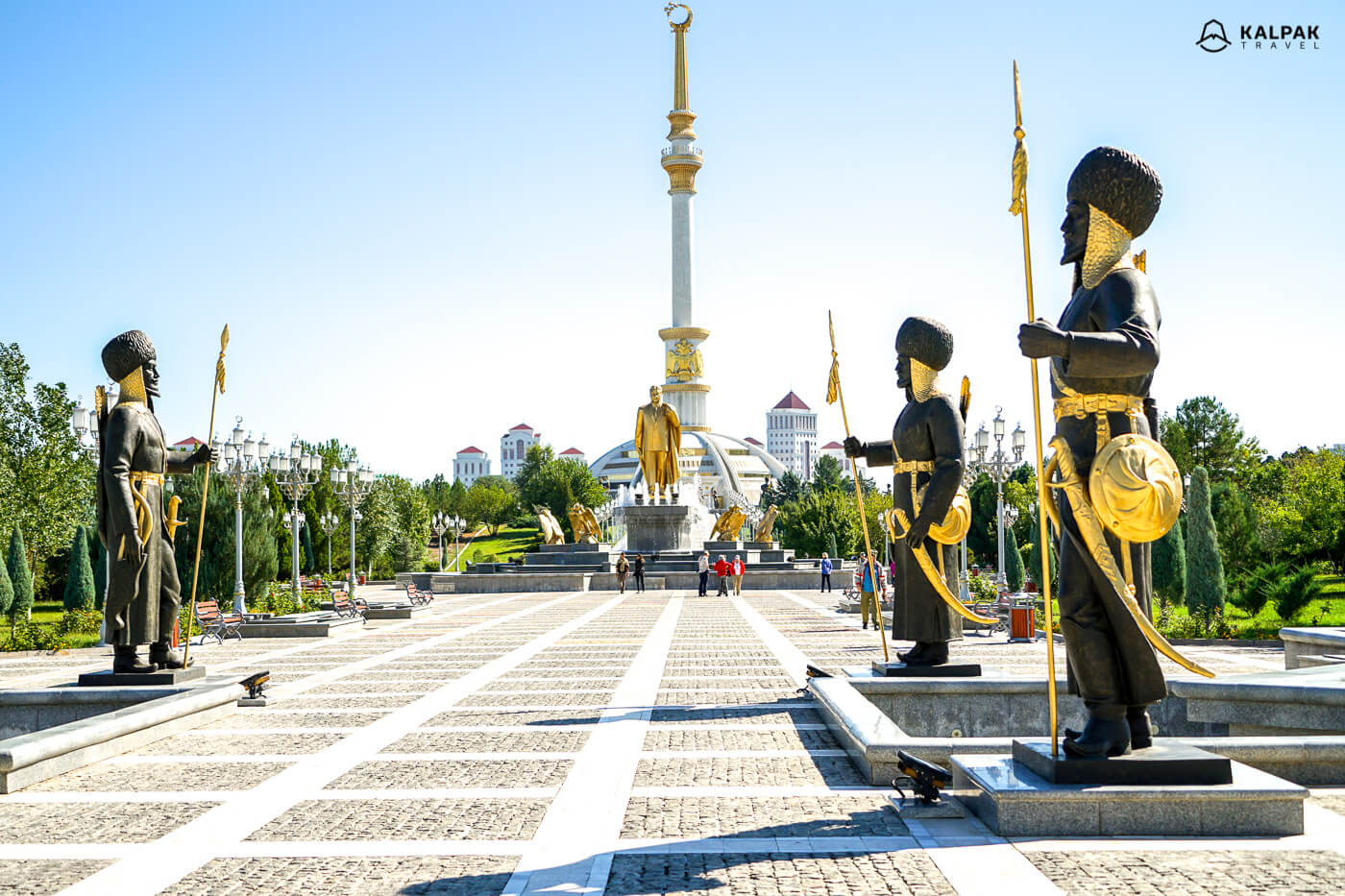 The Arch of Neutrality

The Arch of Neutrality was built in 1998 and dedicated to Turkmenistan’s policy of neutrality after gaining independence from the Soviet Union. It is 95-meters-high, and on top there is a golden statue of the first president of Turkmenistan. It used to stand in the center of the city, but in 2010 it was moved to the outskirts. 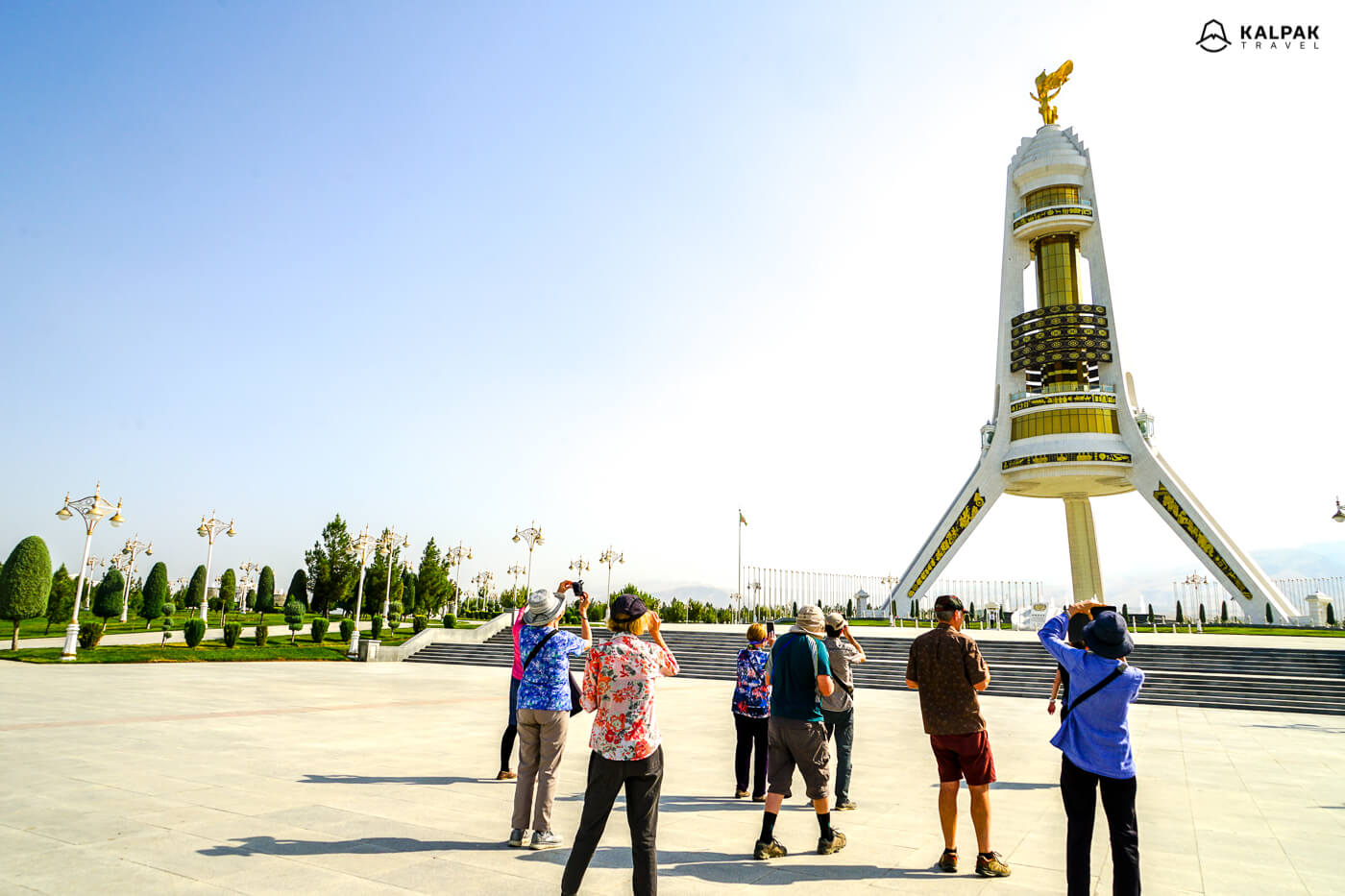 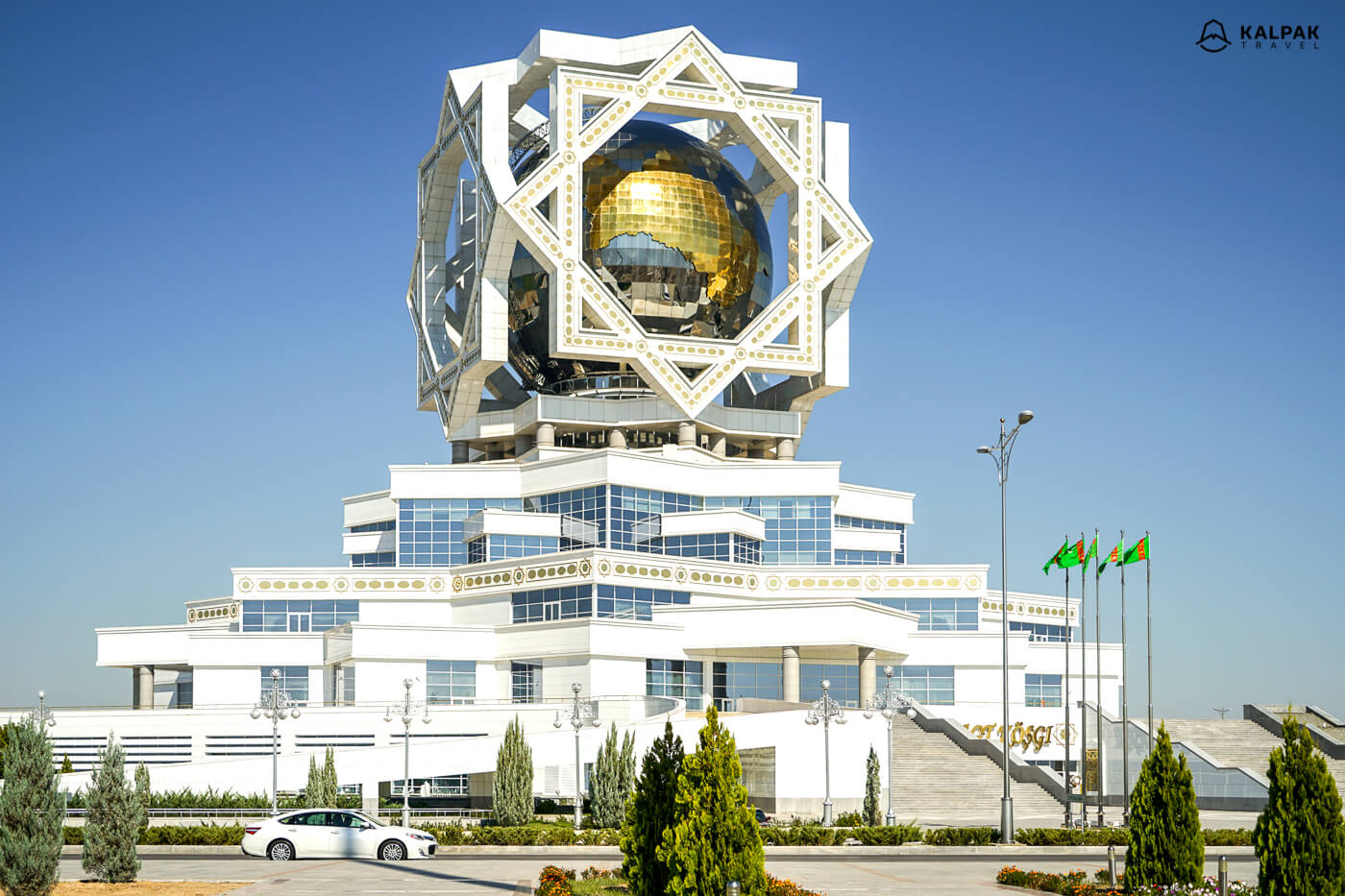 The wedding palace was built in 2011 and has 11 floors. Even though you cannot go inside, it is worth visiting, as you might be lucky to see wedding couples outside. 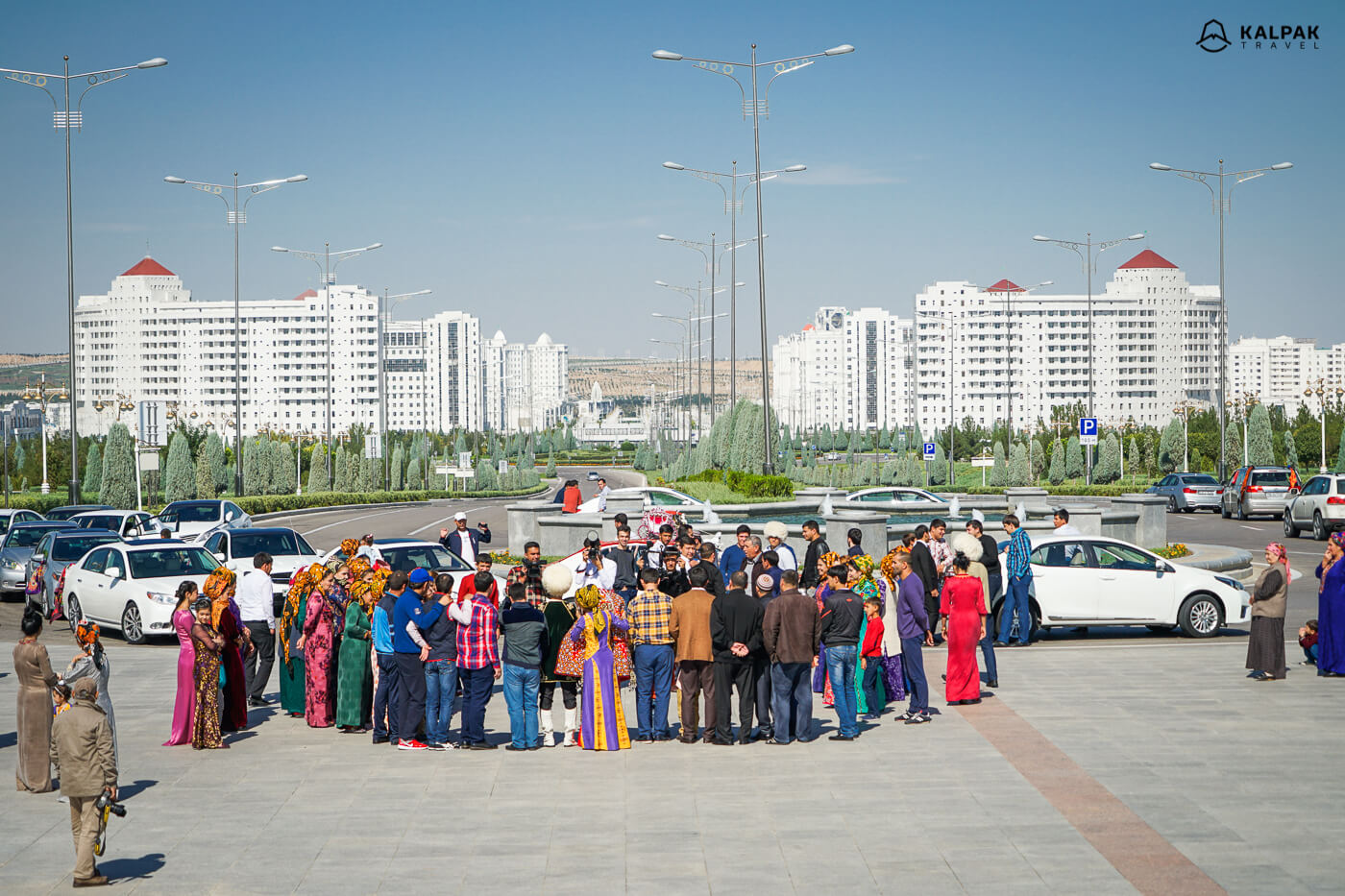 The largest Ferris Wheel indoors is another Guinness record and was inscribed as such in 2012. Its diameter is 57 meters and has 24 cabins inside.

If you would like to get to know the famous red carpets of Turkmenistan and its symbolism, head to the carpet museum. Here you will also find the world’s largest carpet, which weighs 1105 kilograms. 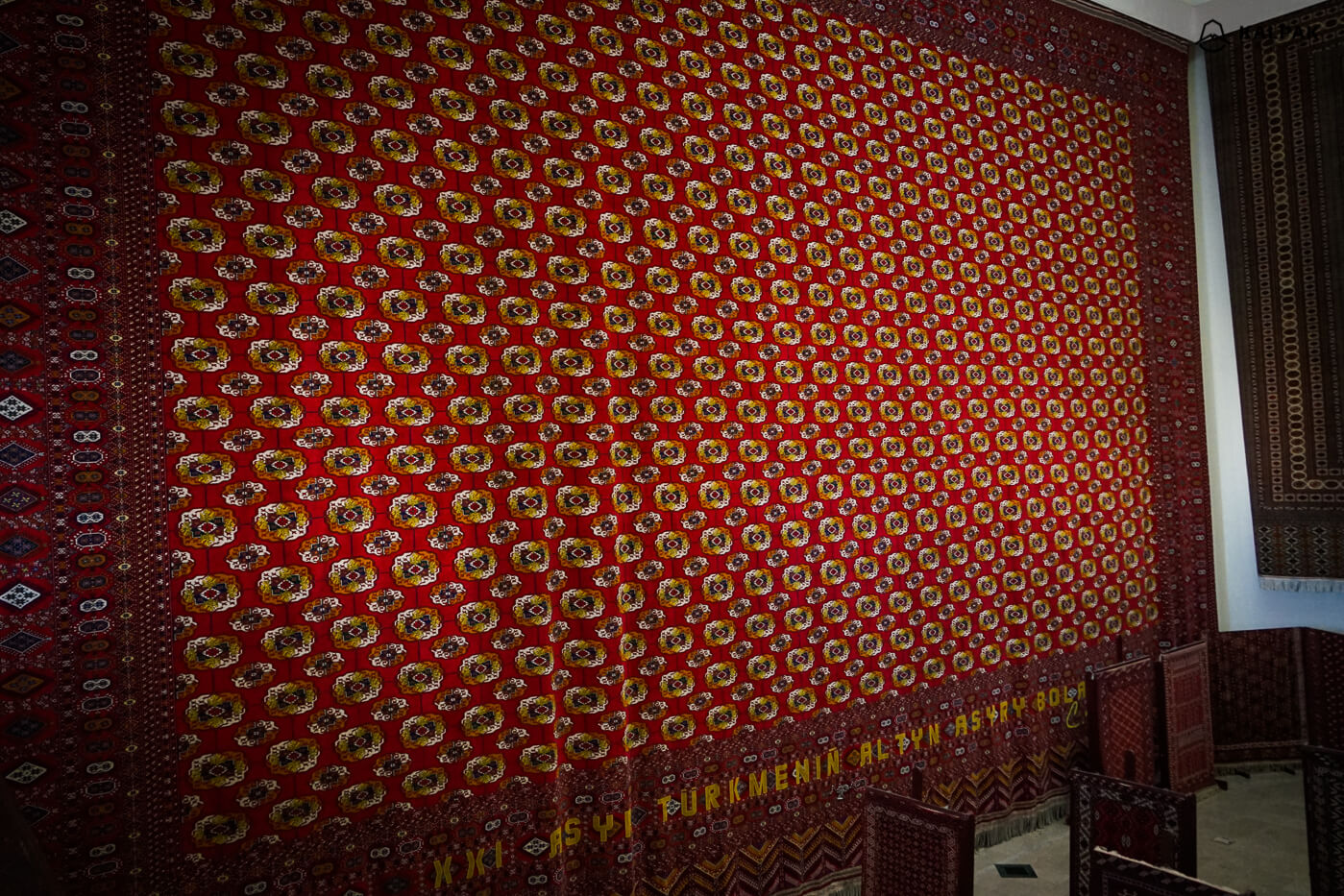 Another large complex opened in 2014 and is dedicated to those killed in battles in the long history of Turkmenistan, including soldiers killed in WWII and victims of the 1948 earthquake. On October 6, 1948, almost two-thirds of the population of Ashgabat was killed, and most of the buildings in the city were destroyed in the earthquake. 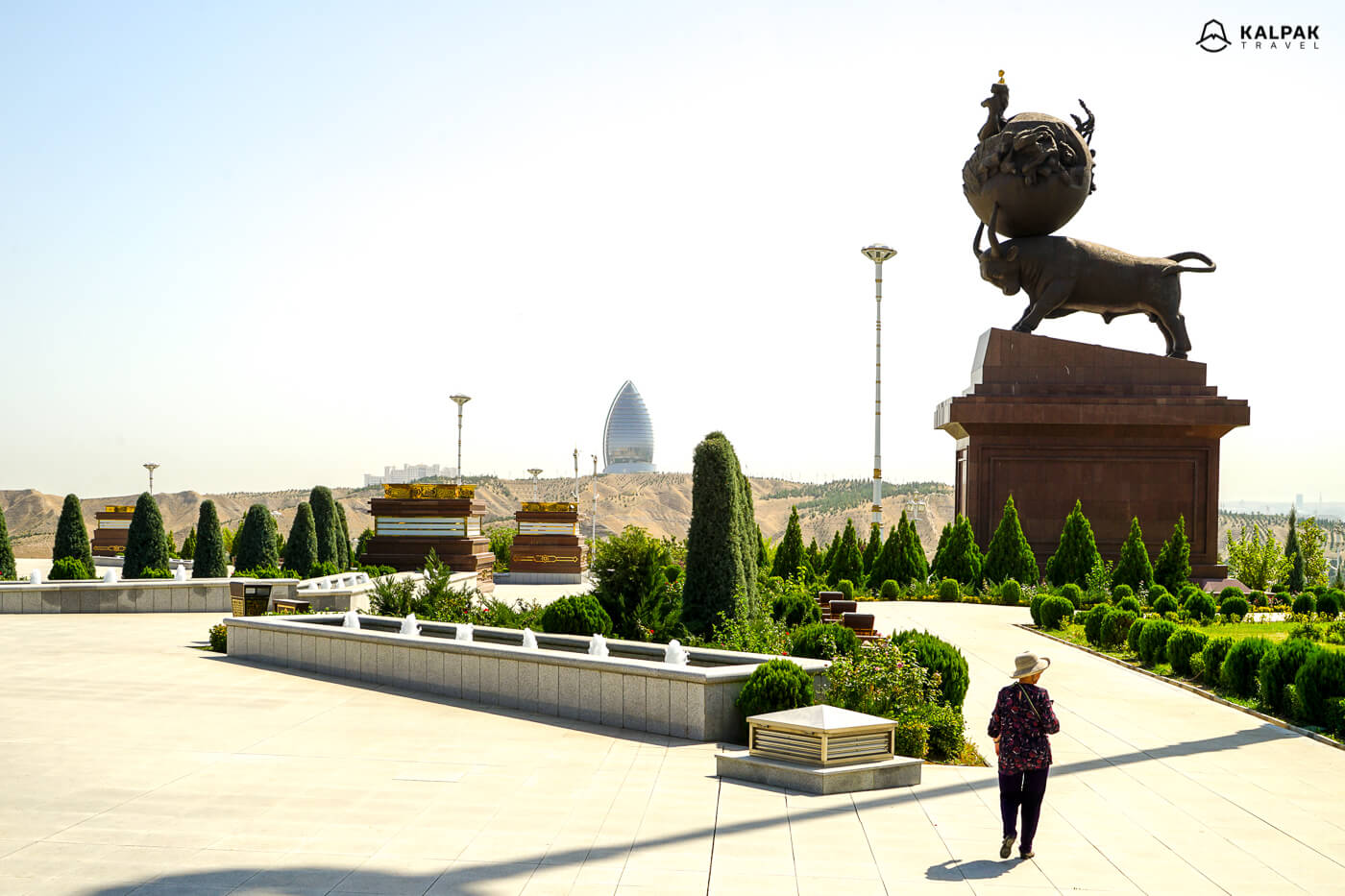 The Turkmenbashi Ruhy mosque, also known as the Gypjak Mosque, is located not far from Ashgabat, around 15 km away. It is located near the hometown of the first President, and near this mosque, there is also his family mausoleum. 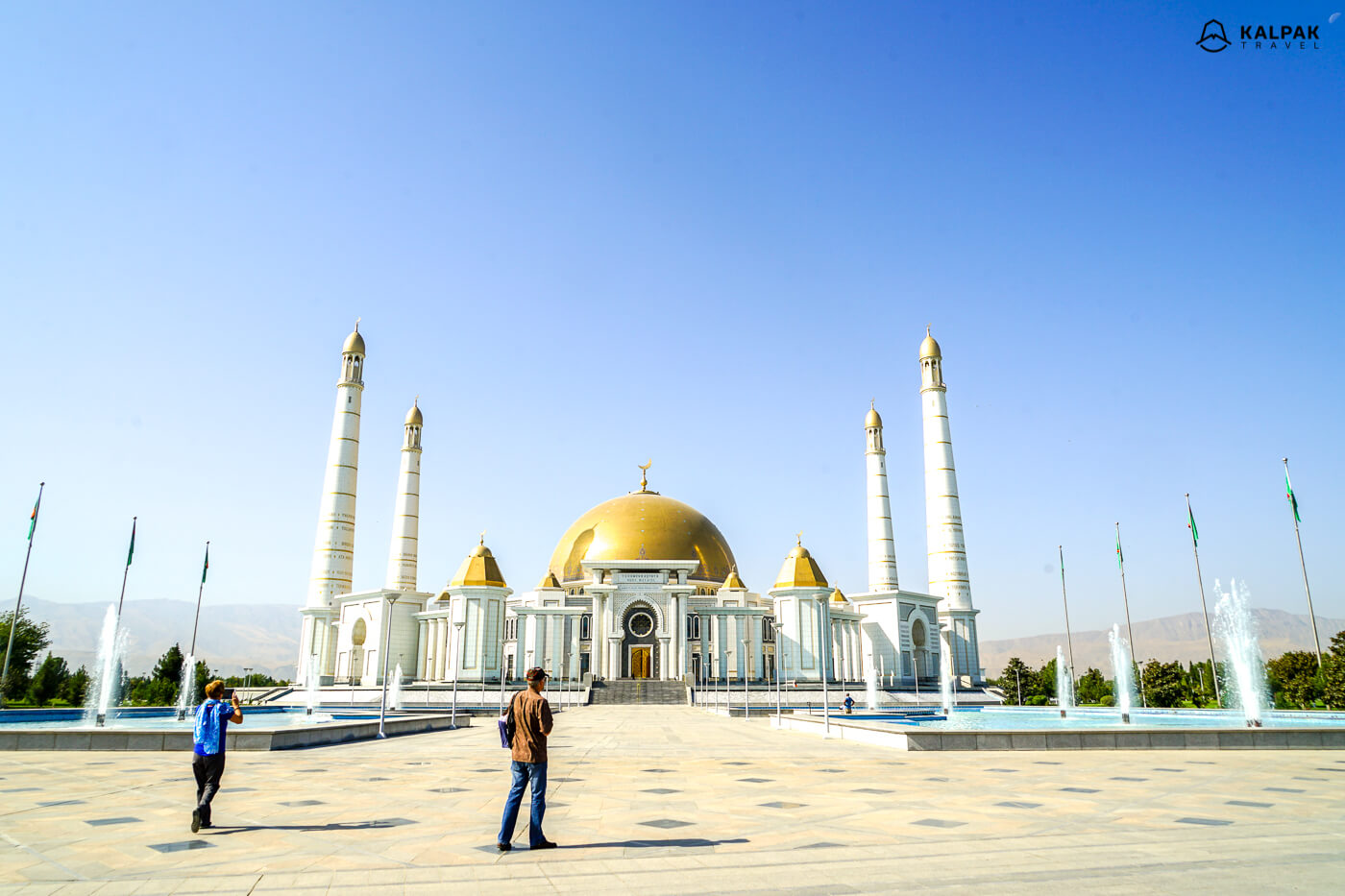 Old Nisa fortress is a UNESCO World Heritage site as it was one of the earliest cities of Parthian Empire. It is located in an atmospheric area on a hill, at the foot of the Kopet-Dag Mountains. 14 hectares in size, the fort accommodates two semi-excavated complexes of Parthian period (III c. BC – III c. AD) structures, designated as royal residence and temple complex. 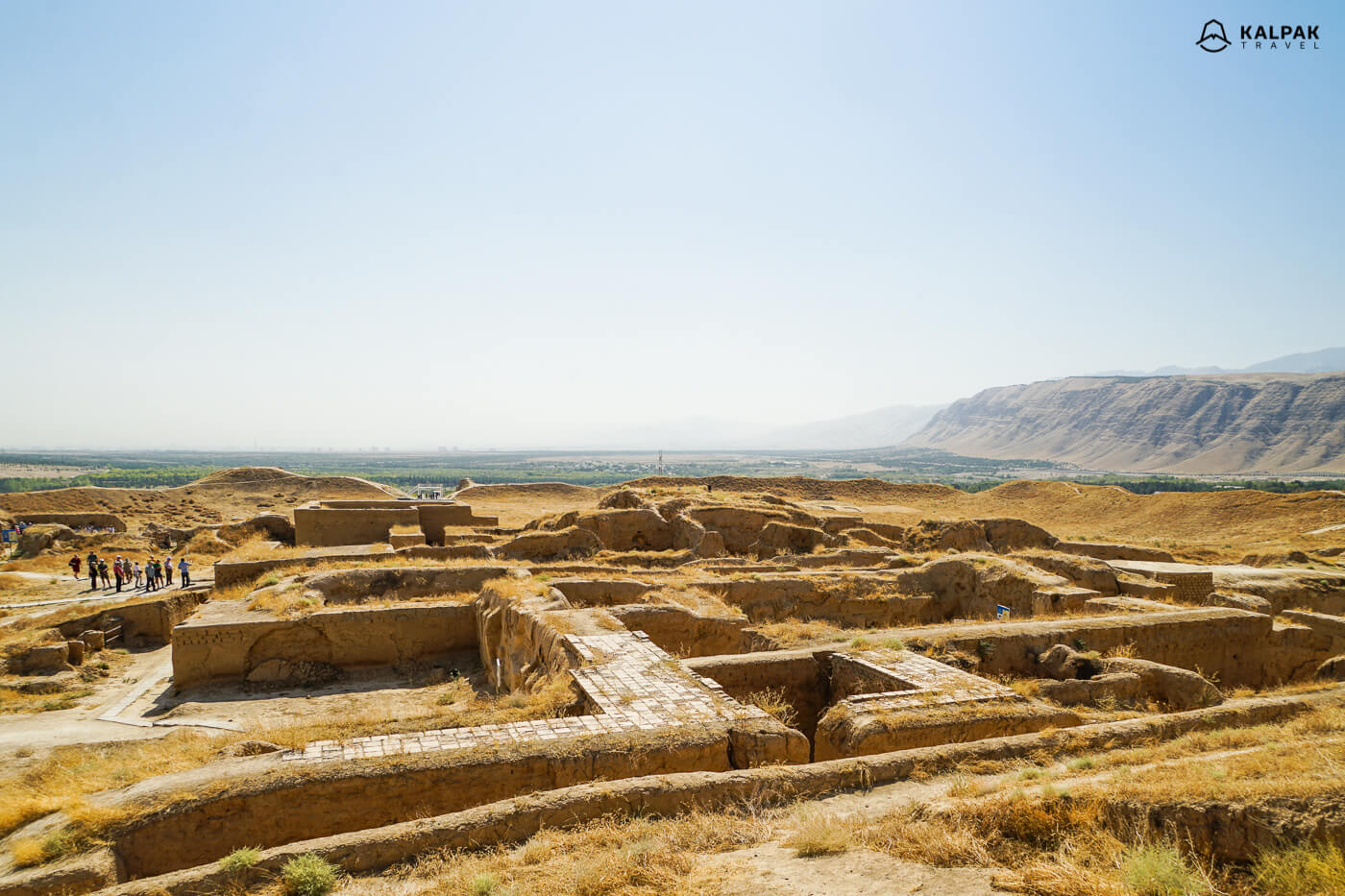 If you would like to see the famous Turkmen horses called Akhal Teke, you can visit a farm near Goekdepe, about 50 km west of Ashgabat. There the owner can show you the horses and tell you about their importance to Turkmen culture. 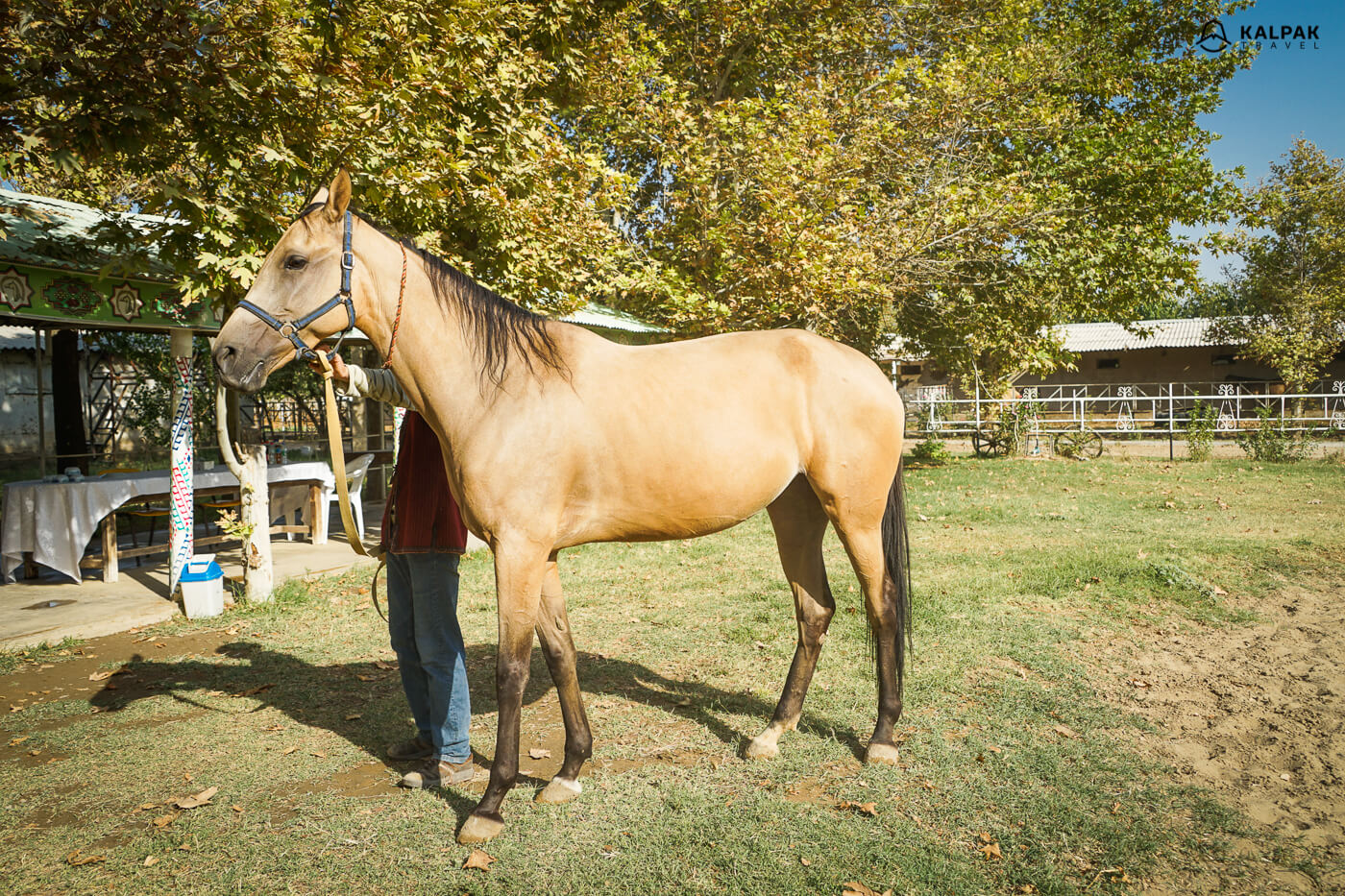 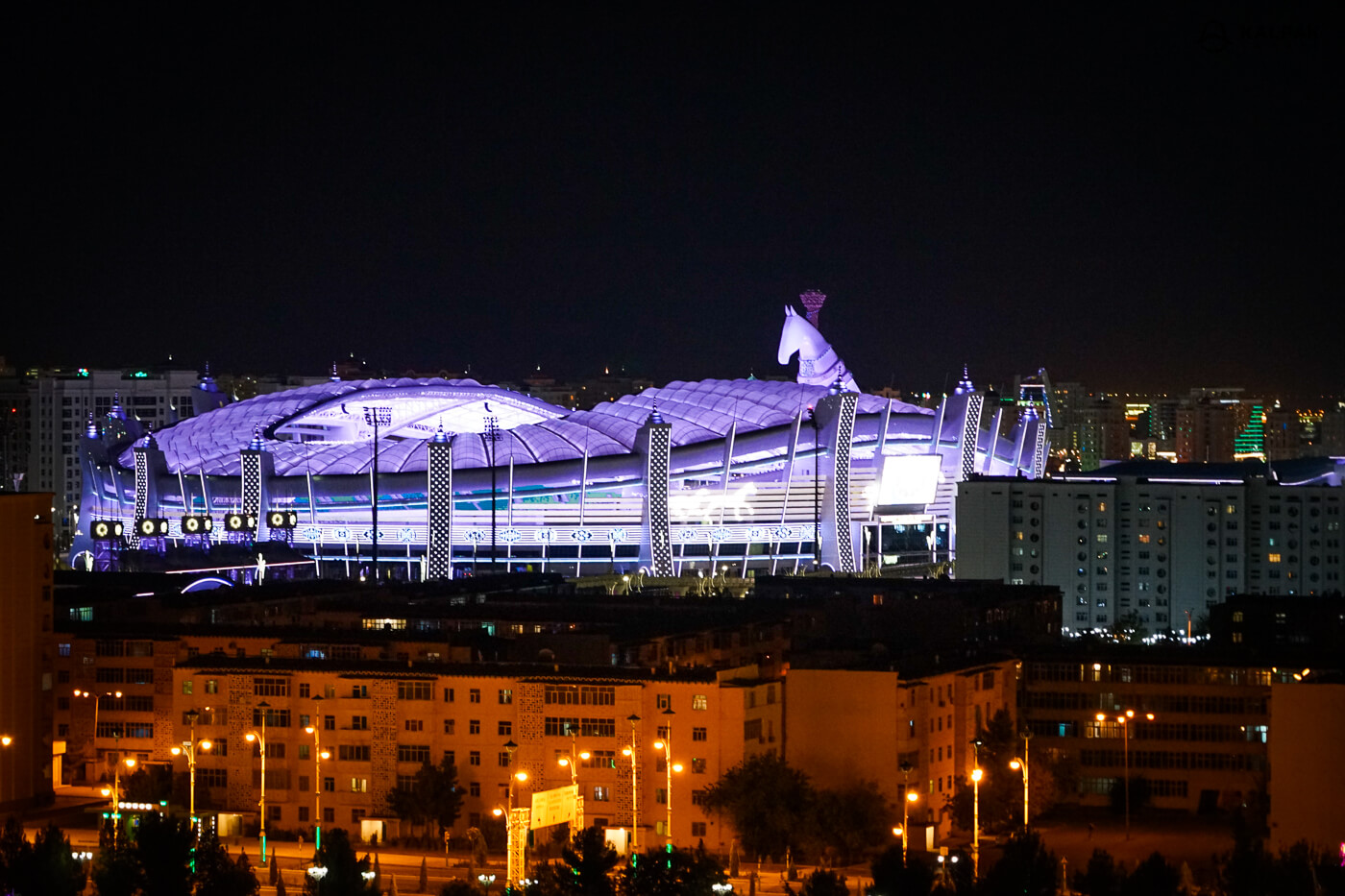 If you would like to explore Ashgabat on a small group tour, you can join our Best of Turkmenistan or Best of Central Asia Tour. You can also organize a private tour around Turkmenistan and create your own unique itinerary.