Issyk Kul is known locally as the “Pearl of Kyrgyzstan.” It is a large lake surrounded by mountains and one of the most prominent touristic highlights of the country. Issyk Kul lake was formed roughly 25 million years ago and has an endorheic basin. Issyk Kul is located at an altitude of 1600 meters; its length is 178 km, its width varies from 30 to 68 km, and the deepest point is 668 meters. Its coastal line is 669 kilometres; if you drive around the lake by car, you will need around 7 hours. The name of the lake translated from Kyrgyz language means “hot lake,” since it does not freeze in winter. 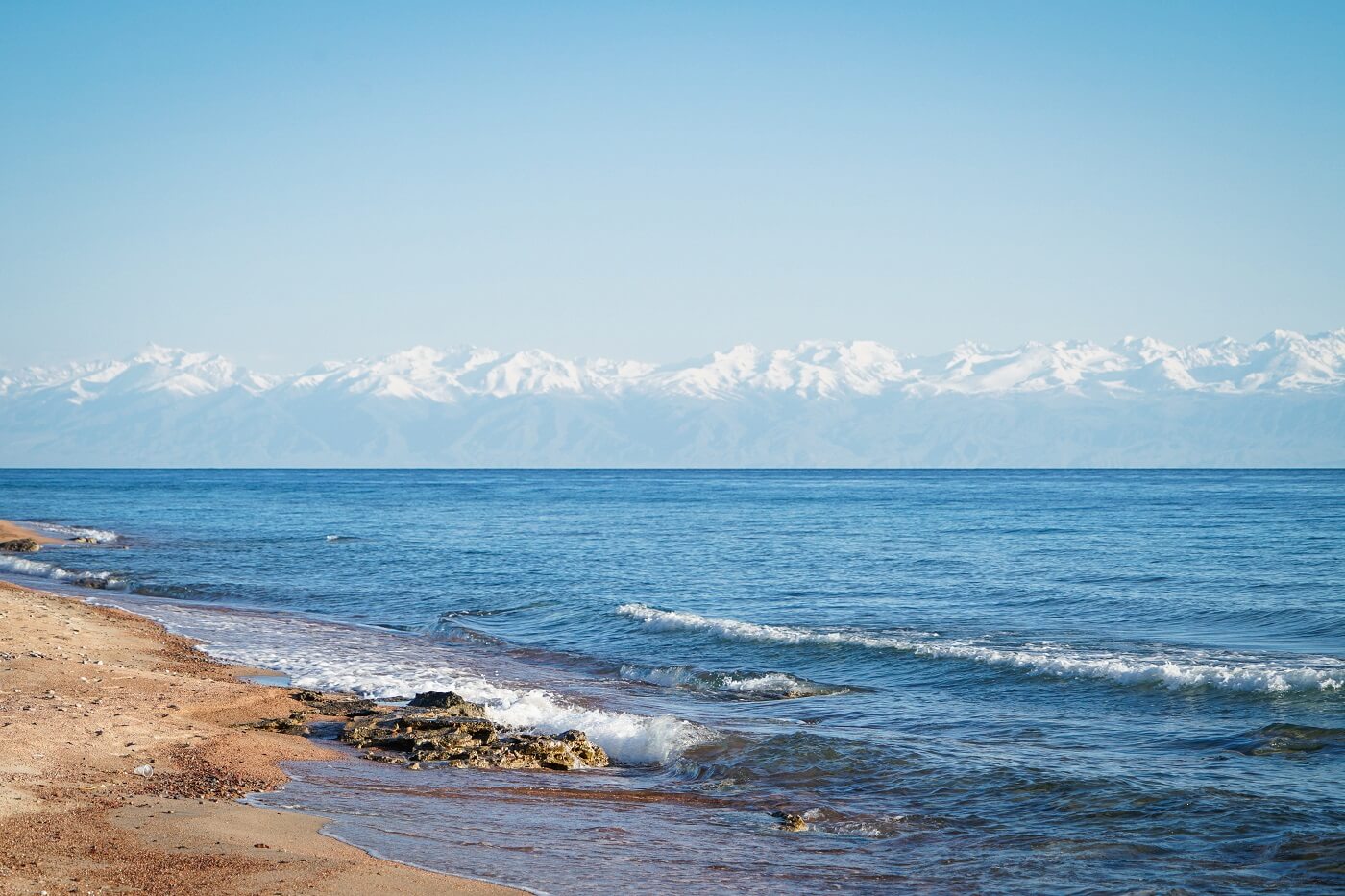 The Issyk-Kul State Reserve was established in 1948 to protect its unique nature landscapes as well as its fauna and flora. In 1976, it was included on a Ramsar list or, in other words, it was acknowledged and is protected as wetland of international importance. Around 70 000 migratory birds come to lake for wintering. In 2001 Biosphere Reserve Issyk-Kul was established and included in the list of the UNESCO World Network of Biosphere Reserves. There are around 50 types of mammals, 285 types of birds, and 28 fish species. 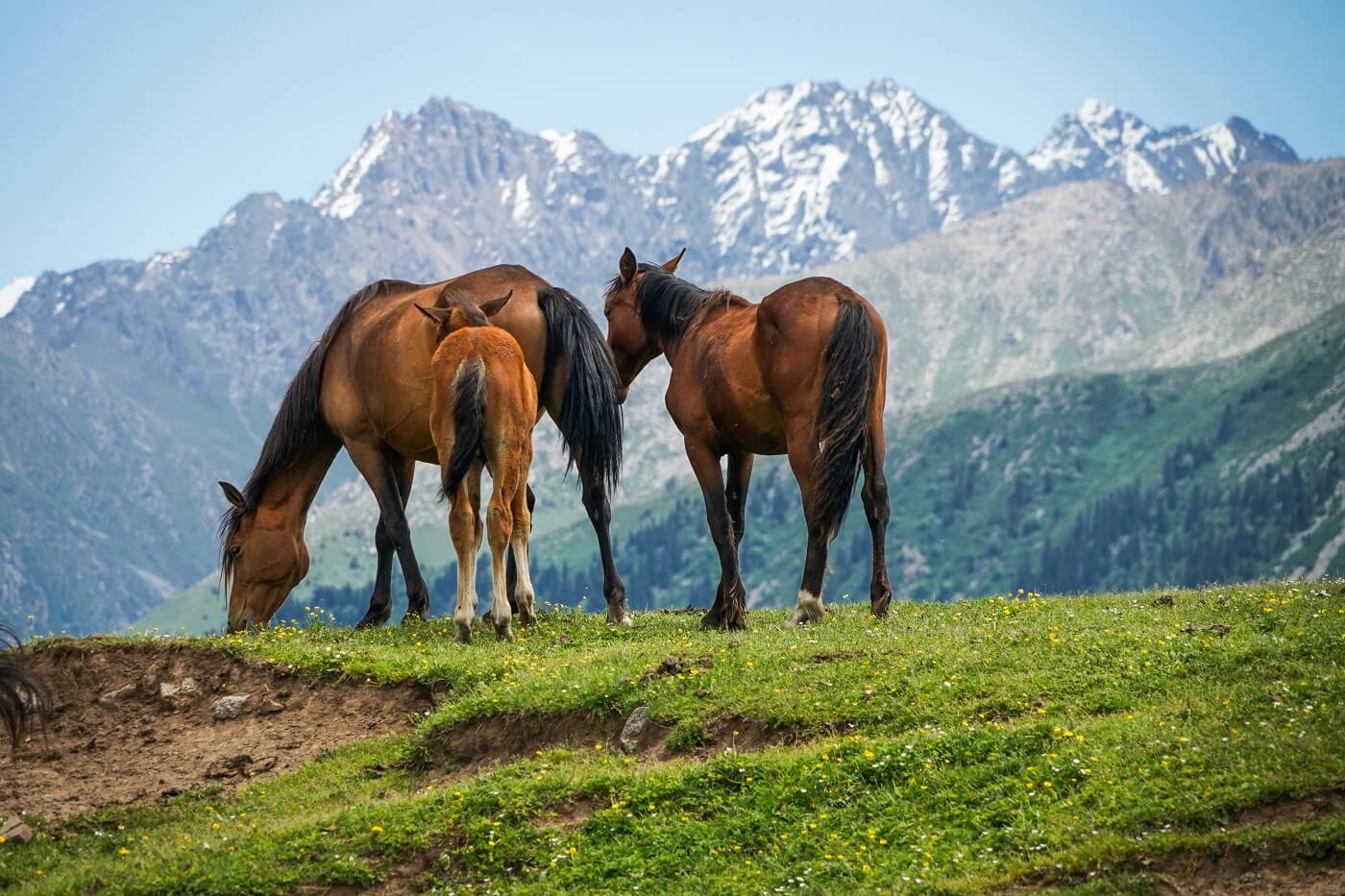 The Issyk Kul administrative region is big and borders Kazakhstan and China. The highest peak of Kyrgyzstan is located in the Eastern part of Issyk Kul region and called Peak Pobedy or Victory Peak. Its height is 7439 meters. Another famous peak is called Khan Tengri, and its height is 6995 meters or, if counted with the top glacier, covers 7010 meters. 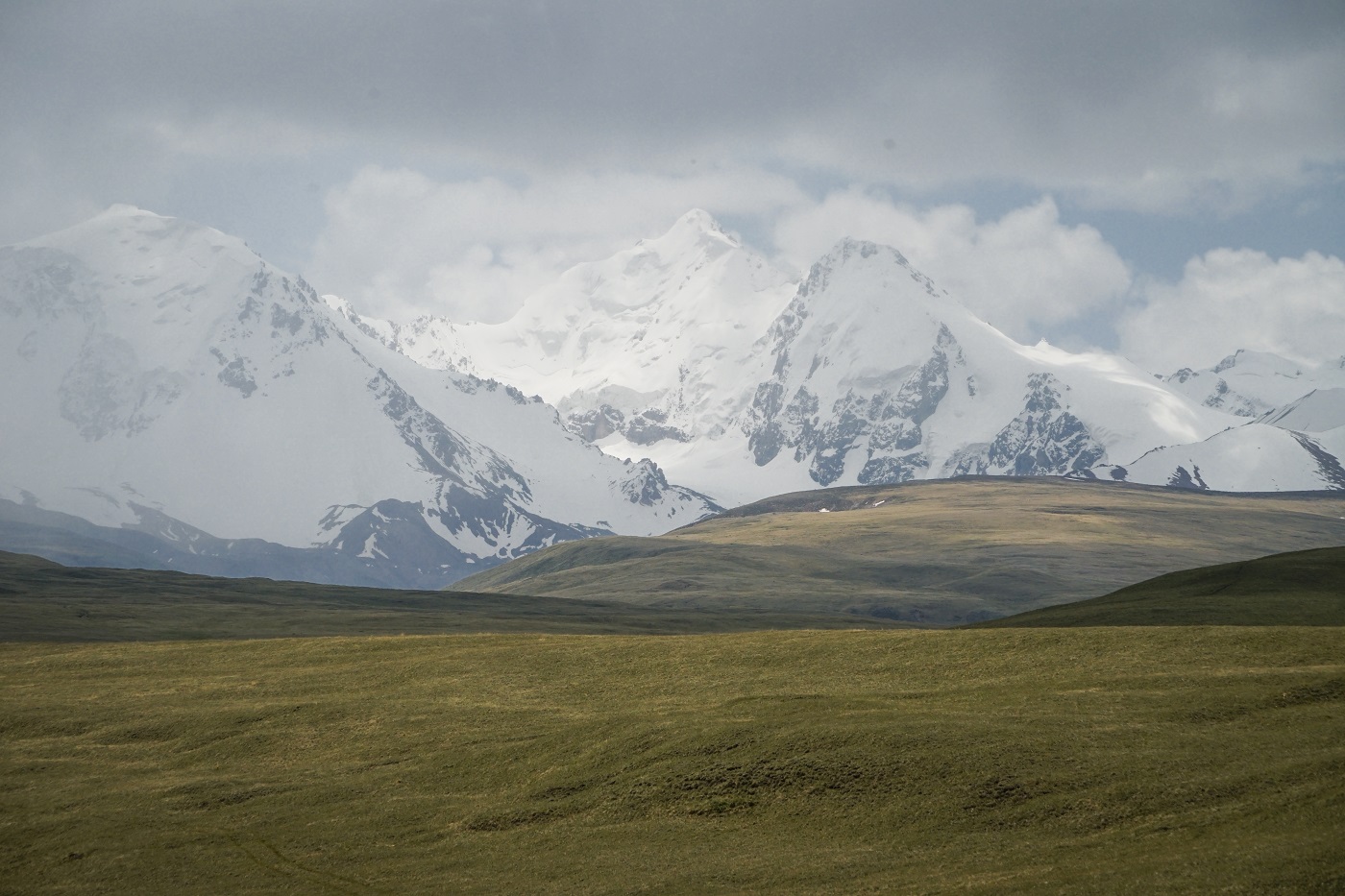 Climate of Issyk Kul region is mild due to the large nonfreezing lake. In summer, the average temperature is around 20 °C and in winter around -2°C. The eastern part of Issyk Kul has more precipitation and nature there is greener. The reason for it is two air currents blowing from the east and the west. The Western wind is locally called Ulan, and it is much stronger than the Eastern wind called Santash. Strong air currents from the west blow clouds to the eastern side of the lake, and sometimes the wind can be as strong as 40 meters per second. 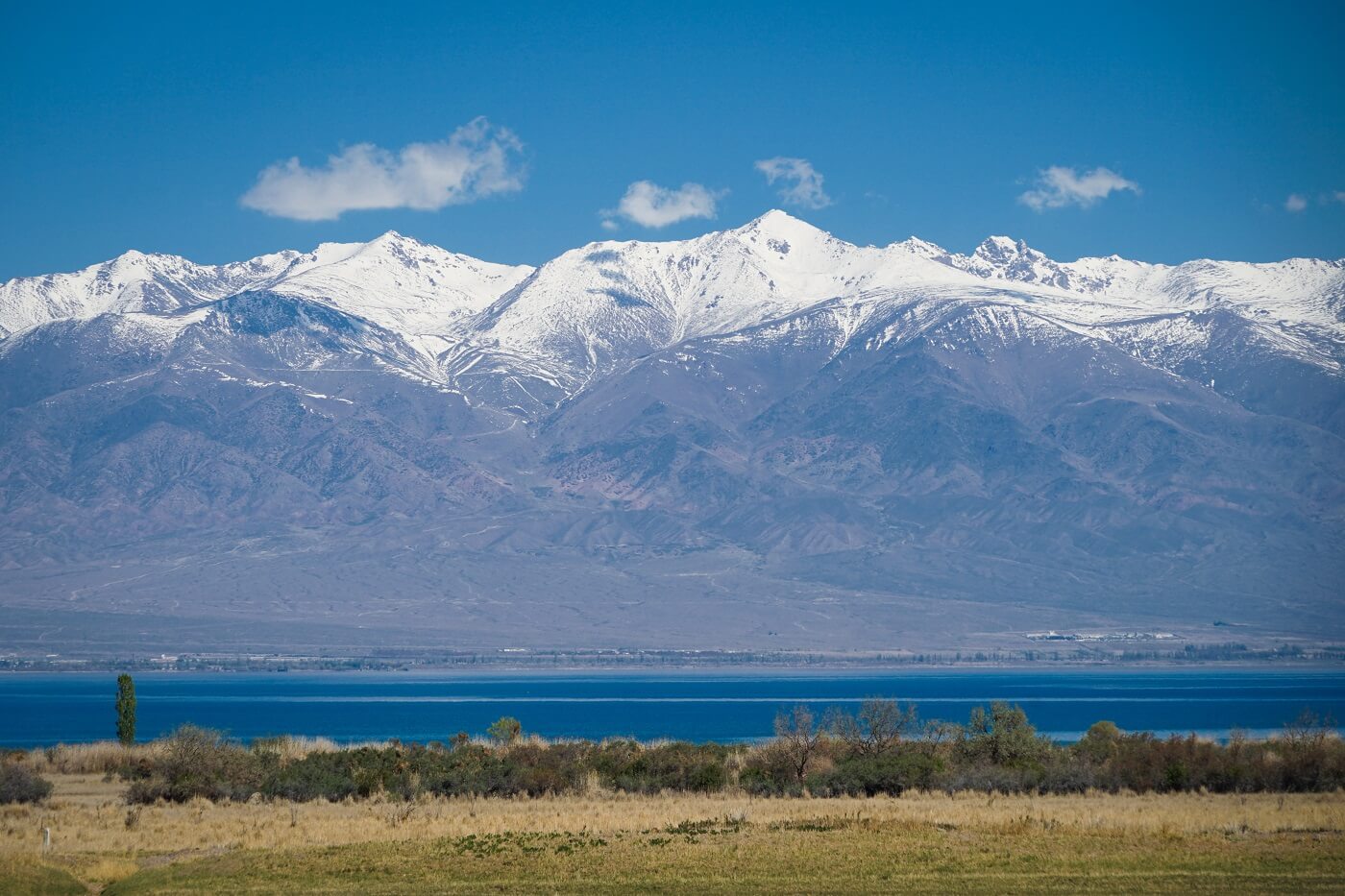 Thus, the western end of the lake has drier barren landscape, and the eastern part of the lake and the nearby mountains are covered with spruce forests. The tree line here goes up to 2500-3000 meters, and the climatic snow line reaches at around 3600 meters. 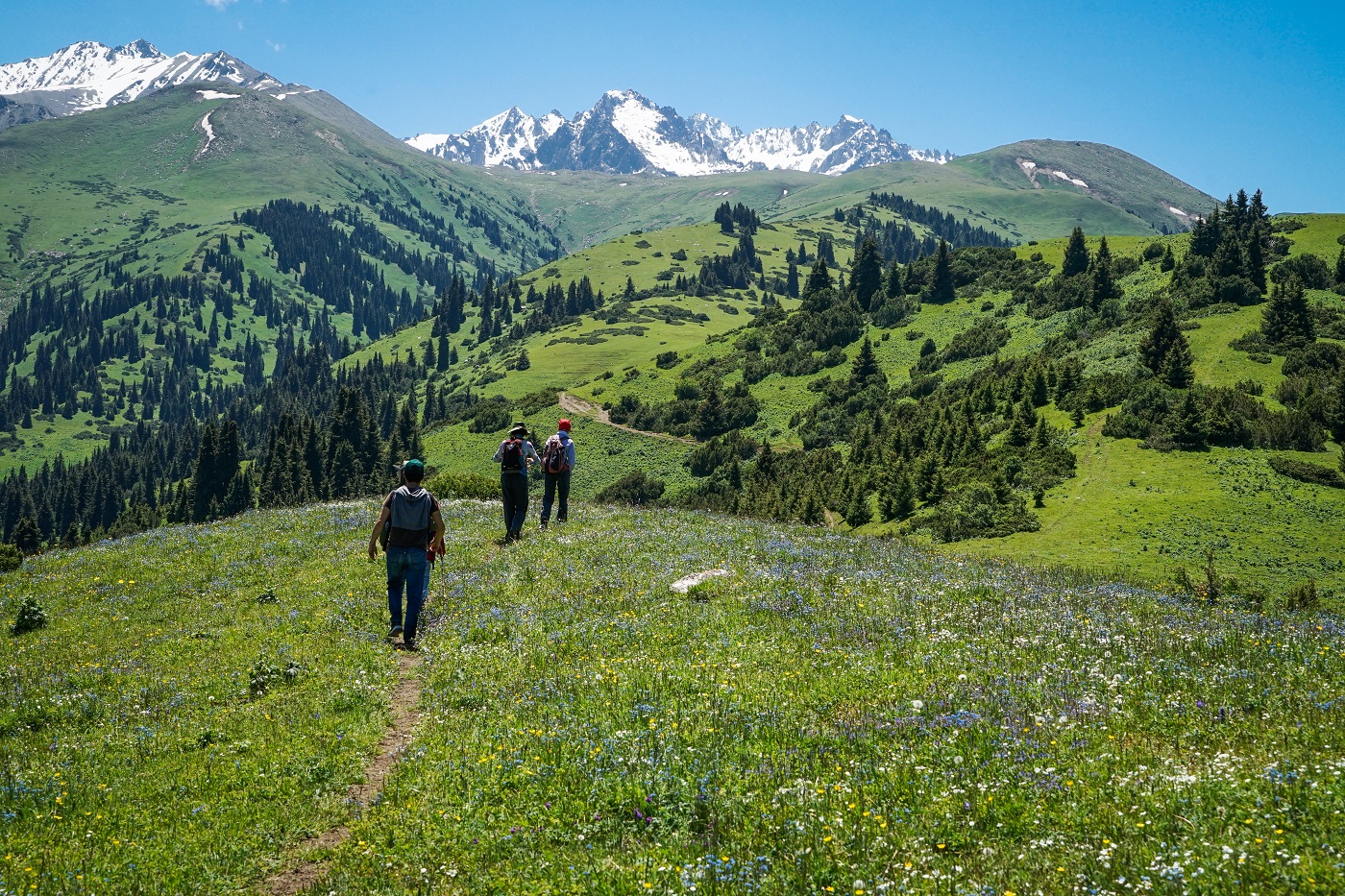 During the Soviet Union, Issyk Kul was famous for its health resorts, sanatoriums with hot mineral springs. It is also popular among locals as a beach destination, especially the middle of the northern shore, areas near Cholpon- Ata city. Here the climate is not as windy and dry as in the eastern end of the lake, not too cool, and has better sand beaches than the western end of the lake. There are many Soviet and post-Independence newly built resorts; however, the water does not get very warm. It is around 20°C in the high season of July and August. 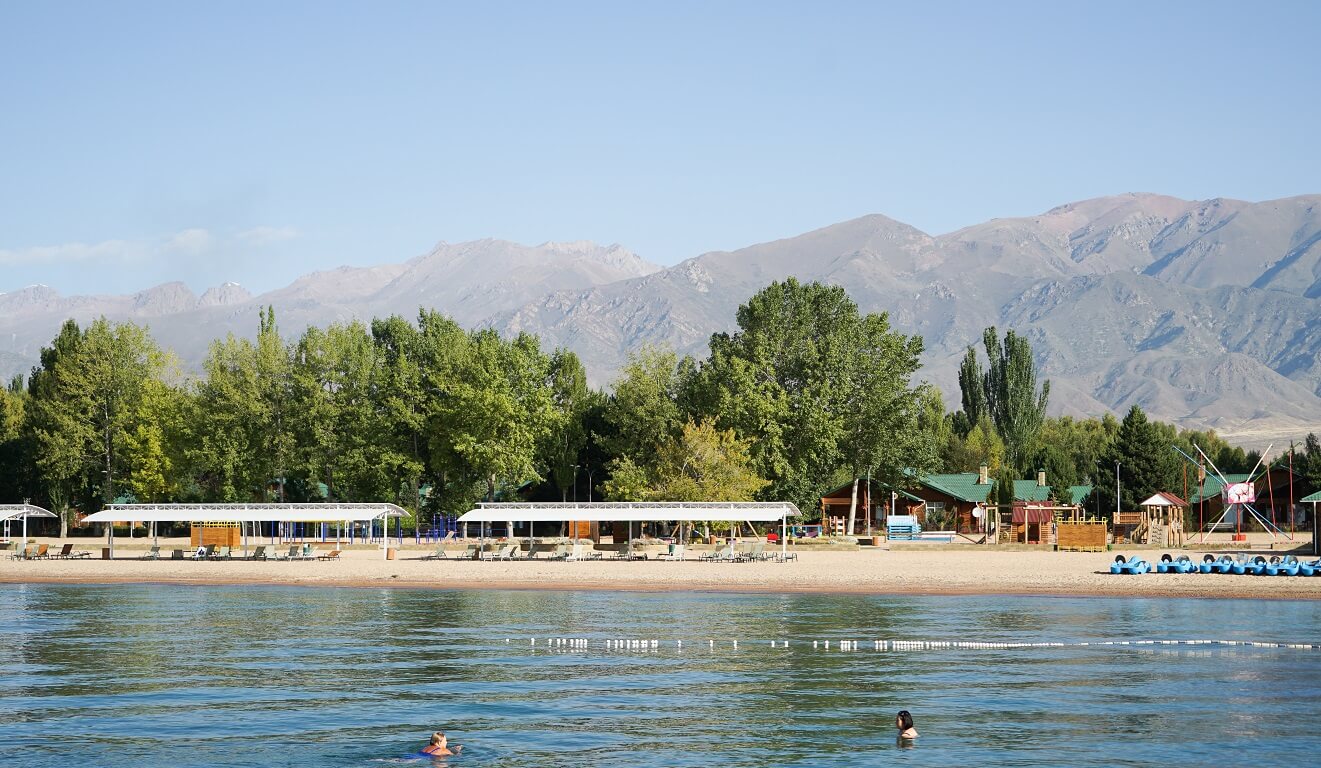 There are also many yurt resorts, summer pastures, and trekking routes around the lake and nearby mountains. 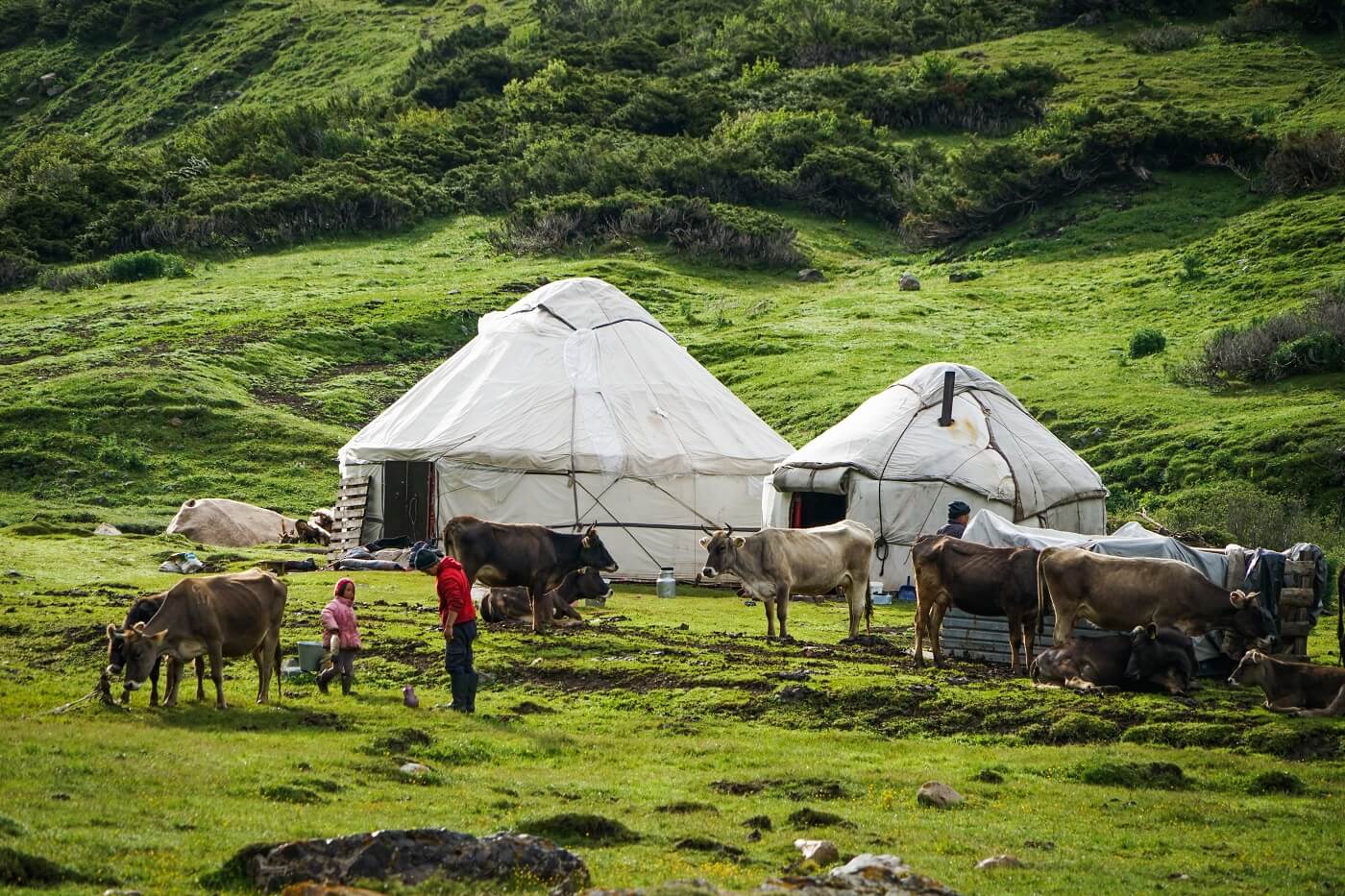 Below are some of the top places that we can recommend visiting around Issyk Kul region.

Go on a sightseeing tour of the town’s most interesting sights. These include the Dungan Mosque, built in 1904; 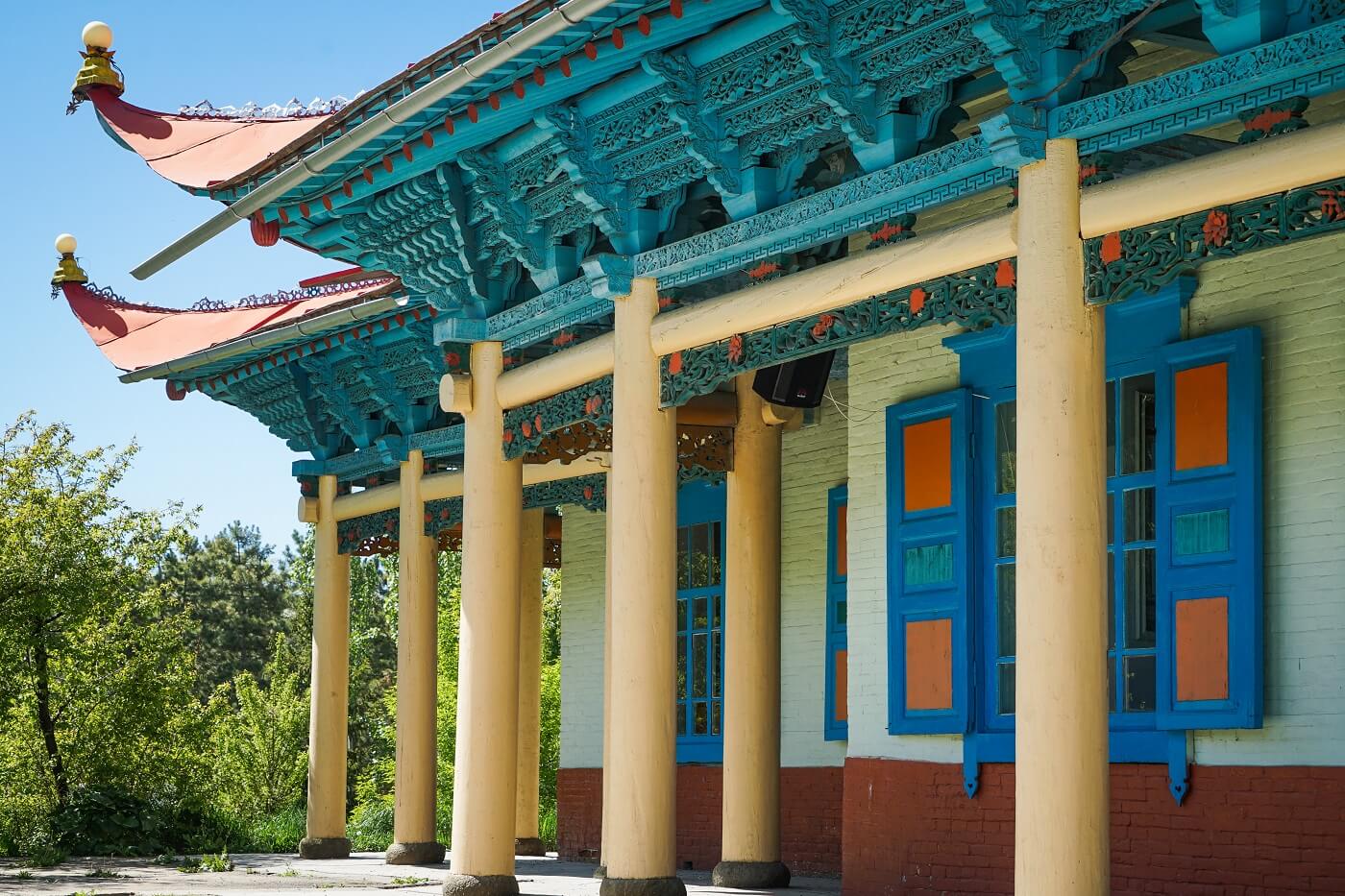 and the wooden Russian Orthodox Church, which has been standing since 1869. You can also download for free a Karakol city tour that you can use offline. 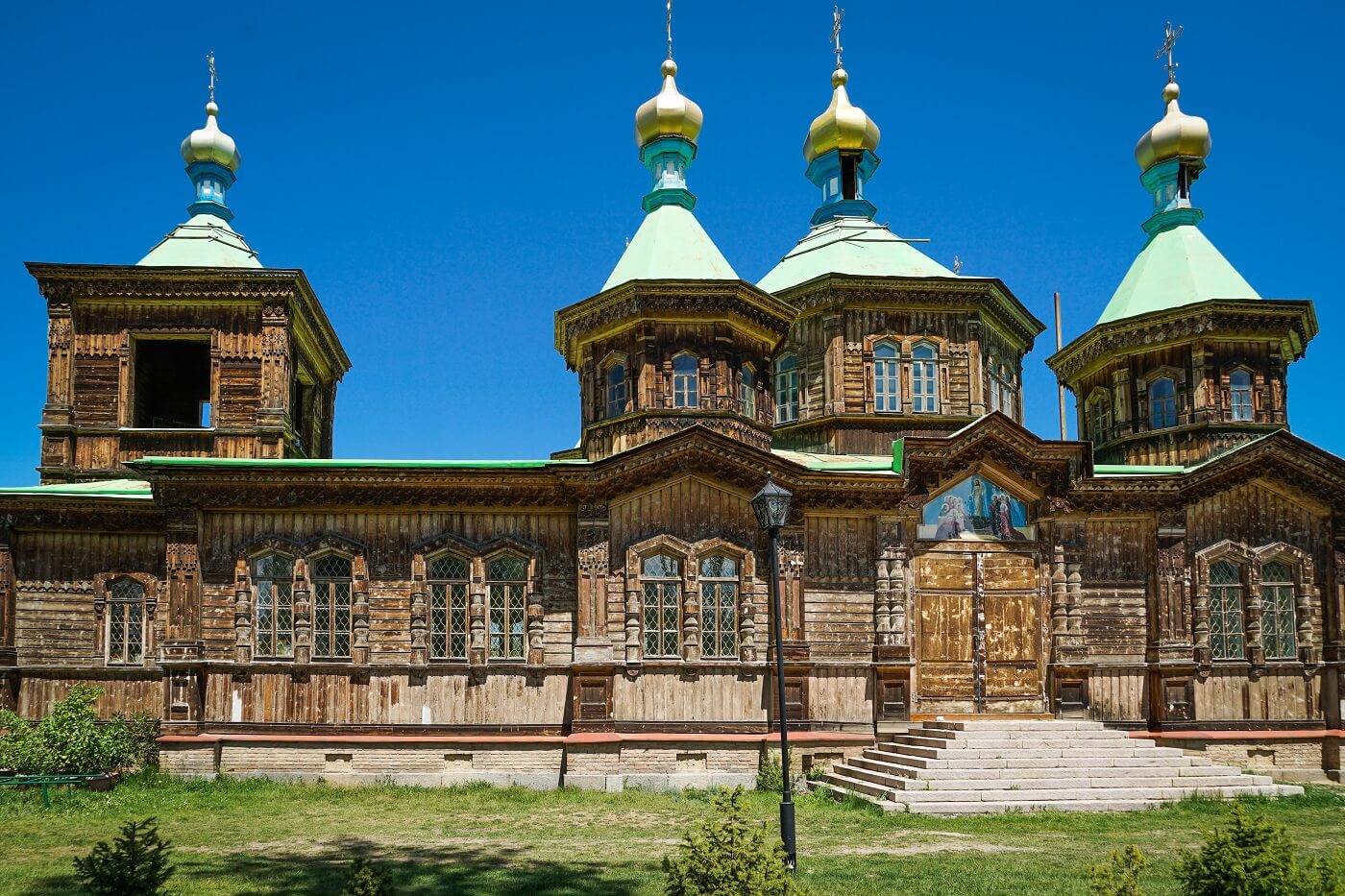 This valley is one of the most visited and famous places among locals and travelers. The rock formations on one side are called Djeti Oguz or “Seven Bulls” 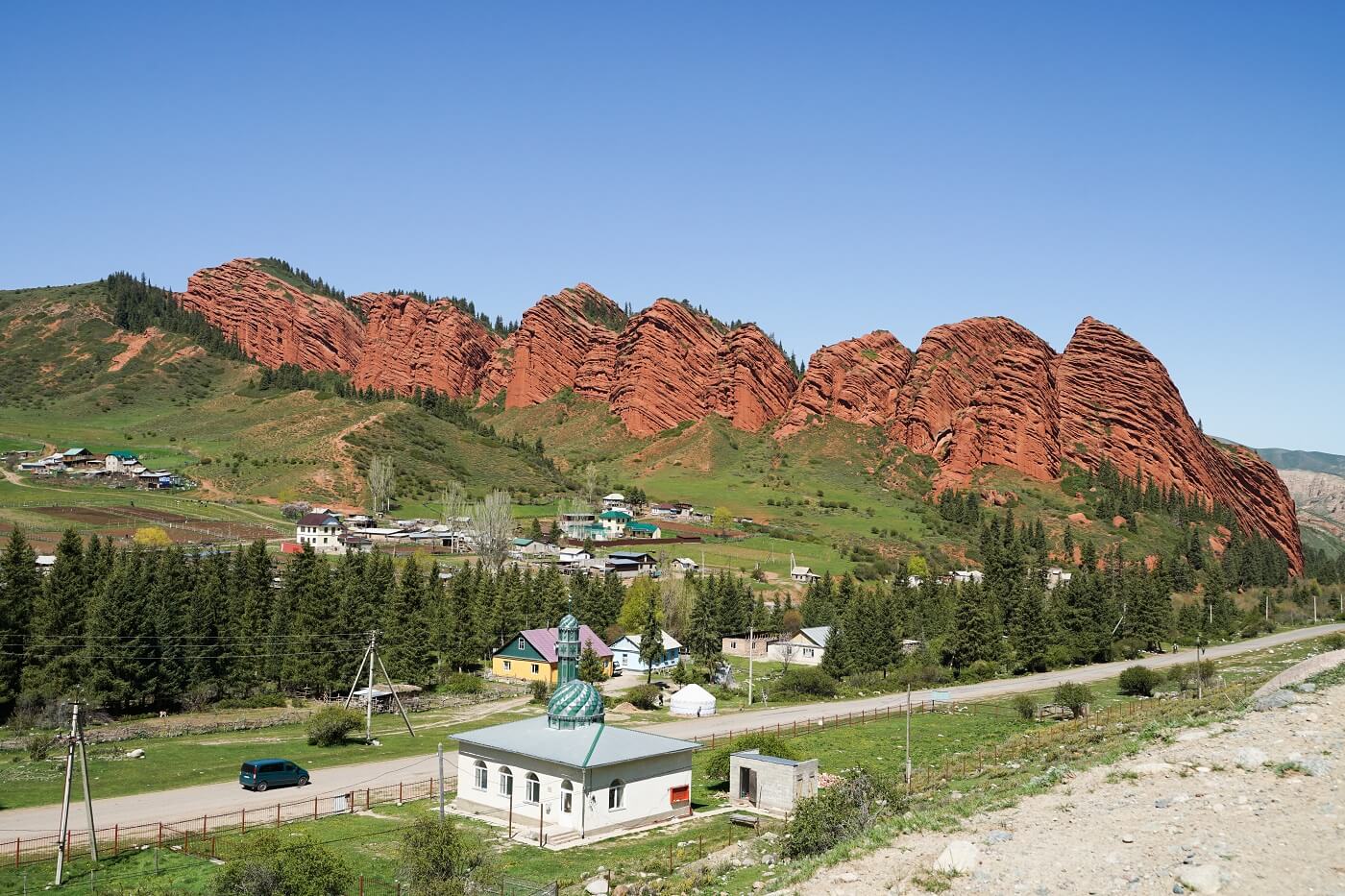 and on the other side “The Broken Heart.” 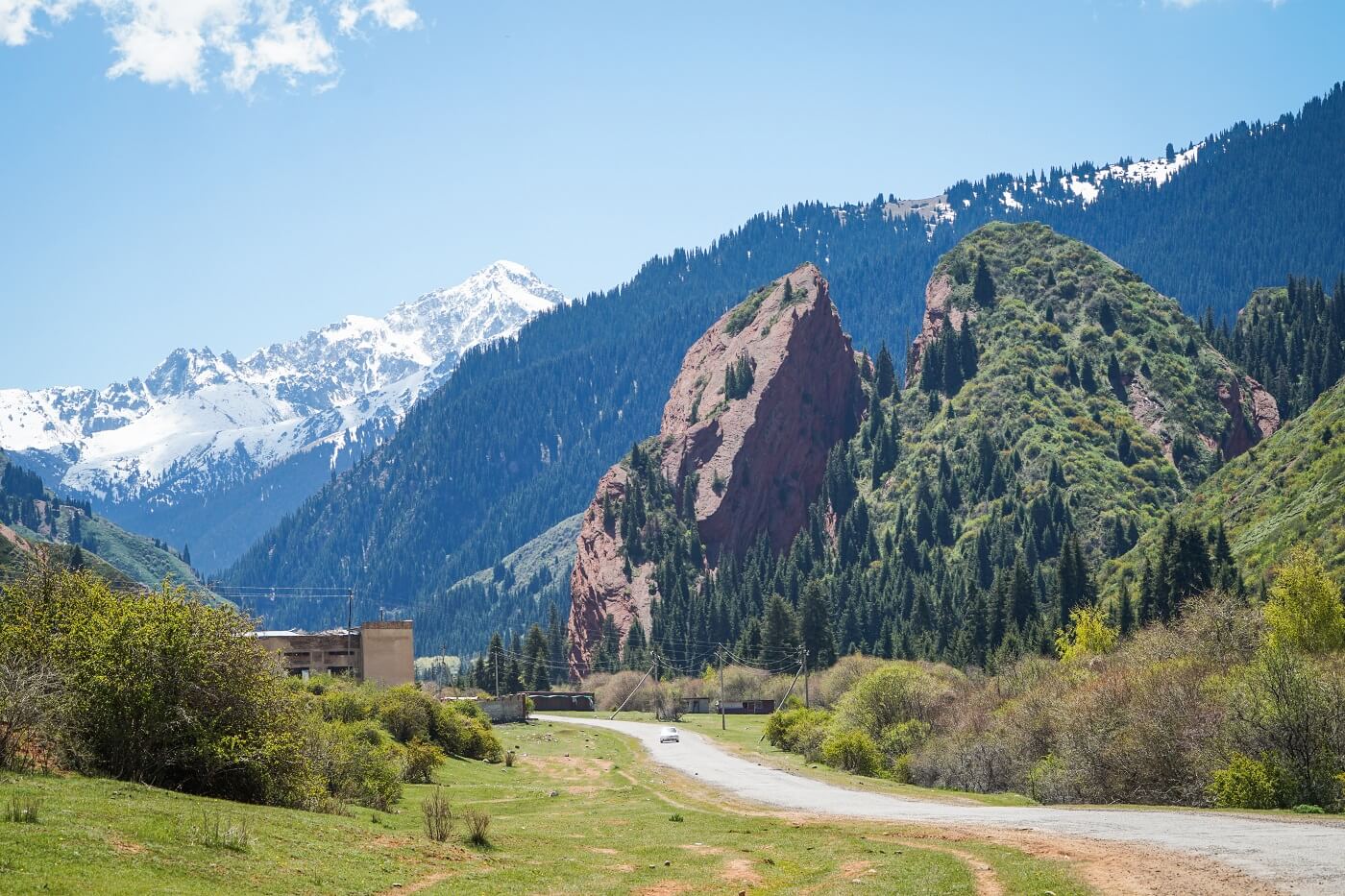 These names are tied to local legends of tragic love and sacrifice. There is also a Soviet-built sanatorium there and routes in the valley lead to further trekking destinations. 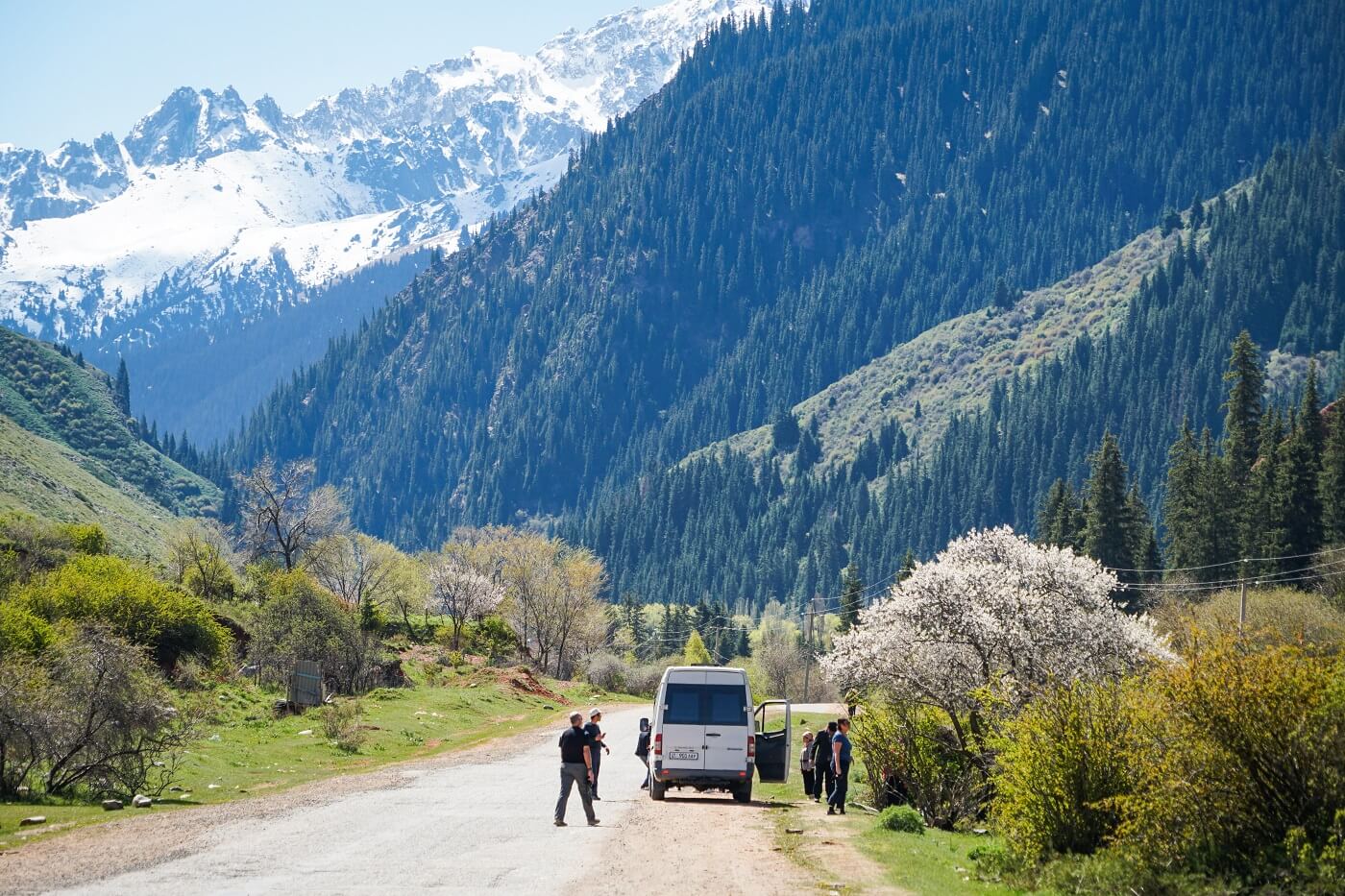 Jyrgalan village is a good starting point for trekking, horseback riding, and mountain biking. Jyrgalan is one of the longest rivers flowing into Issyk Kul lake and the valley has same name. 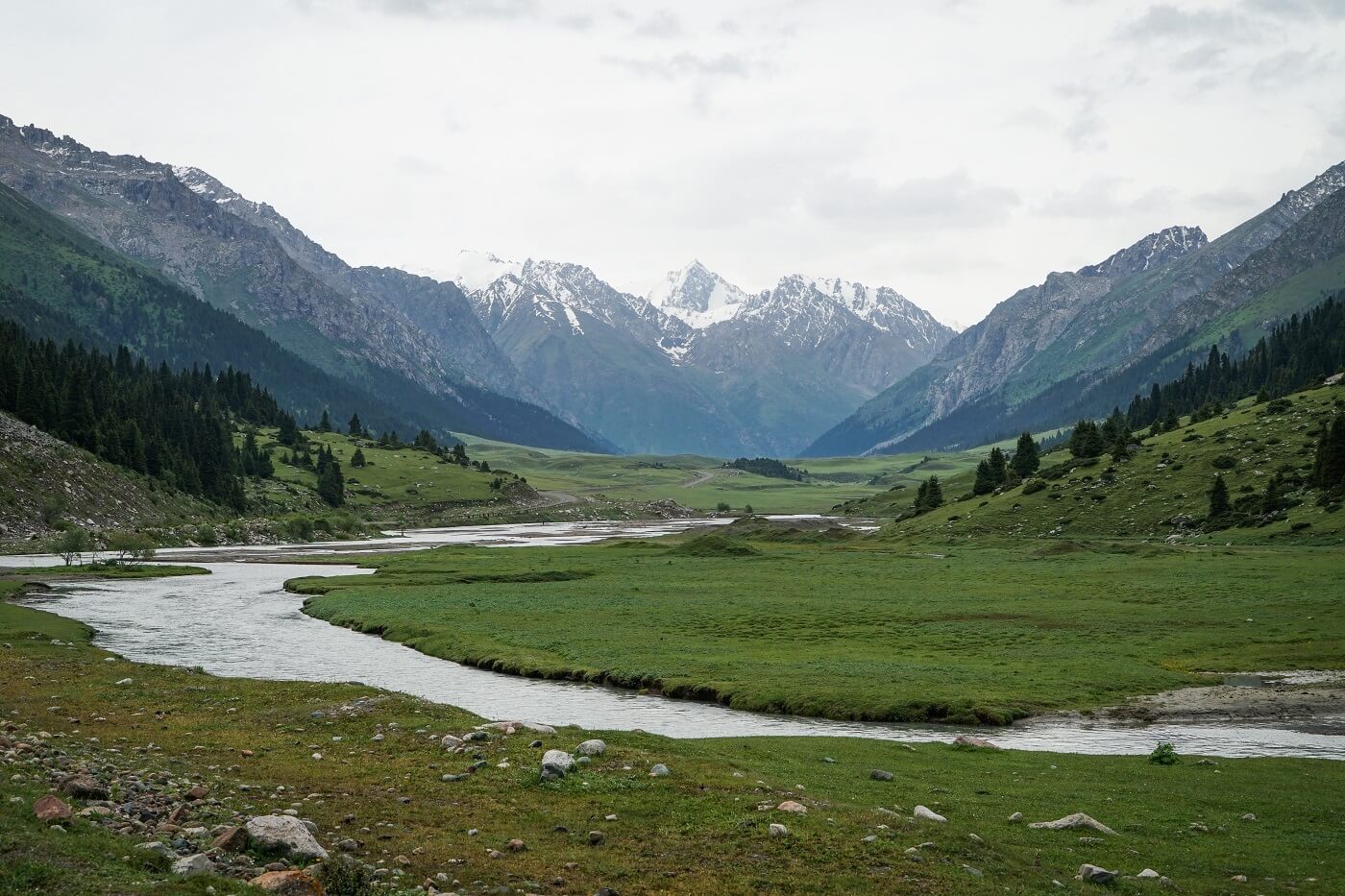 Trekking at Ala Kol 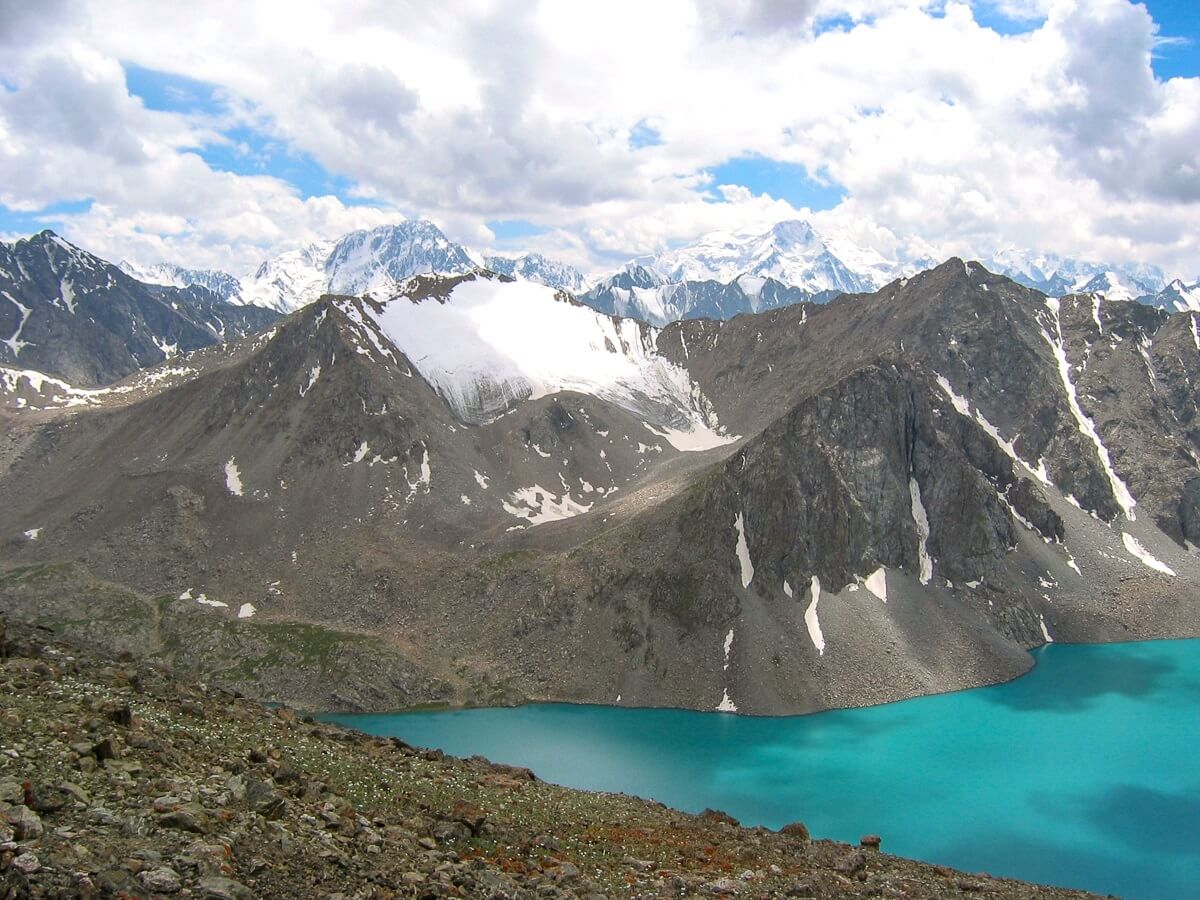 Cholpon Ata is a city on the northern shore of the lake and is popular for beach holidays among locals. In the city museum you can see some artifacts found at the bottom of the lake Issyk – Kul. There are several sunken cities under the lake, but they are not well researched yet. There are couple of sightseeing places near the city such as Rukh Ordo open-air museum about world religions, a hippodrome that is used for the World Nomad Games and well-preserved petroglyphs. 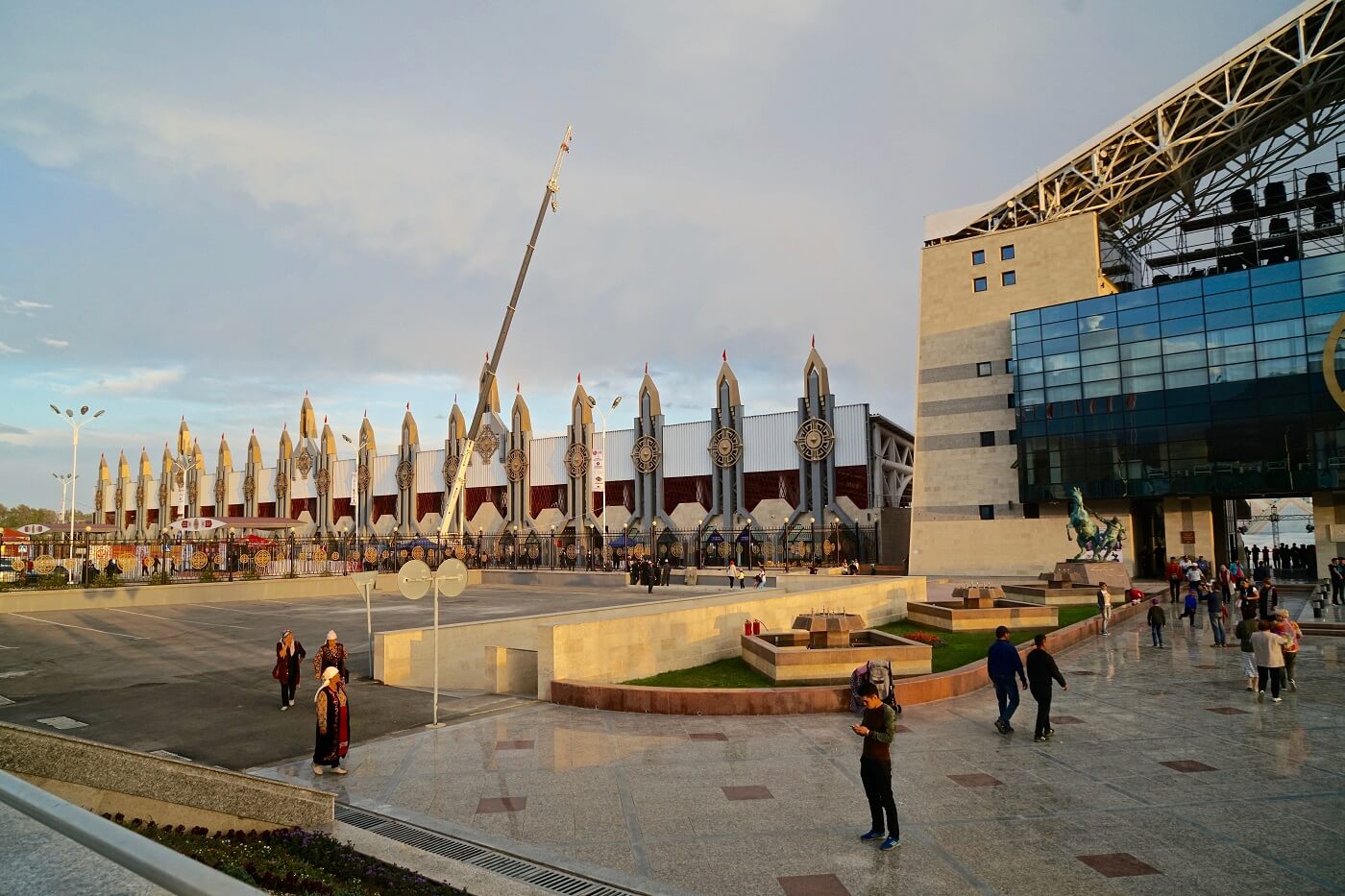 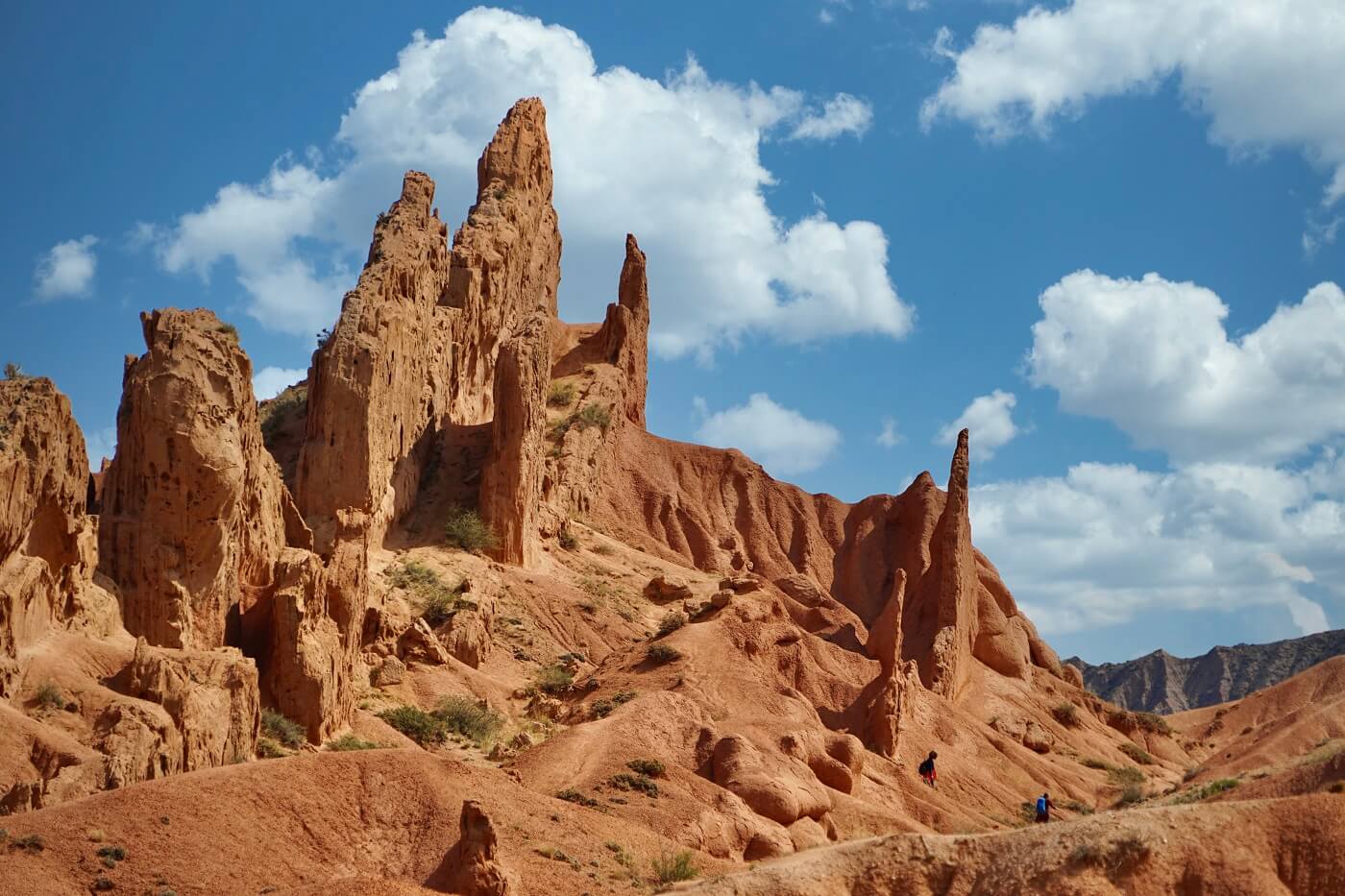 There is a network of community-run organizations that promote sustainable tourism through homestays and offer cultural experiences for travelers. For example, you can see how yurts are made, how felt rugs are produced 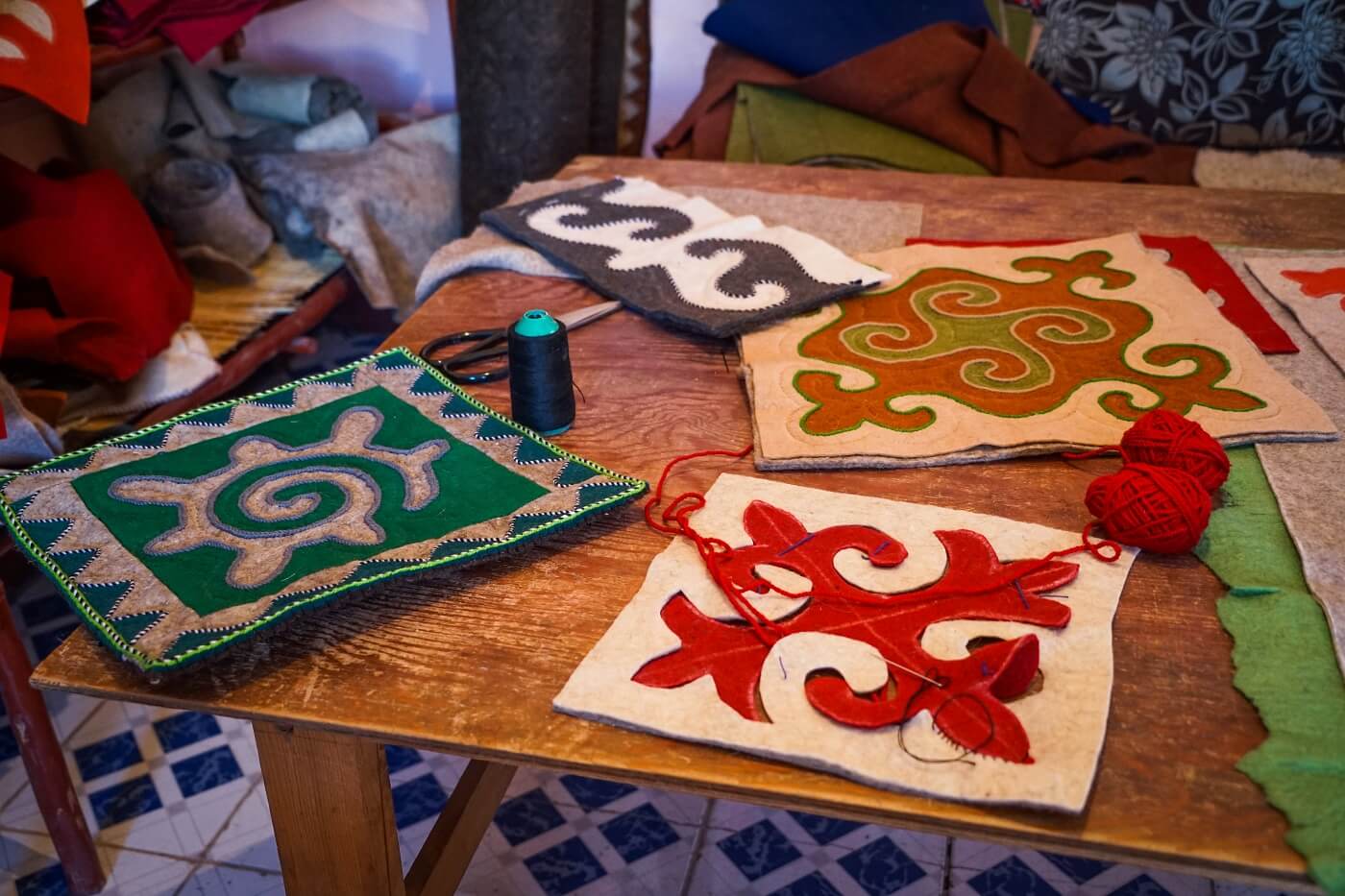 Issyk Kul is one of the unmissable destinations when visiting Kyrgyzstan. There are many cultural, historical, and adventurous activities that you can undertake there. You can also combine your visit to Issyk Kul with a tour through Central Asia, a trekking tour, or just take time to explore Kyrgyzstan.