Dushanbe is the capital of Tajikistan and the largest city in the country. It is located in Hissor Valley, next to Hissor mountain range at the junction of the Varzob & Luchob rivers that come together and flow as Dushanbinka. 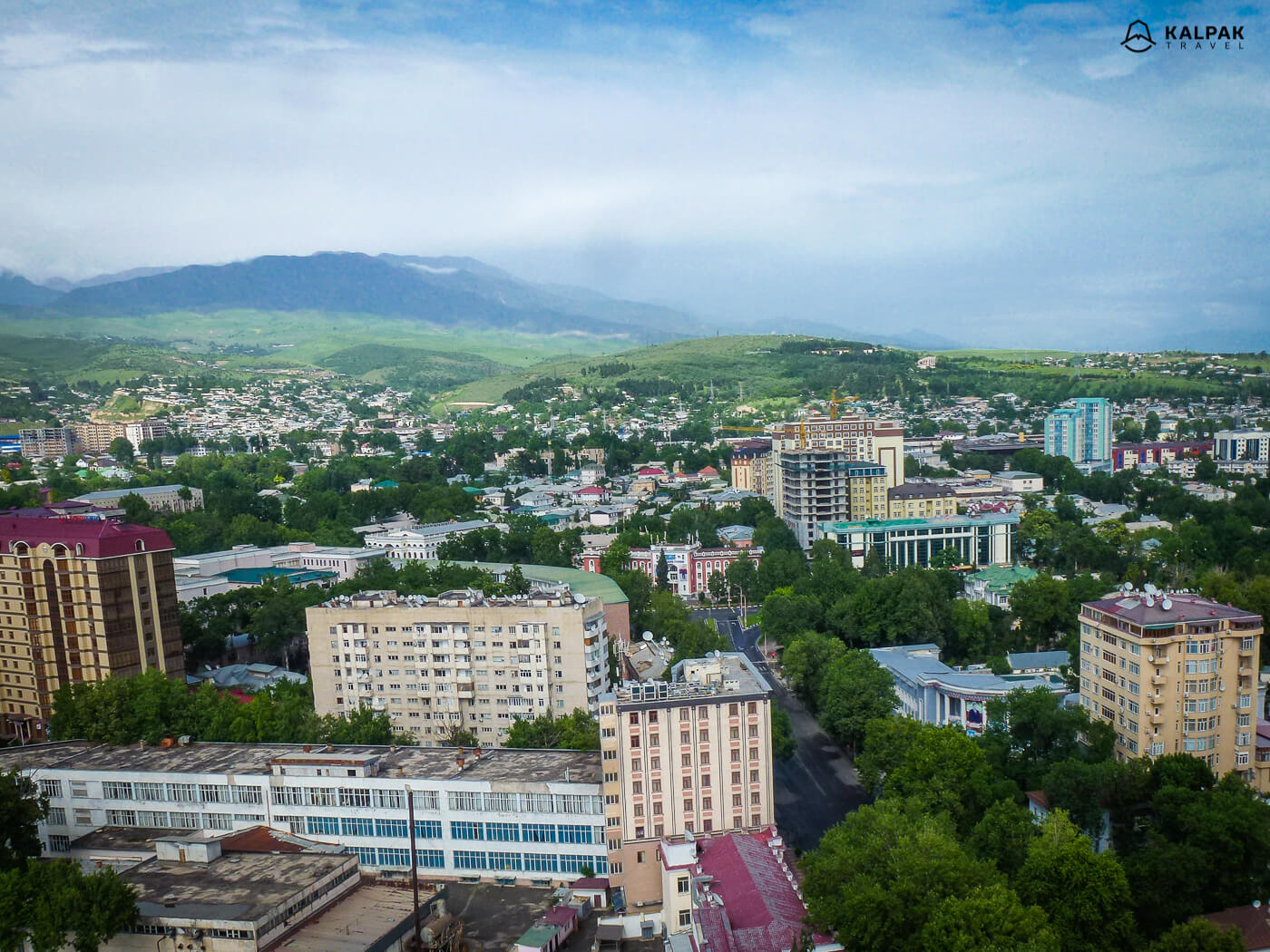 Archeological findings on the territory of the city date back to 2000 years ago. In 1676, it was mentioned as Dushanbe in a letter written by Khan Subhonul Bakhodur from Balkh to the Russian Tsar Fyodor Alekseevich. At the time, it was a small settlement with a market located on the Silk Road at the crossroads connecting Hissor mountains with Pamirs. Dushanbe literally translated means “Monday” since there was bazaar or market for traders on that day. At the beginning of the twentieth century, the settlement had only about one hundred households living in traditional clay houses within three adjacent neighborhood villages. Around 30 km away, there was a Hissor settlement with the residence of the Emir, or the ruler of Bukhara. In 1920-21, the last Emir of Bukhara resided here to later flee to Afghanistan from the Soviets. In October 1924, it became the capital of Tajik ASSR. However, in 1929, it was renamed to Stalinabad and became the capital of new Tajik SSR. Most of the city planning took place in the late 1930s, and construction of major buildings was completed in late 1940-50s. In 1961, the city was renamed again to Dushanbe and in 1991 it became the capital of Tajikistan. At the turn of the twenty-first century, new projects and buildings reshaped the appearance of the city and here is our list of top places to see in Dushanbe today. 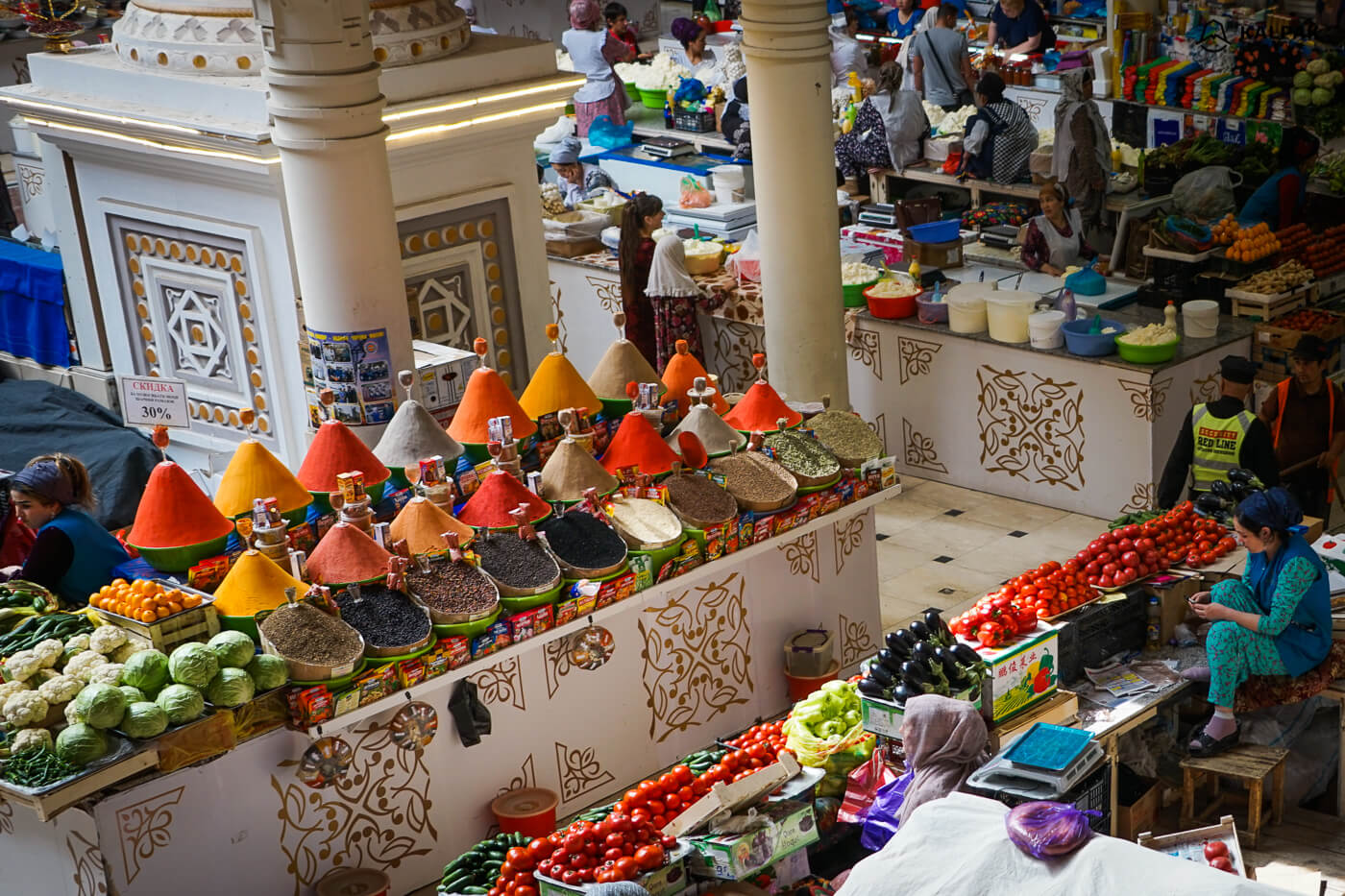 To understand the rich historical heritage of Tajikistan, head to the National Archaeological Museum of Antiquities of Tajikistan. It has a collection of different archeological objects. It is mind-blowing to see how many different cultures and religions co-existed in the territory of this small country. It has artifacts from 4th millennium BC, most famous of which is the skeleton of the princess of Sarazm, found along with many her jewelry and other personal objects. 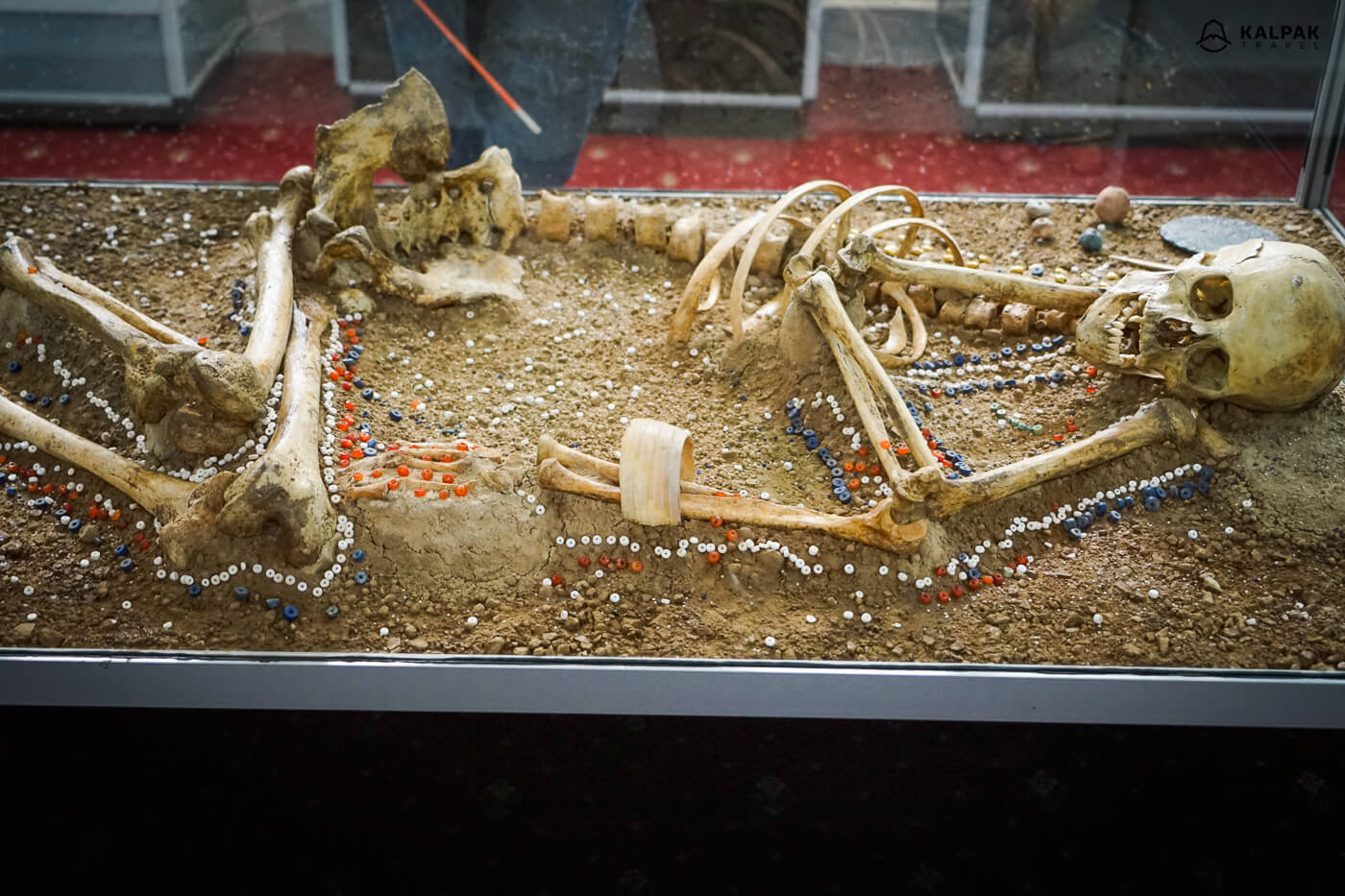 The most impressive exhibit is the laying Buddha terracotta statue in Nirvana. It is 13 meters long and weighs over 5 tonnes.  The statue was found in 1961 during the excavations in the town of Ajina-Tepe, a Buddhist monastery, in the south of Tajikistan. 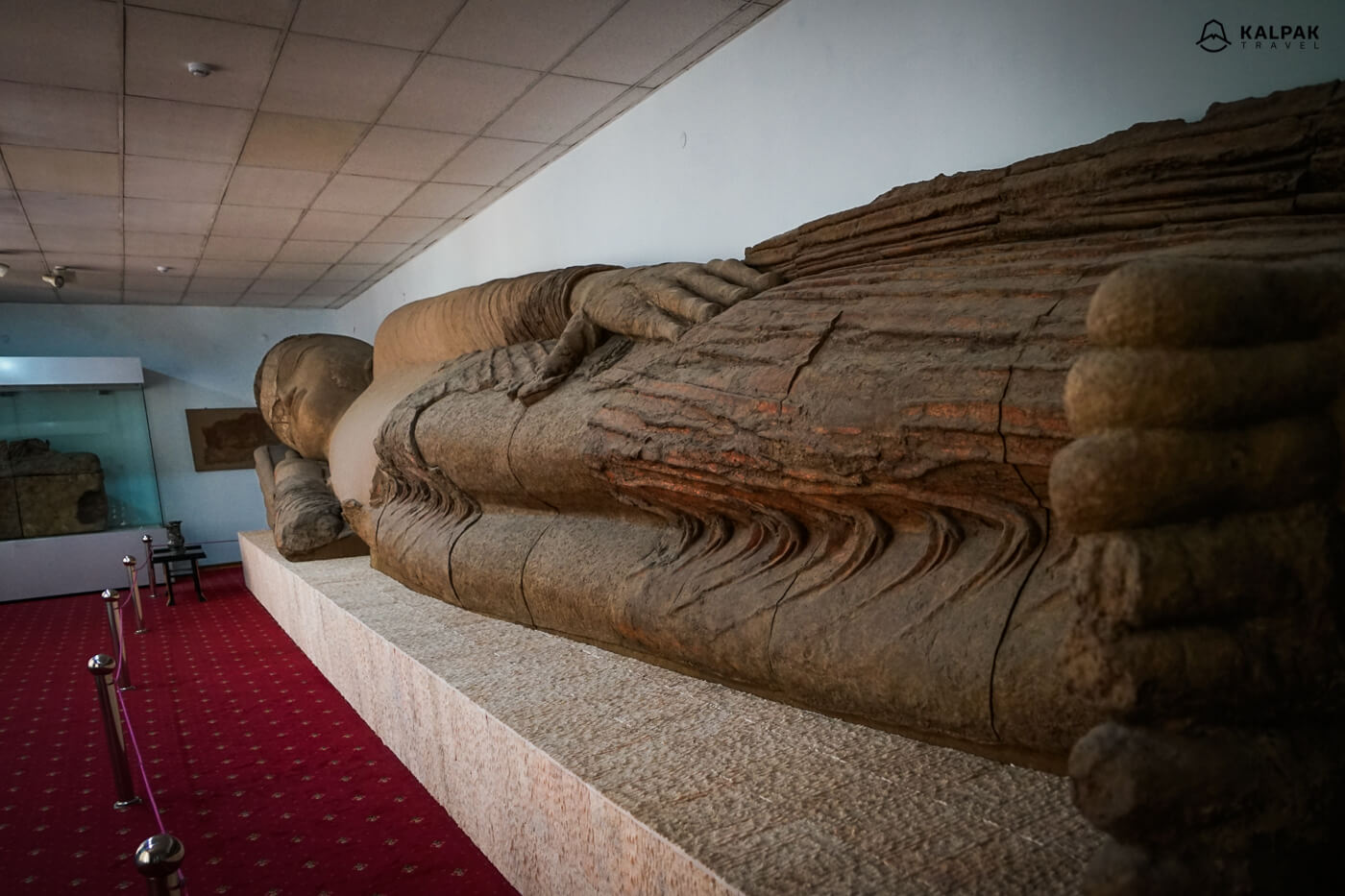 Initially, this building was supposed to become the largest teahouse in the world. However, during construction, which involved hundreds of artisans from all over the country, the interior became so impressive that it was decided that it was going to become a palace instead of a teahouse. Most of its rooms are now used only for official government meetings with guests from abroad or for international conferences. Just one room is open for public use and usually, weddings take place there. 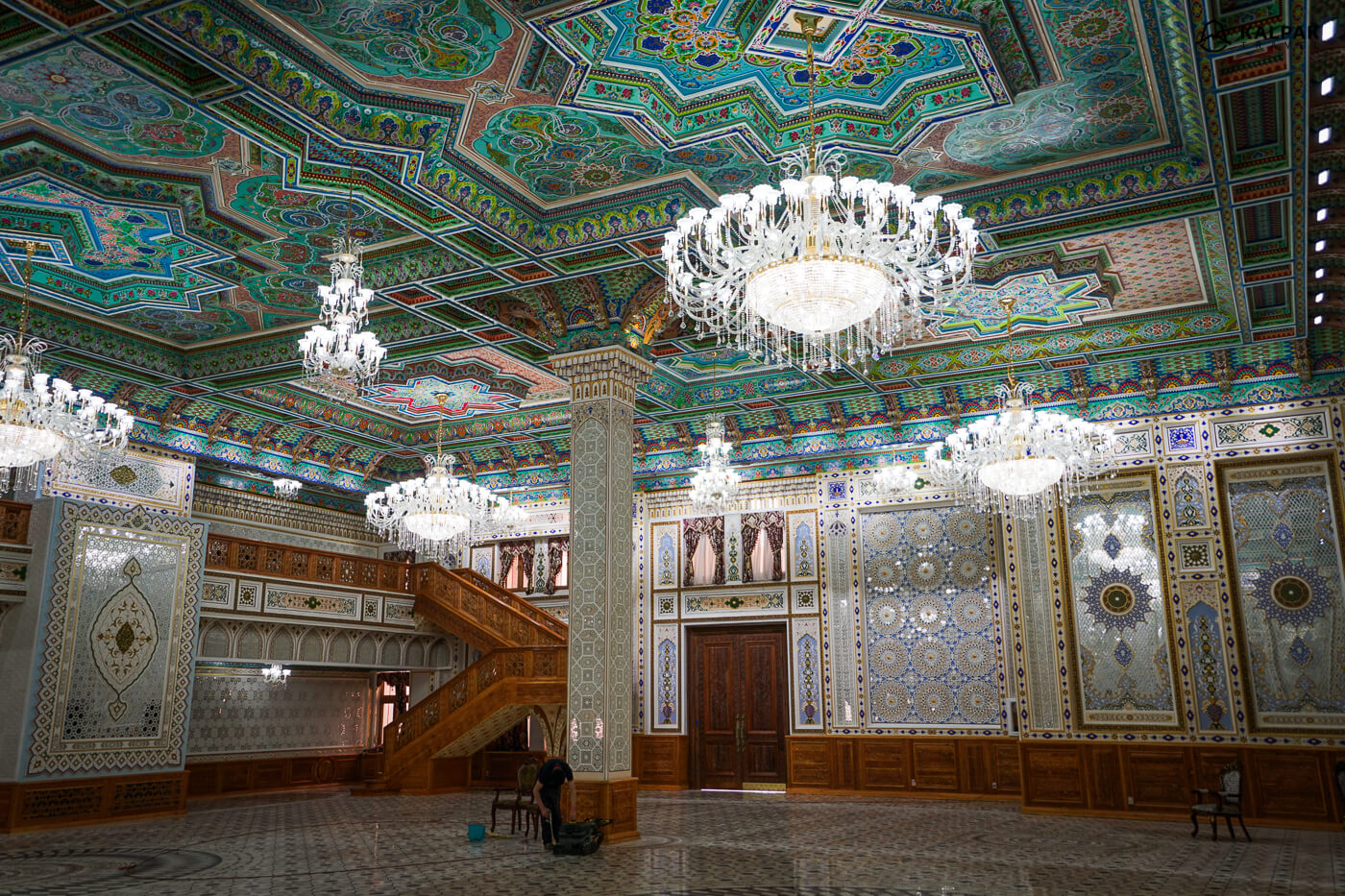 The statue of Ismail Somoni

The large monument commemorates the 1100th anniversary of the Samanid State, the heyday of the Tajik nation when science and arts flourished. The monument was built in 1999 and features a 40 meters high arcade with a golden crown. Ismail Somoni was the founder of the Central Asian Empire, that at its greatest extent in the 9th and 10th centuries ruled over the territory of modern Afghanistan, large parts of Iran, Tajikistan, Turkmenistan, Uzbekistan, Kyrgyzstan, and parts of Kazakhstan and Pakistan. It is during the Samanid Era that the Arabic language and Islam spread in Central Asia, & in turn, Persian and Turkic cultural influence penetrated Islamic art & science. Nowadays, in Tajikistan, you can still see this amazing mix of cultures where people practice Islam along with following ancient non-Islamic traditions and speak the Tajik language, which derives from the Persian language family. 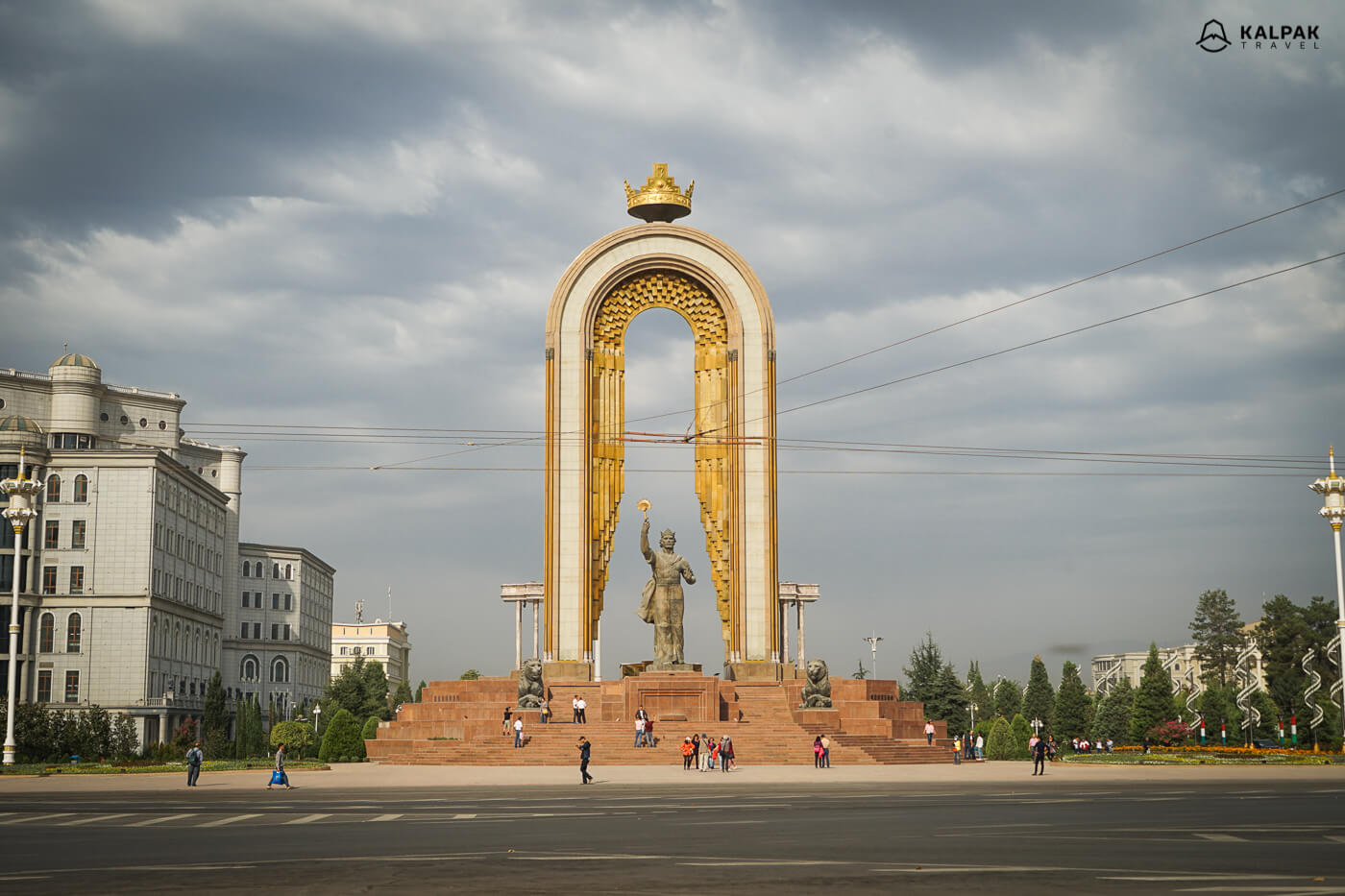 Right next to the statue is Rudaki Park, dedicated to the great Persian poet Rudaki, who also lived during Samanid time in the 9th century AD. Rudaki is considered a founder of classical Persian literature and poetry, as he composed in the‌ modern Persian alphabet. He served at the court of Samanid rulers until he fell out of favor and died in 941 in his hometown of what is today Penjikent in Tajikistan. The area of the park until the national museum has also a collection of statues dedicated to many other historical individuals who had a great influence on Persian or Islamic culture. 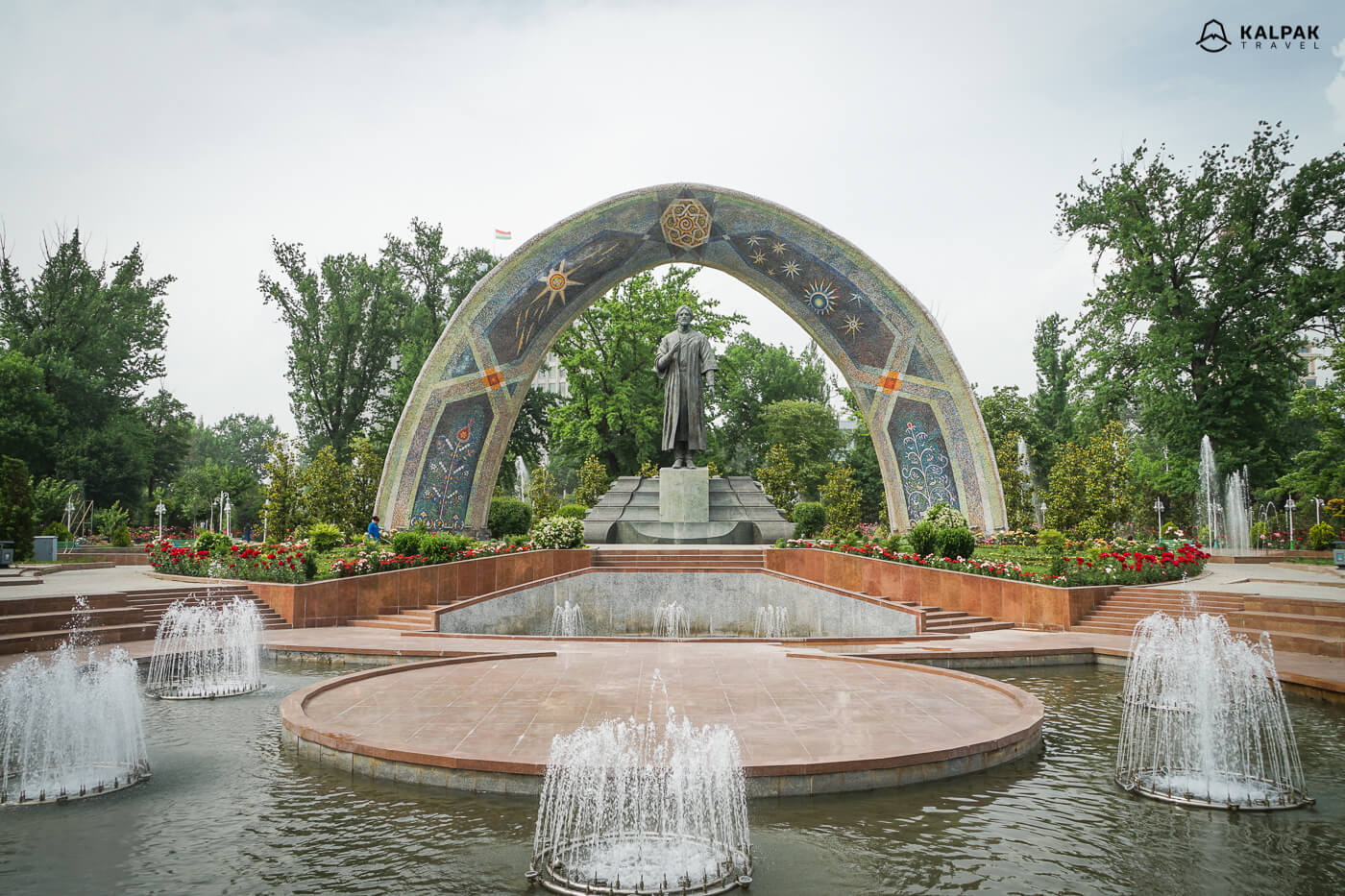 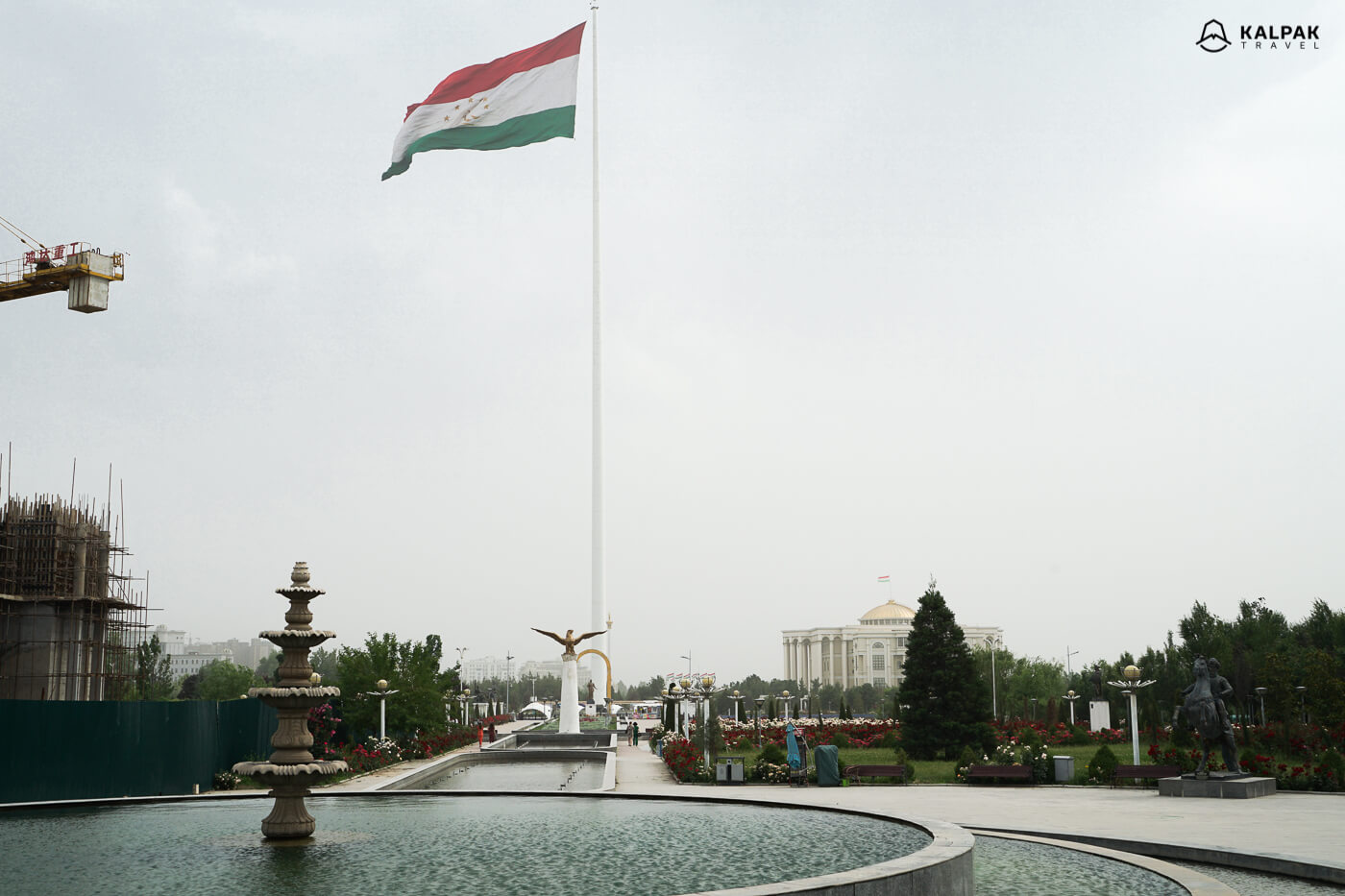 The center of the city includes many sightseeing highlights such as:

Palace of Nations or the Presidential Palace 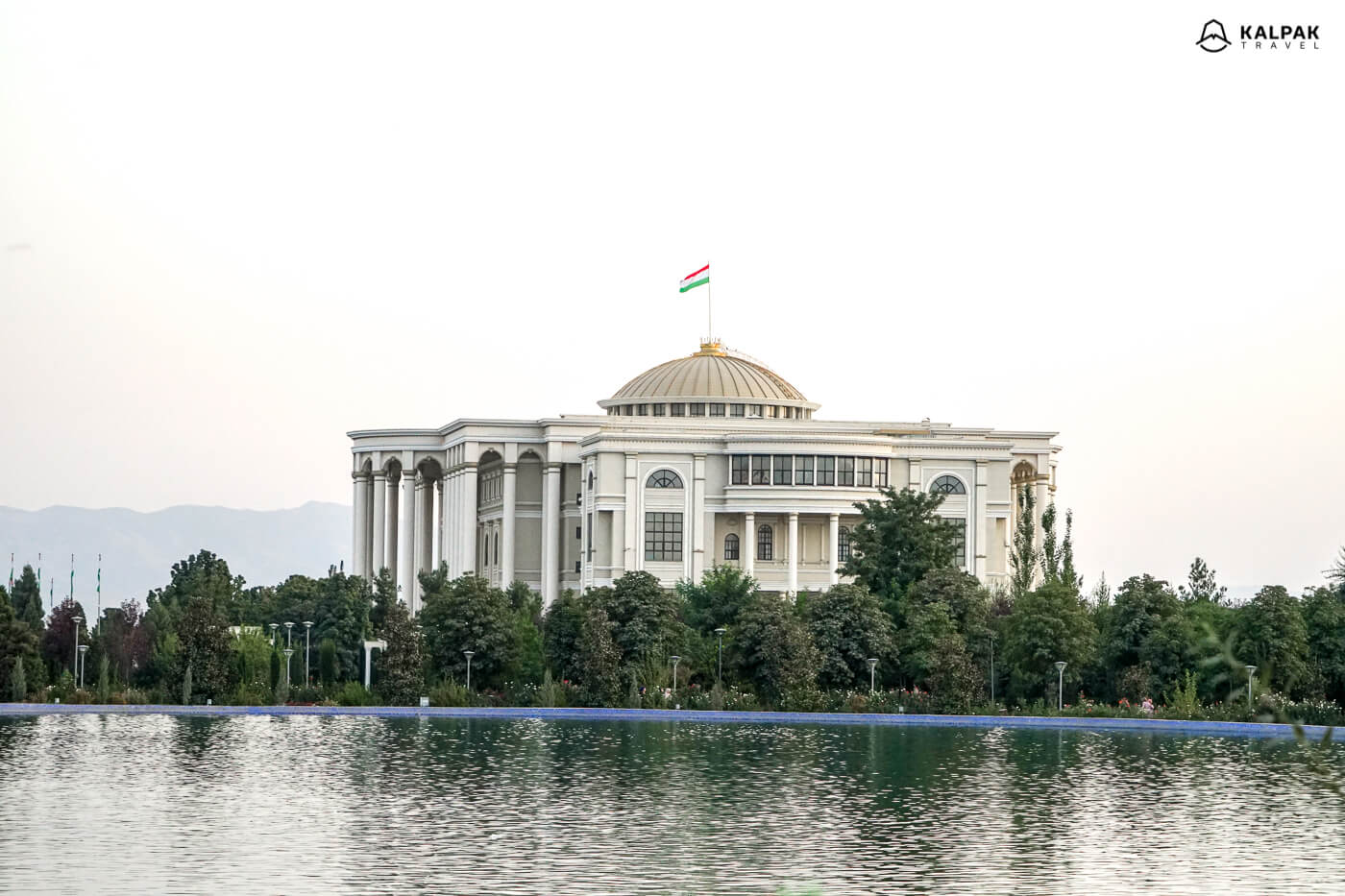 The national museum of Tajikistan 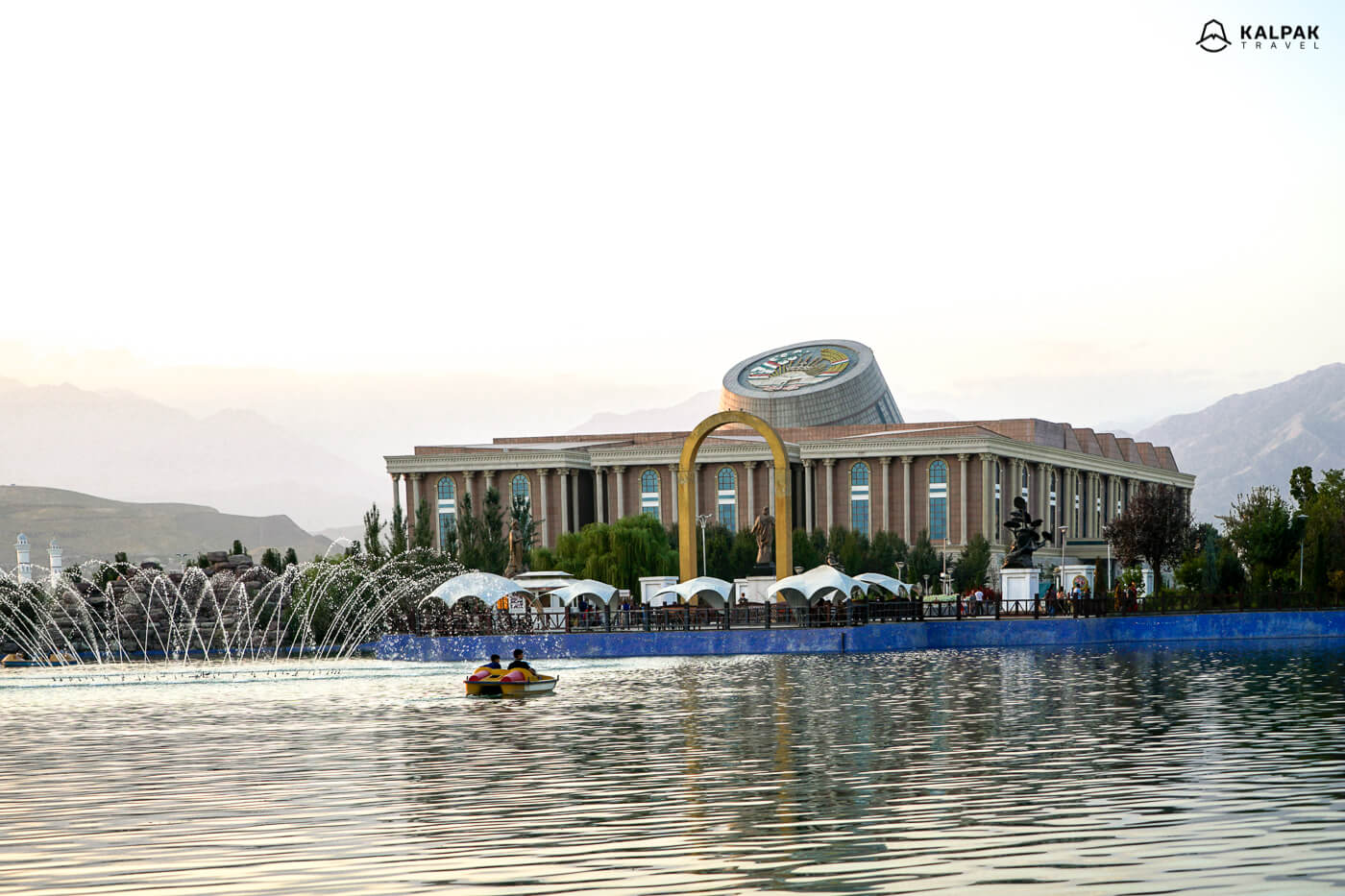 the Independence Monument with its State Emblem 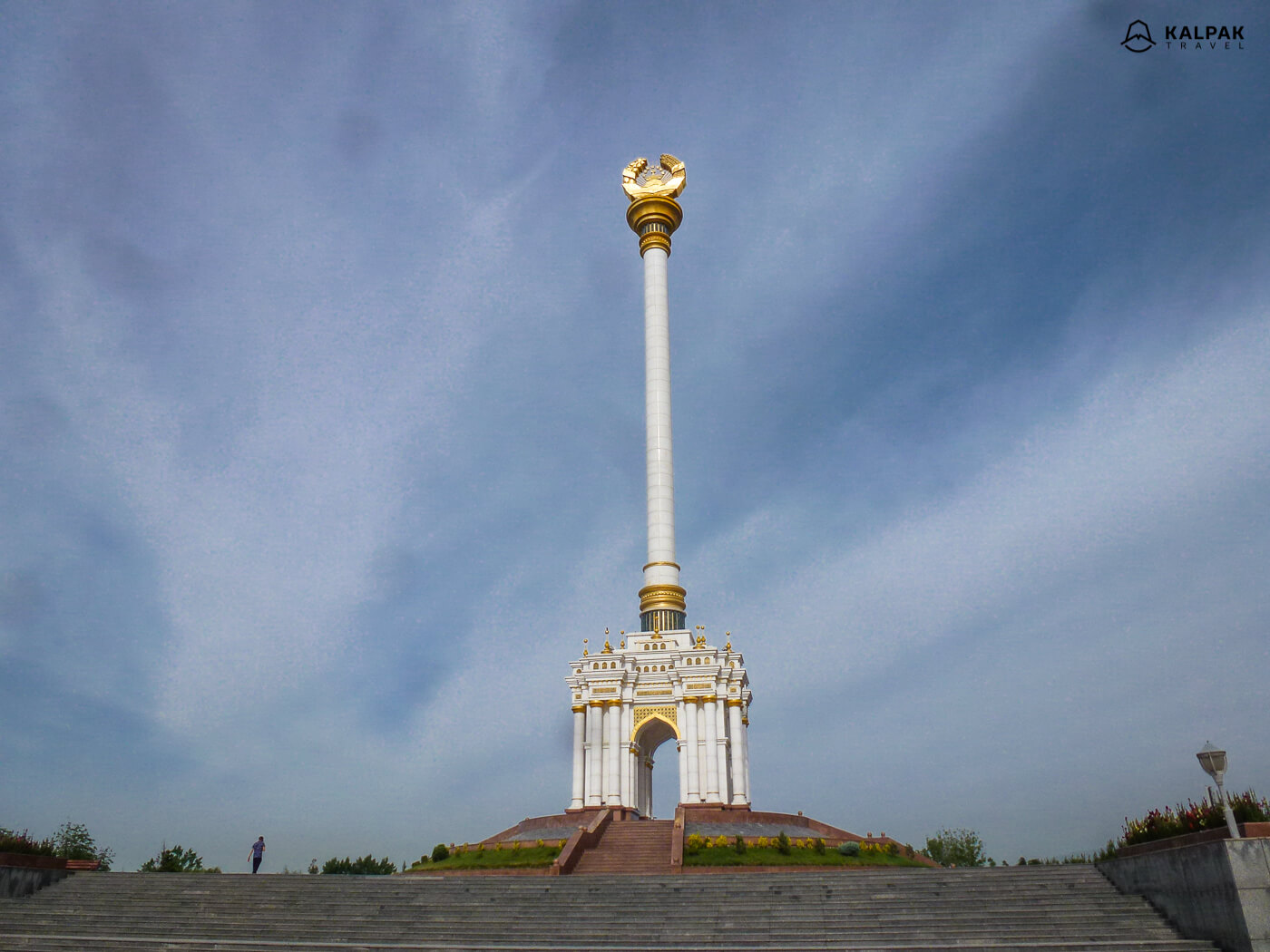 The National Library of Tajikistan 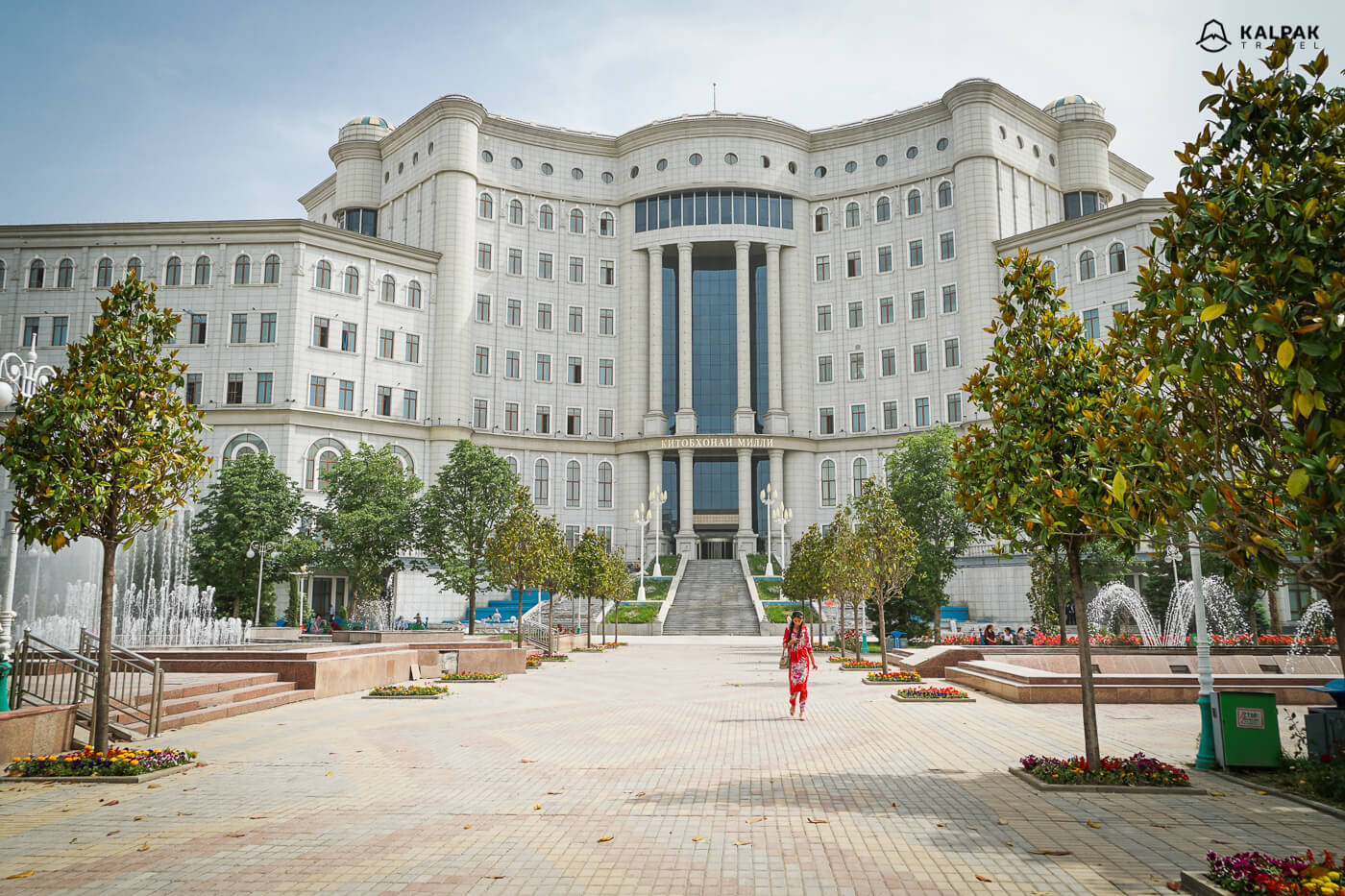 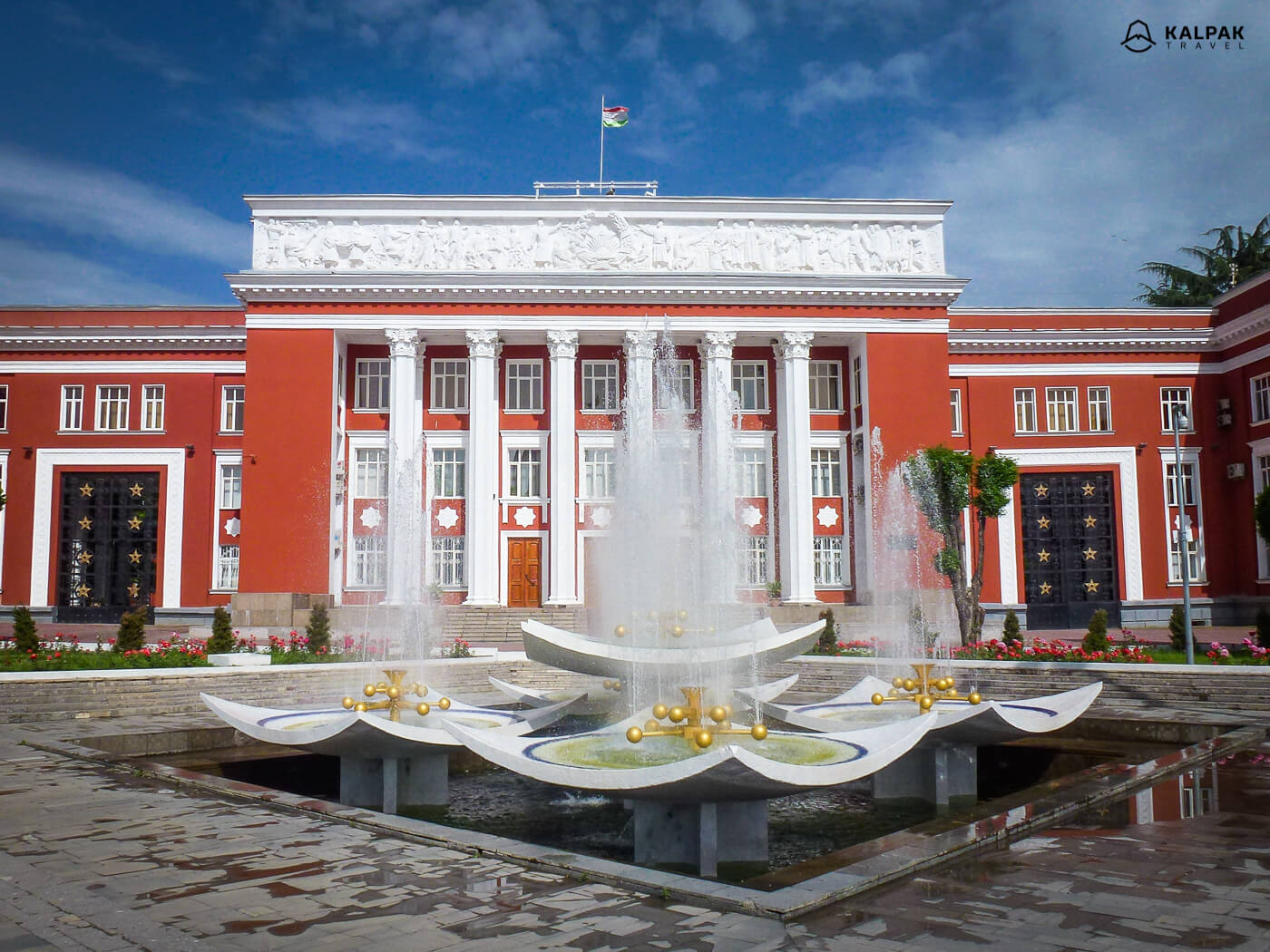 Rudaki Avenue is perfect for evening strolls or rests in the shades of trees during hot summer days. 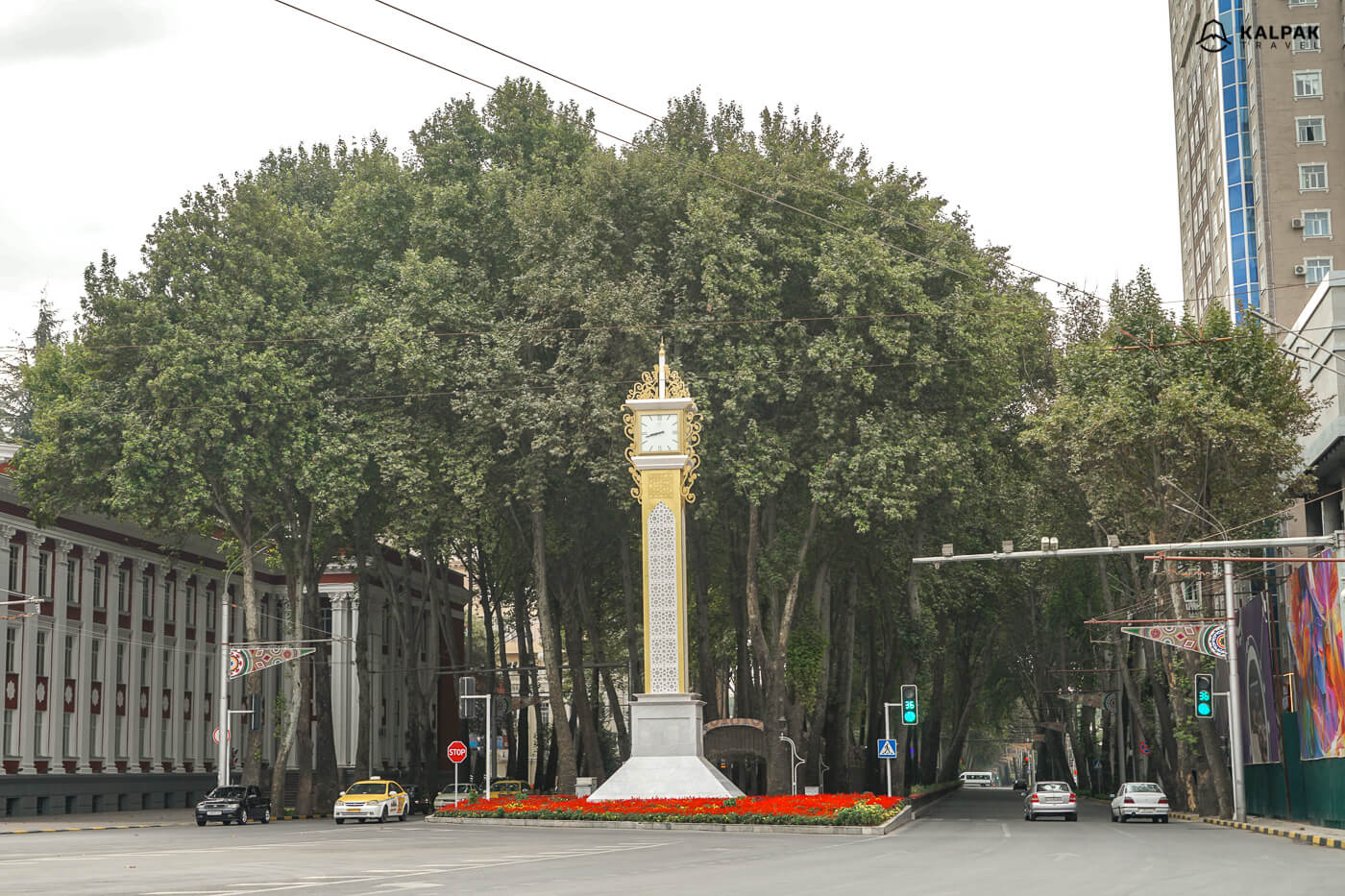 This is a business center with some offices inside, but you can also go on top of it for a nice view of the city. 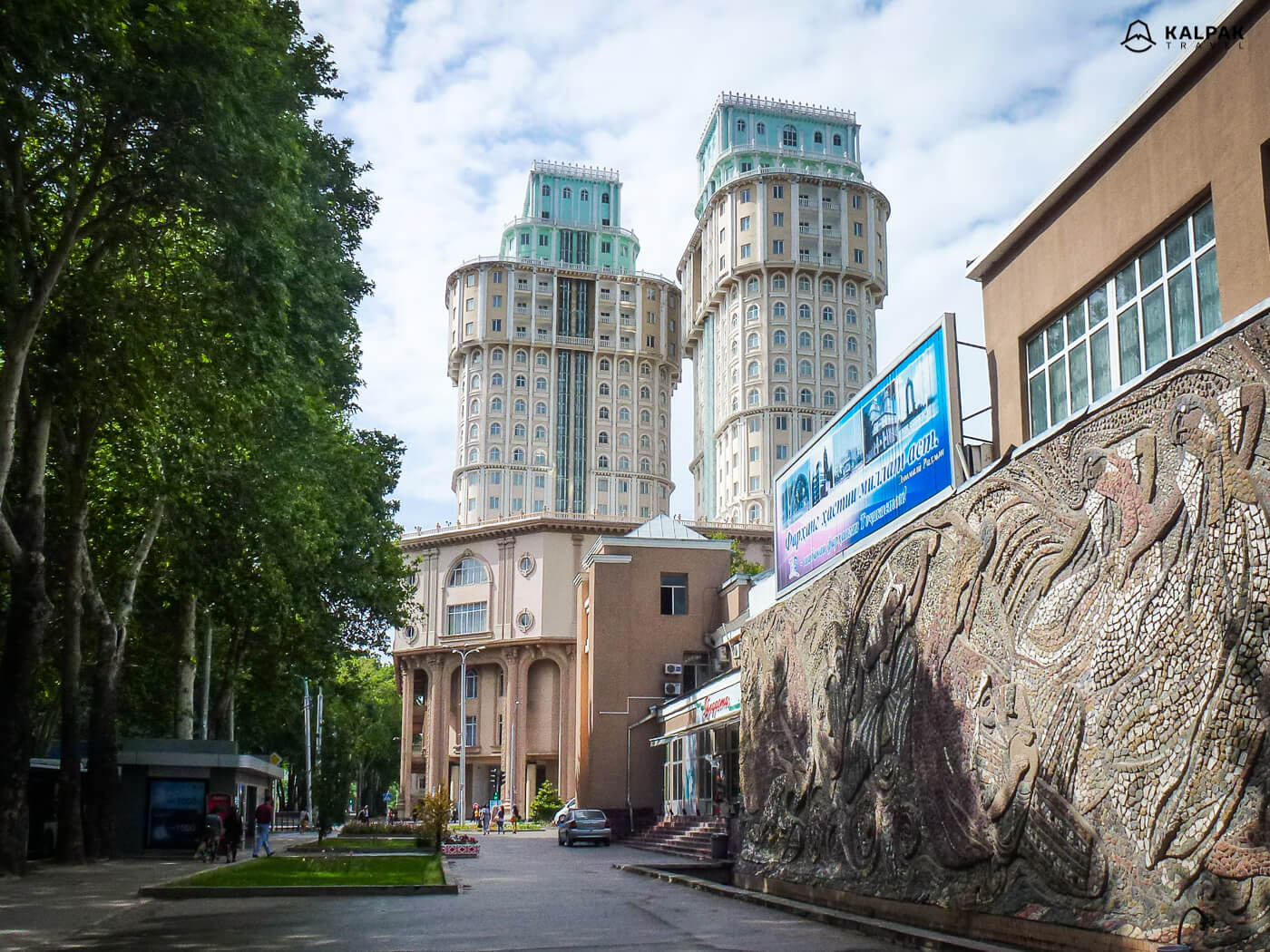 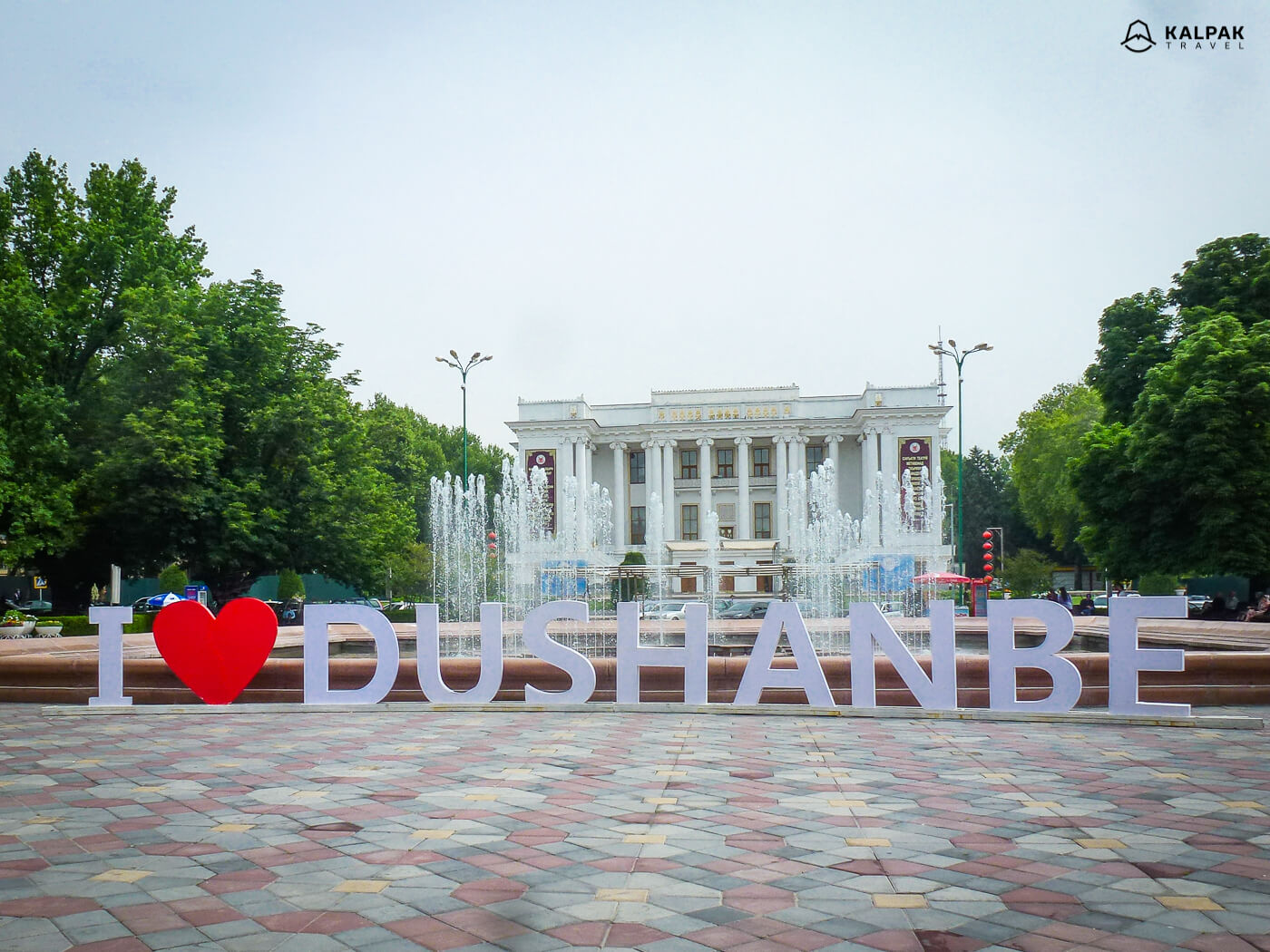 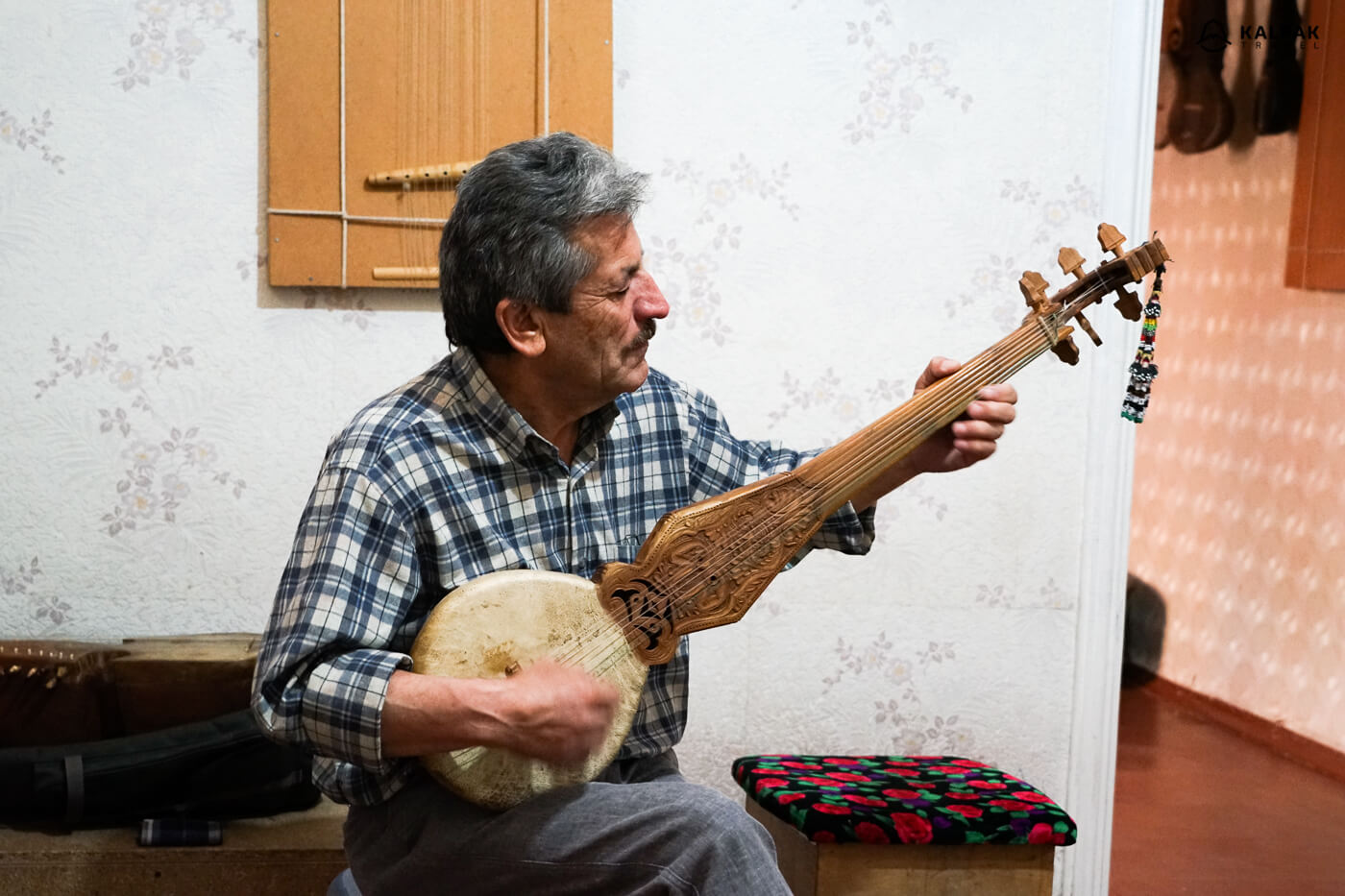 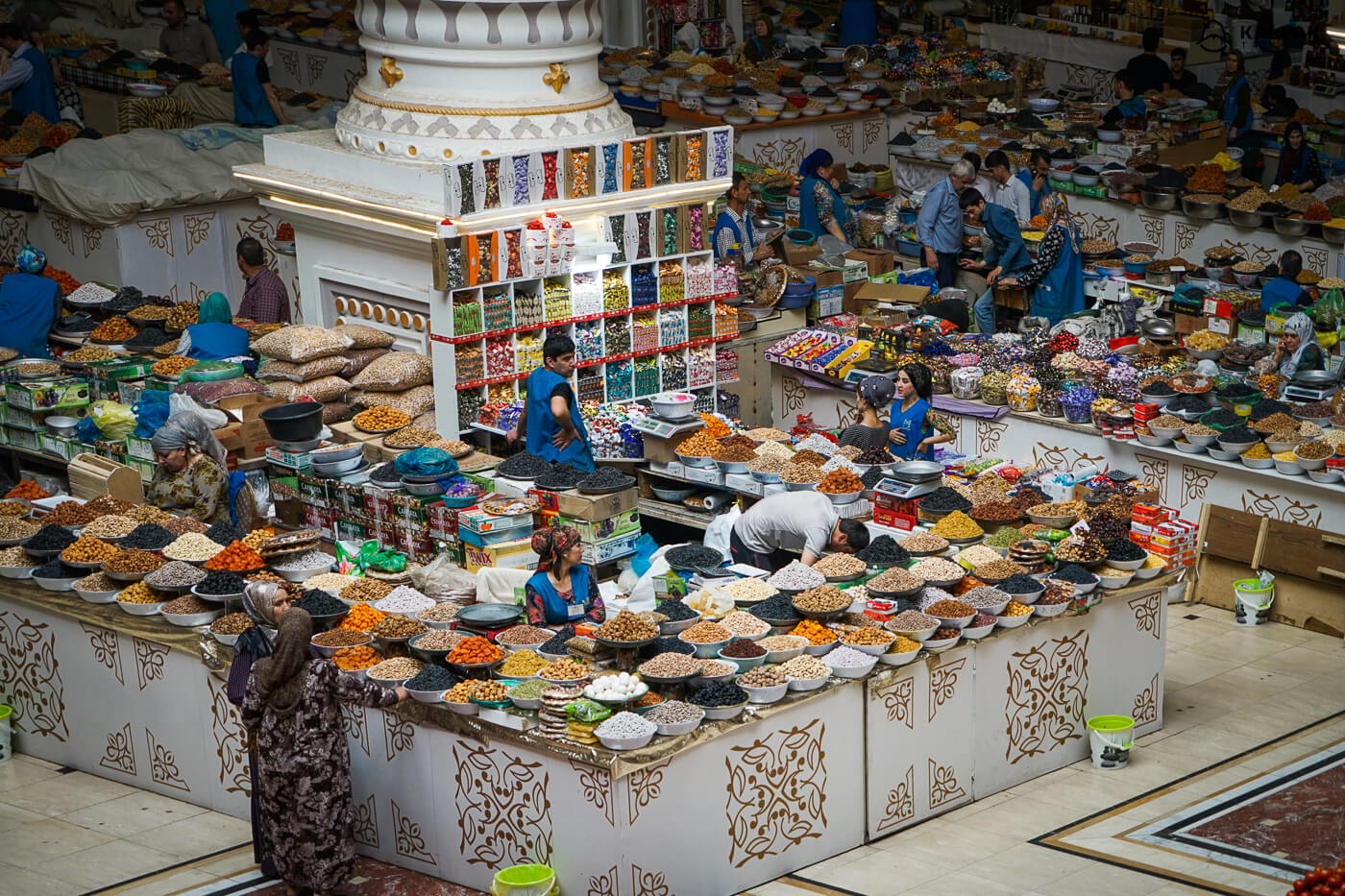 You can visit Dushanbe with one of our group tours to the Fan mountains, Pamir Highway Tour. If you decide to combine trekking in the Fan mountains with the overland adventure in Pamirs, you can enjoy a day in between these two destinations.