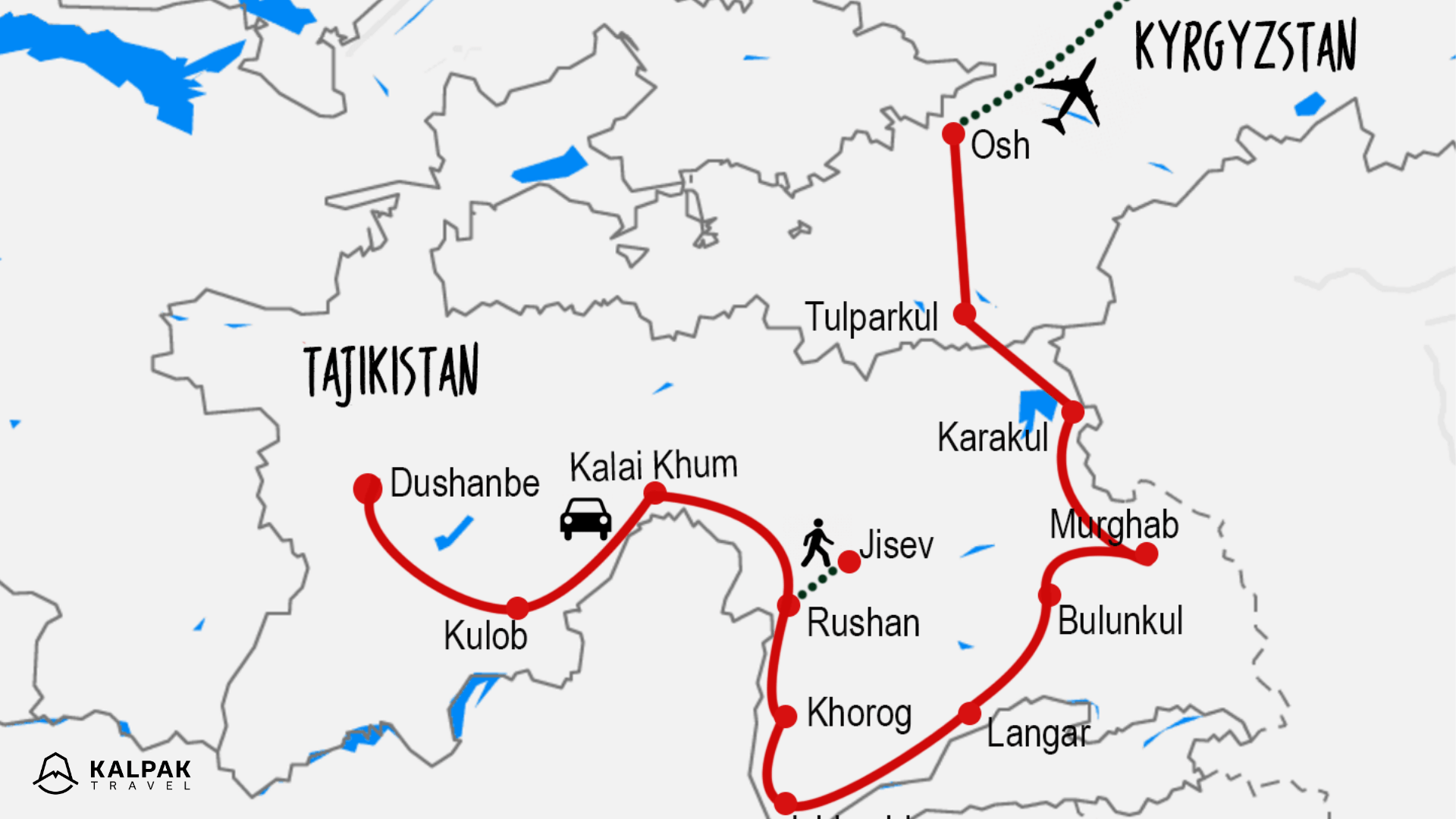 This road was an important part of the Silk Road and even Marco Polo mentions crossing the Pamirs. In the 19th century, this road became a centerpiece of political confrontations between Great Britain and the Russian Empire, during the Great Game period. Part of the road was constructed by British in the nineteenth century to give better access to strategic points along the road. 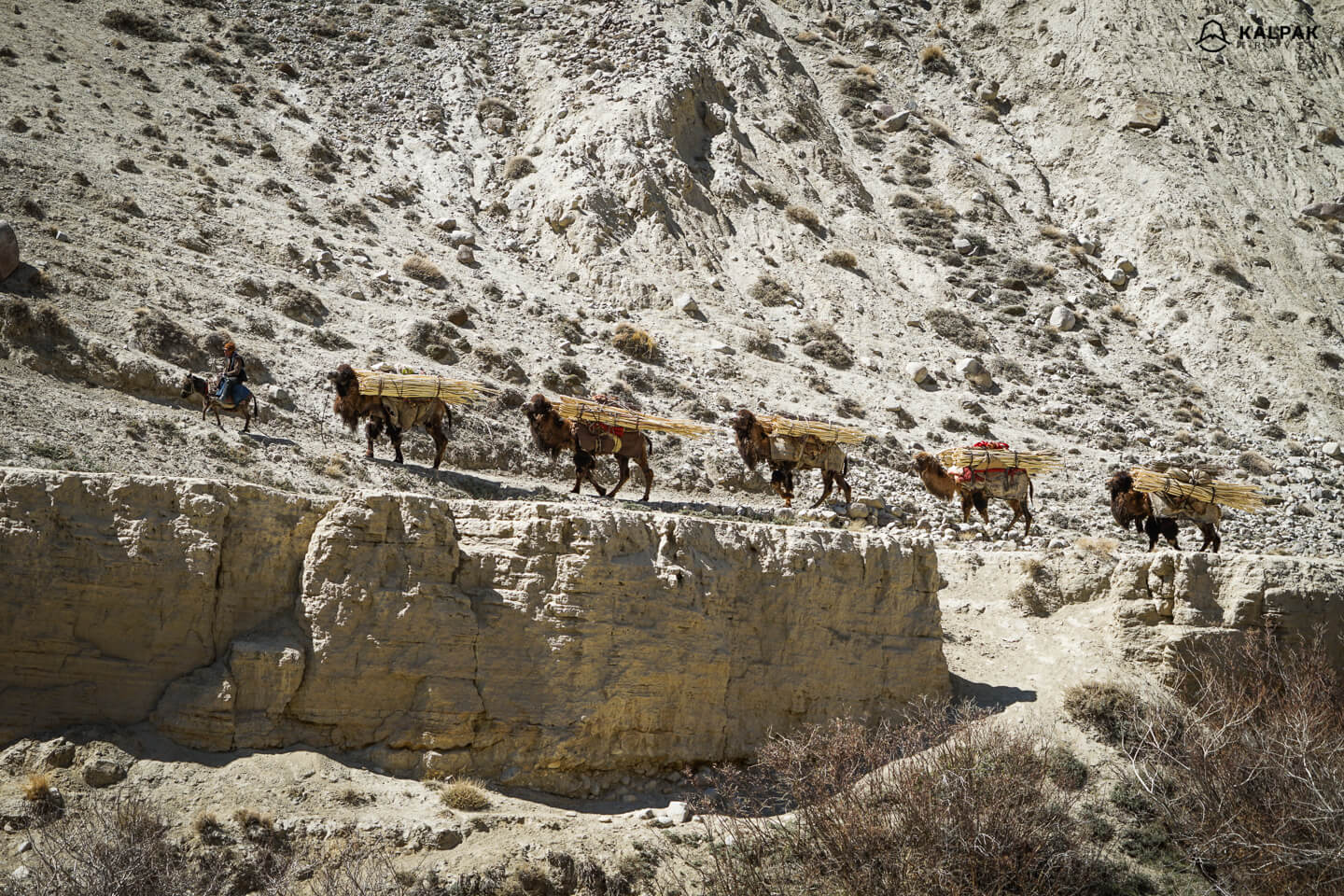 The largest part of the road was laid out in Soviet times from 1931 to 1934 and is known as M41. This route of Pamir Highway, M 41, stretches from Termez, Uzbekistan to Kara – Balta, Kyrgyzstan. Part of the M41 has paved roads and part was once asphalted, but now not in a good condition. Part of Pamir Highway is just dirt roads and thus the whole route requires a reliable 4WD car. It is the second highest international highway in the world with its highest point at 4655 meters. The pass is called Ak Baital and is located between Osh and Murghab. For this reason, we recommend starting the route in Dushanbe, which allows gradual adjustment to the altitude. If you go from Osh which is located at 963 meters above sea level, you will have a rapid altitude gain. Thus, the adjustment to altitude is not optimal for travelers. 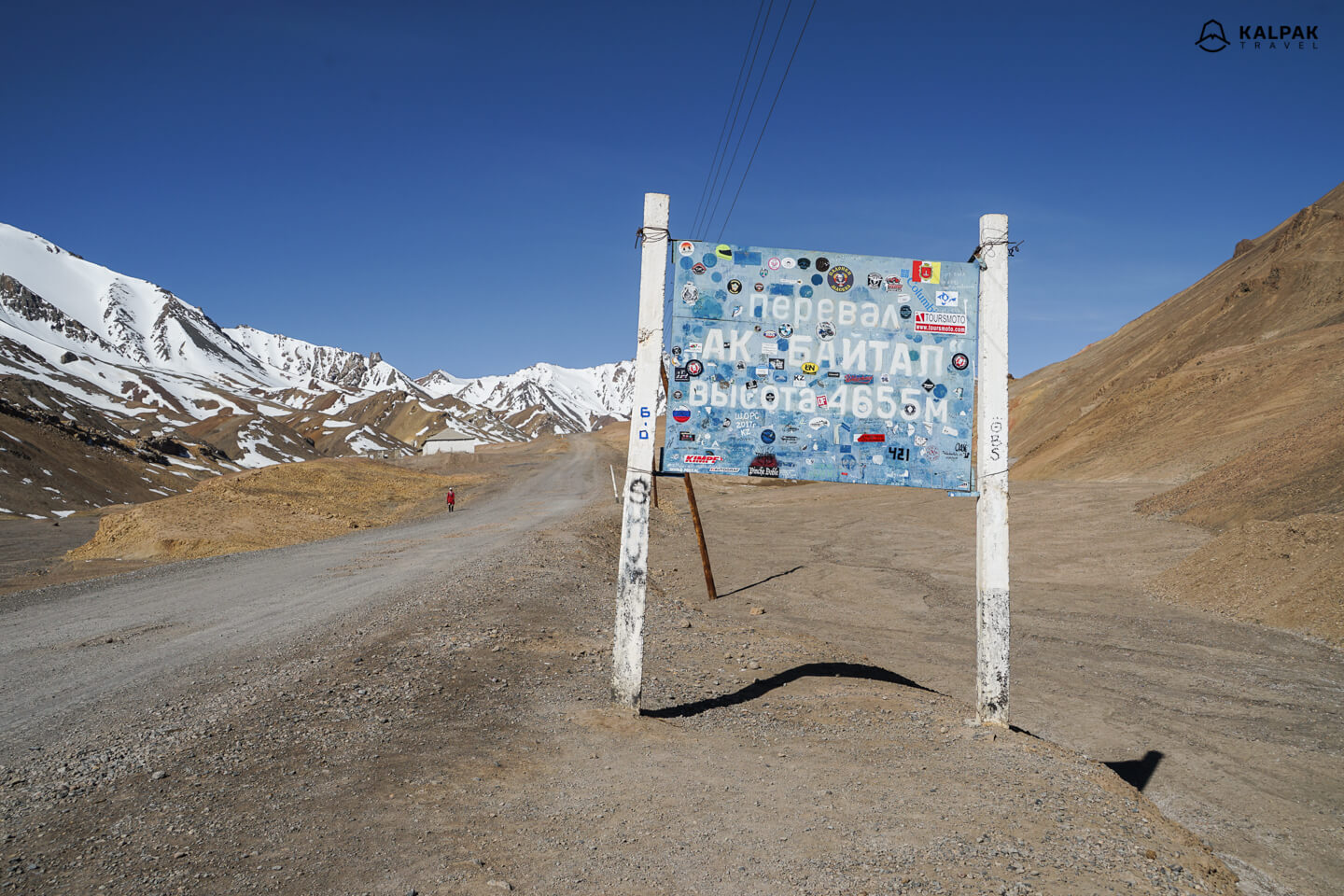 So how does it look like traveling through the Pamir Highway? Have a look at photos of this epic overland journey. 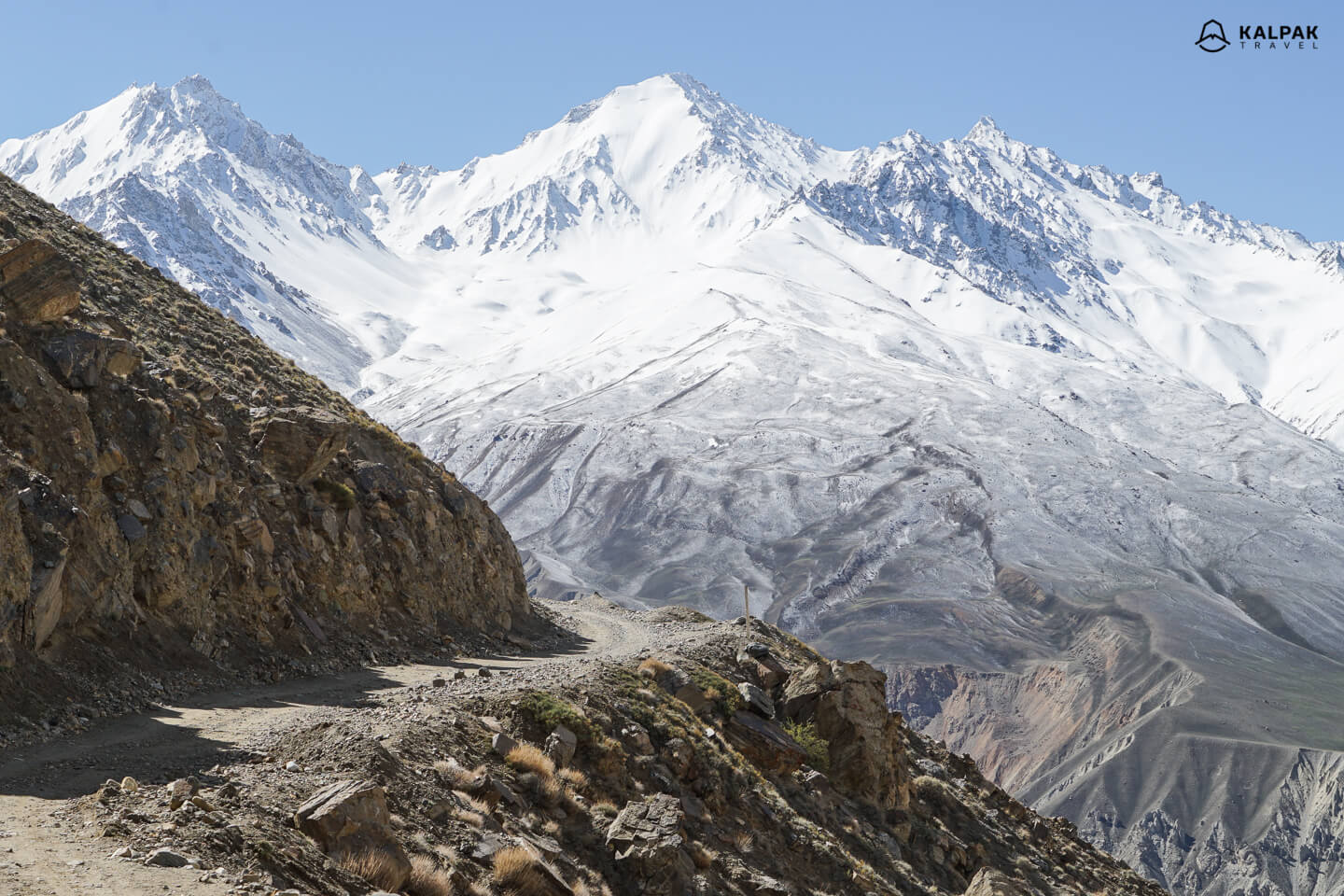 If you follow our advice and start in Dushanbe, you will be immersed in the oriental atmosphere and get to know the Persian cultural heritage of Central Asia. The Tajik language belongs to Persian language family and it is the only country in modern Central Asia that speaks not Turkic language. The city is modern and at the same time very traditional, you will see the blend of cultures reflected in its architecture, clothing style and historical monuments. You will start your journey at an altitude of 700 meters.

Drive along the Panj River

Panj River is the natural border between Afghanistan and Tajikistan. Panj river flows into Amu Darya, known in the ancient times as Oxus river. Almost for 1000 kilometers from near Kulob to Langar in the Wakhan Valley, you drive right along the Afghan border. It sounds terrifying; however, it is safe and calm there. It is almost unbelievable to ride along this terrain and see how the river splits Pamir mountains into different countries. 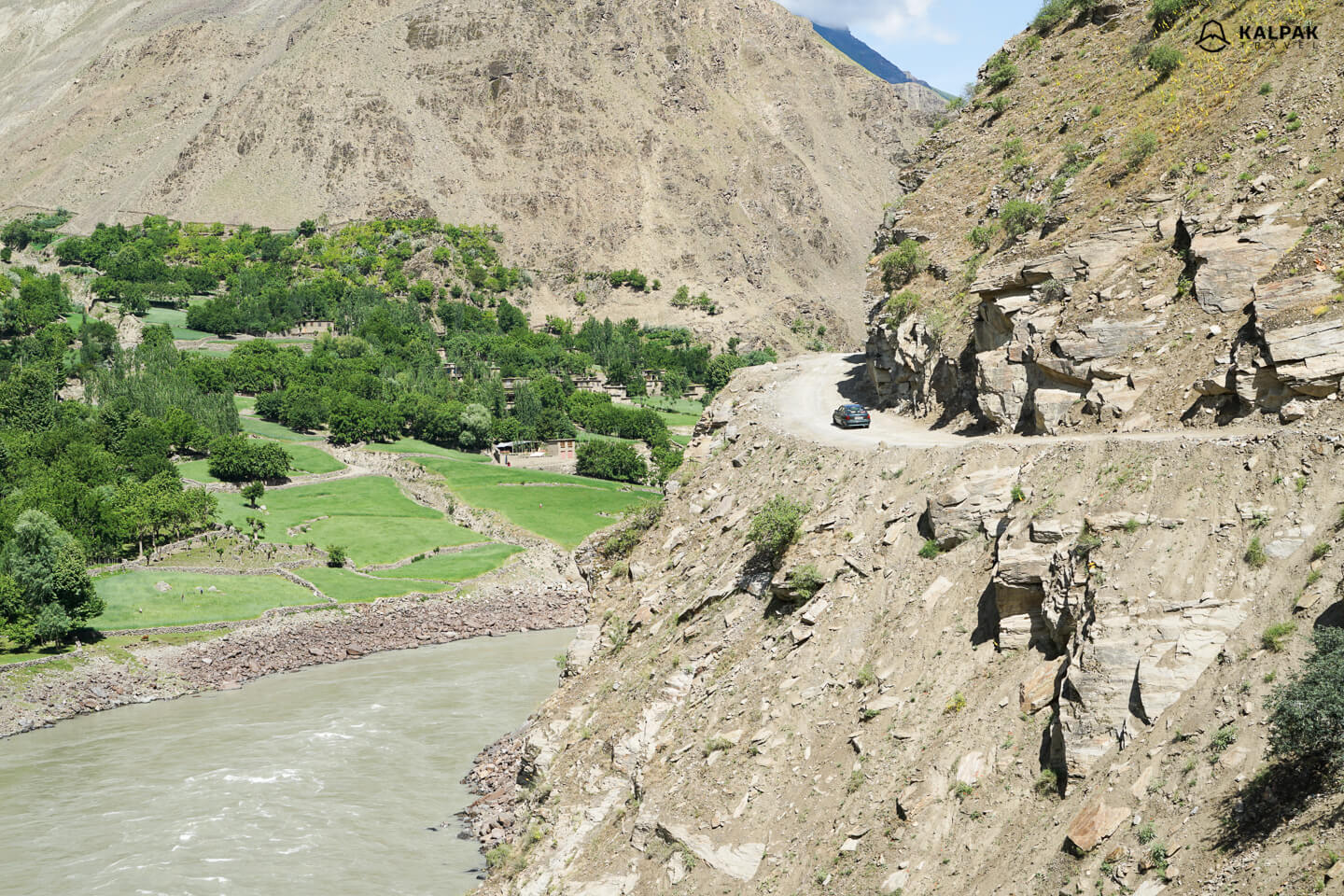 With Qalai Khumb at an altitude of 1200 meters above sea level, you will start your journey in Gorno-Badakhshan Autonomous Region of Tajikistan. Starting from here people speak no longer Tajik, but rather various Pamir language dialects. Only 3 percent of Tajikistan population live in this region, even though GBAO covers 45% of the country. 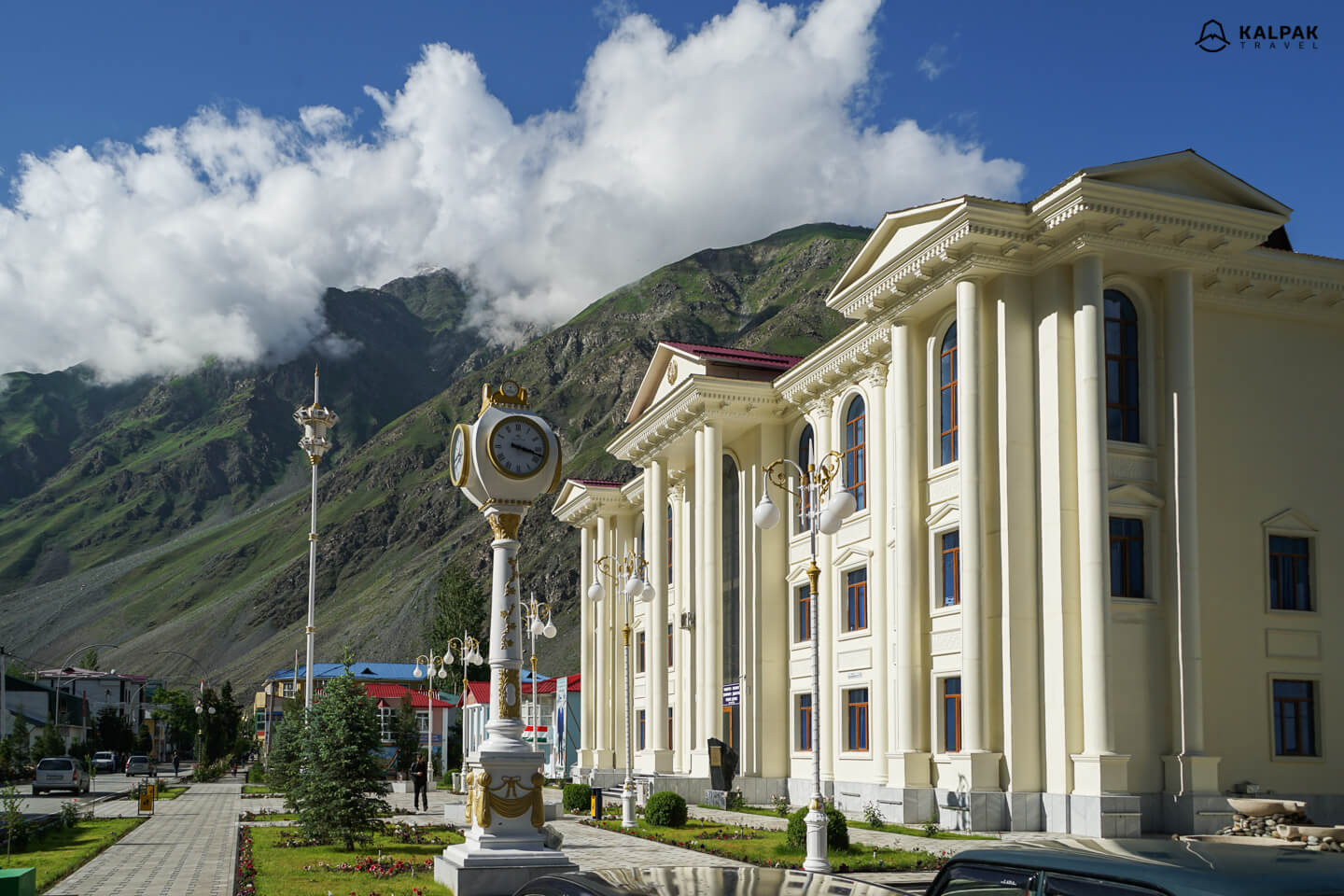 From Qalai Khumb one drives to small village called Rushan, located right at the riverside. After Rushan, you can take a break from Pamir Highway and turn to Bartang Valley for Jisev Trekking. It is an easy and spectacular trekking route. After crossing the bridge you walk for around 2-3 hours and reach villages. Villages in Jisev valley consist of just a few houses. They also profit from offering spare rooms as homestays to occasional tourists in Summer. You can stay overnight by local families and get to know more about the Pamiri people and their special Pamir houses. 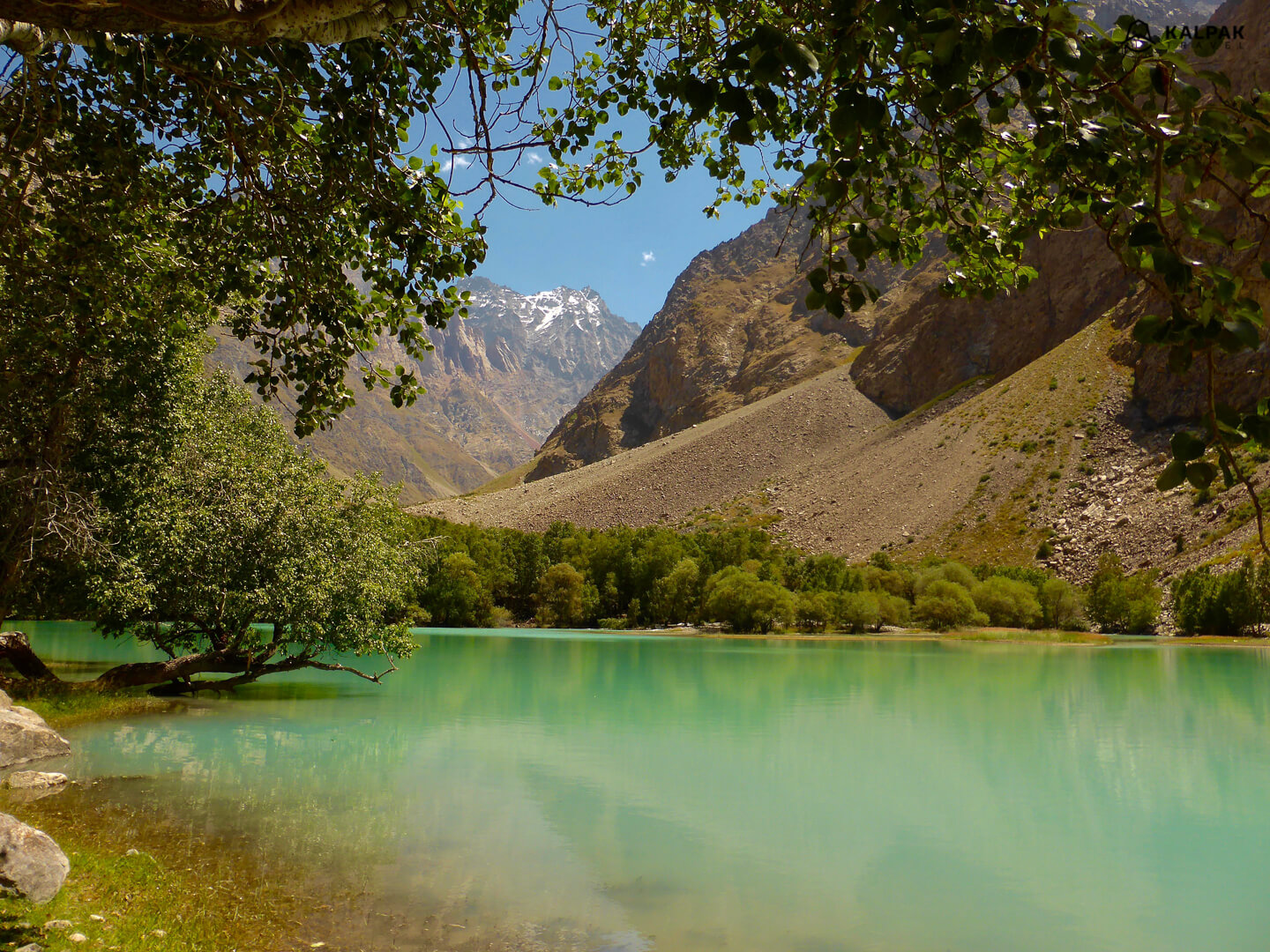 Coming back to the main road you continue to Khorog or administrative capital of GBAO. It is the largest city in Pamirs with a population of around 30 000 people. Khorog is also an intellectual center with two universities, one is Khorog State University and the other is the University of Central Asia. Located at an altitude of 2200 meters it has one of the highest altitude botanical gardens in the world. View of Khorog from the botanical garden

In your Pamir Highway journey from Khorog to Murghab you can either follow M41 or take a longer scenic route through Tajik Wakhan valley. Both offer stunning landscape, M 41 is shorter ride. If you have enough time we definitely suggest to go through the Wakhan Valley with its villlages, stunning views and fortresses all along the way. From the Wakhan Valley you can even get a glimpse at Hindu Kush peaks. 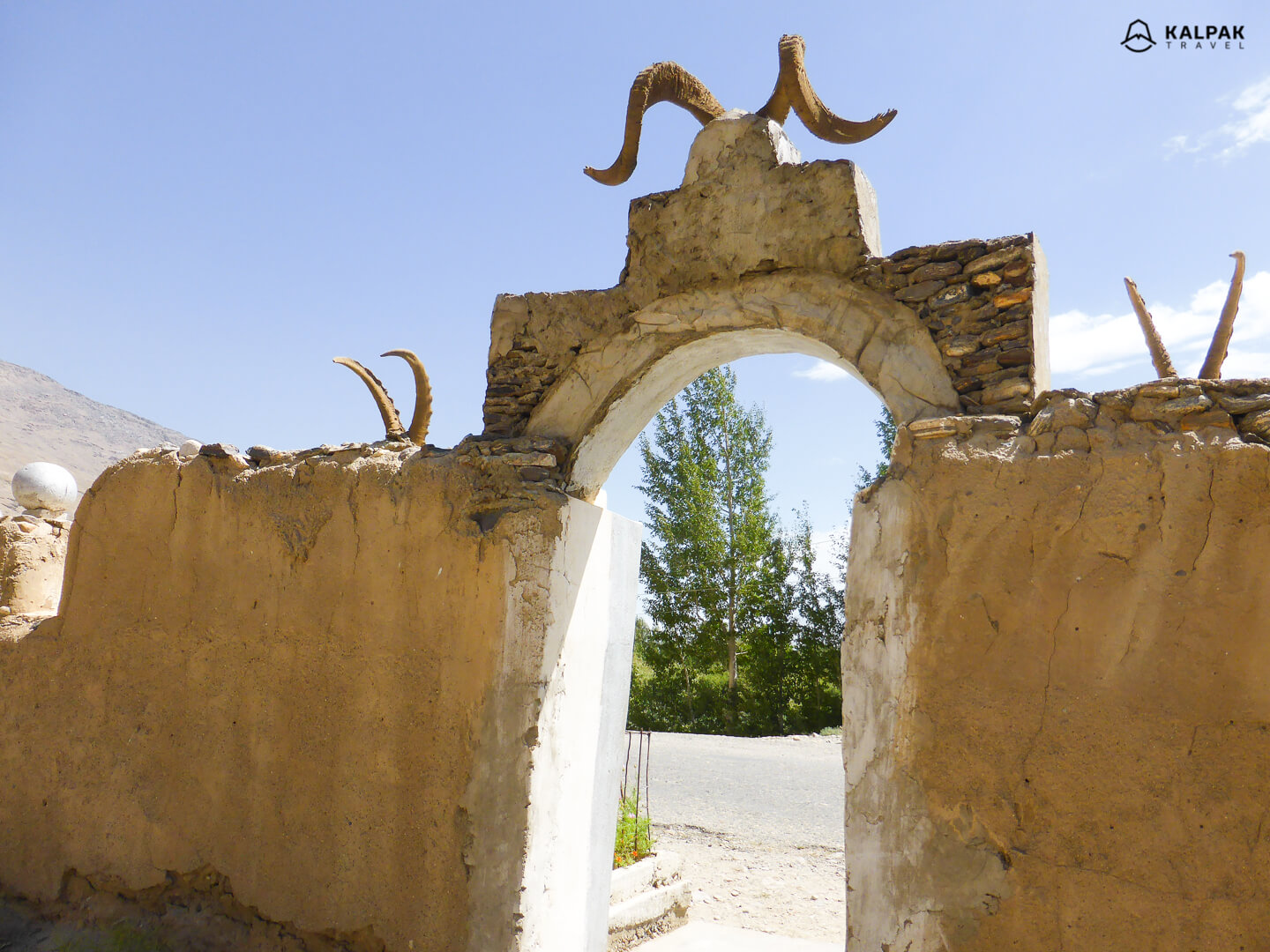 Ishkashim is a nice place to get to know the local culture and music if you are staying at Hanis Guesthouse. Pamir Highway generally does not include prominent architectural sightseeing highlights, but one of such few sights is Yamchun fortress ruins. It dates to the 3rd century and reminds of an importance of the route for centuries. In Wakhan valley you will drive through incredible roads and go through the spectacular scenery of Pamir Mountains. 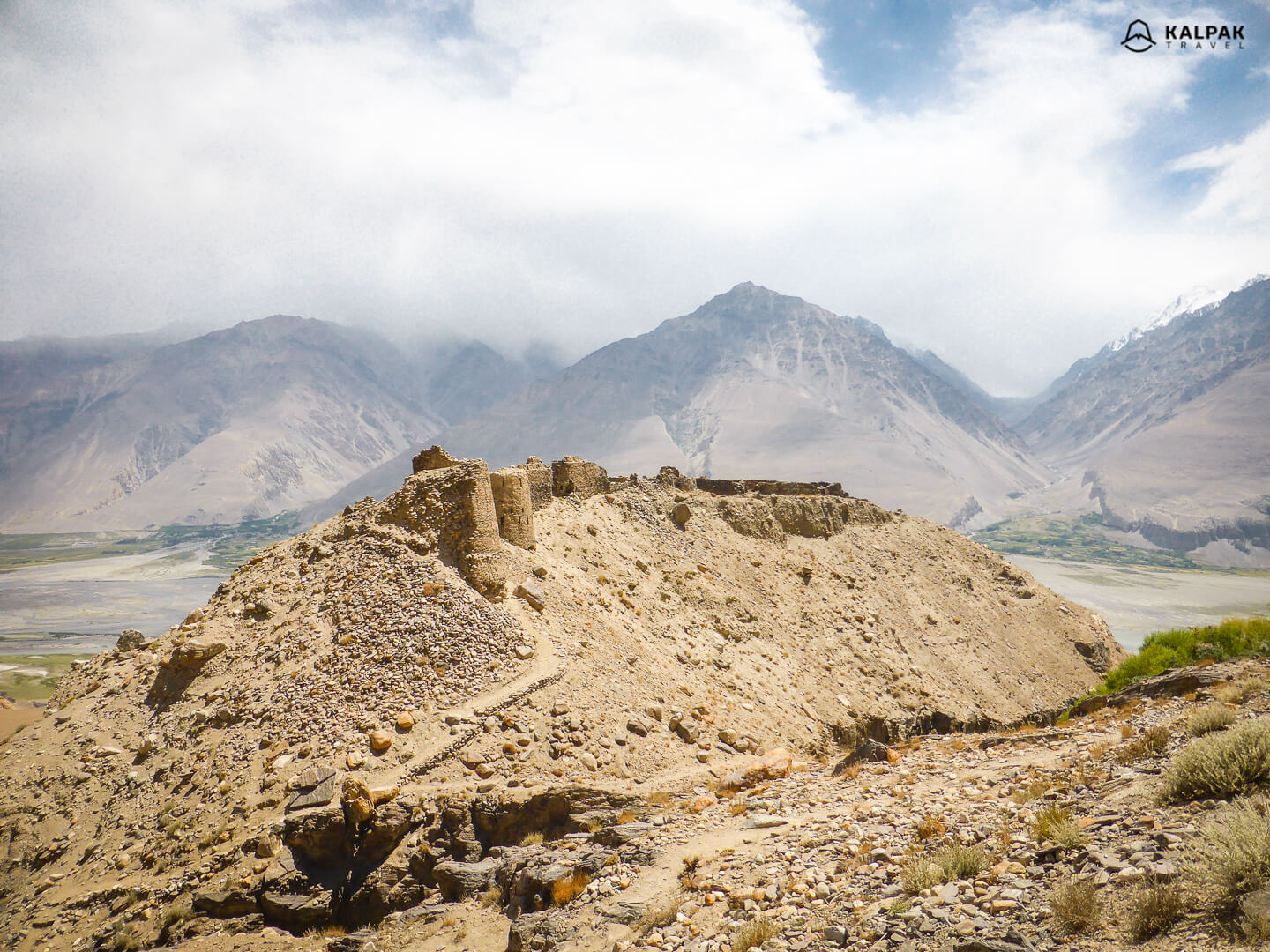 If you turn from M41 and drive for 16 kilometers you will come to a very special small village. Bulunkul is the coldest village in Tajikistan laying at an altitude of over 3700 meters. The lowest temperature registered at the meteorological station there was under – 63°C. This village is located near the Bulunkul lake. Bulunkul is connected to another lake called Yashilkul by small water passage and this area is an important area for migrating birds. 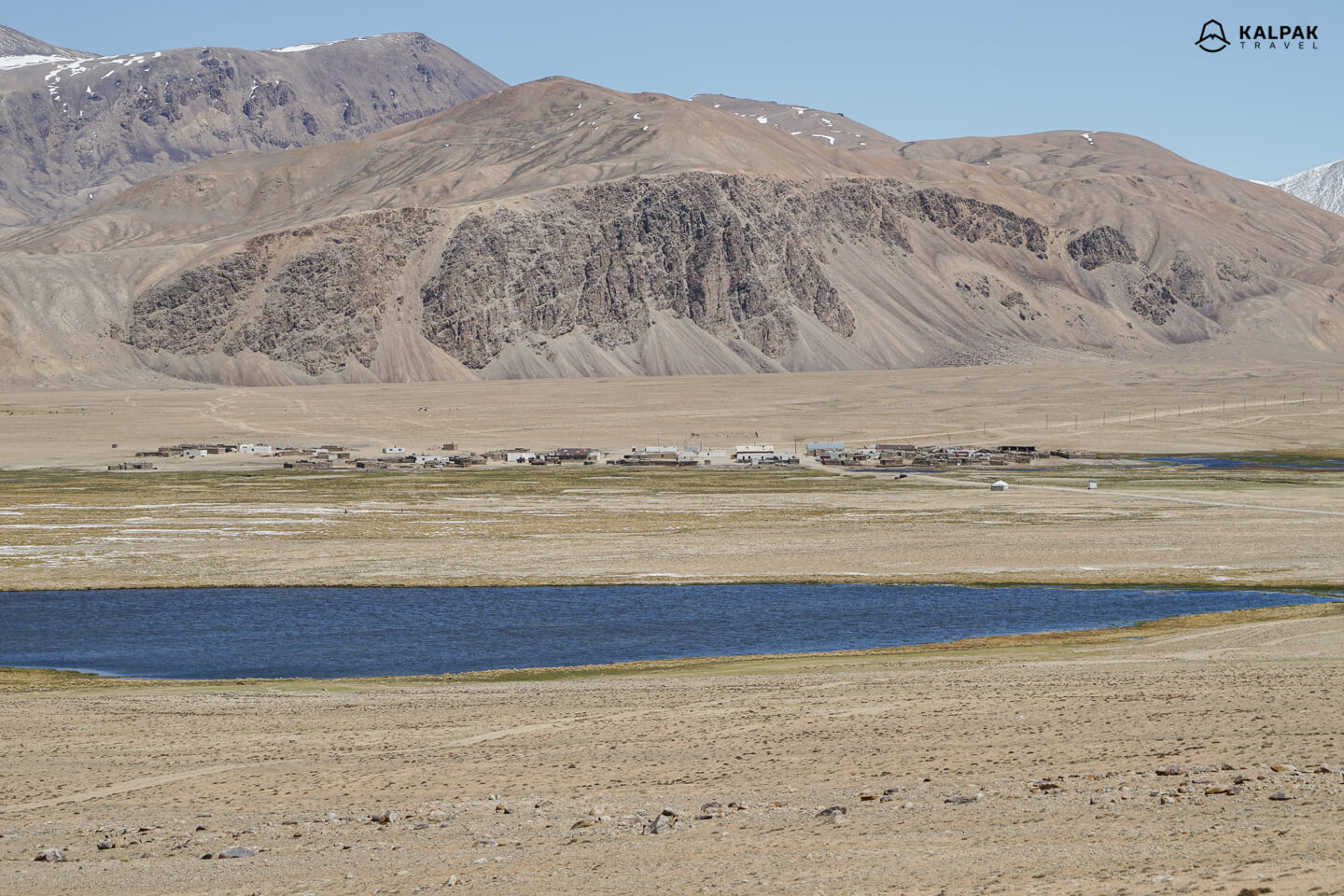 Murghab is the second largest city in Pamirs and largely inhabited by Kyrgyz minority. Its population is around 4000 people and located at an altitude of 3600 meters.

Karakul lake is located in Tajik National Park and has a width of 52 meters. A little town nearby is also called Karakul and offers homestays where you can sleep and eat by local families. Karakul lake also hosts Roof of the World sailing regatta which is one of the highest altitude sailing competitions, since the lake is located at 3960 meters above sea level. 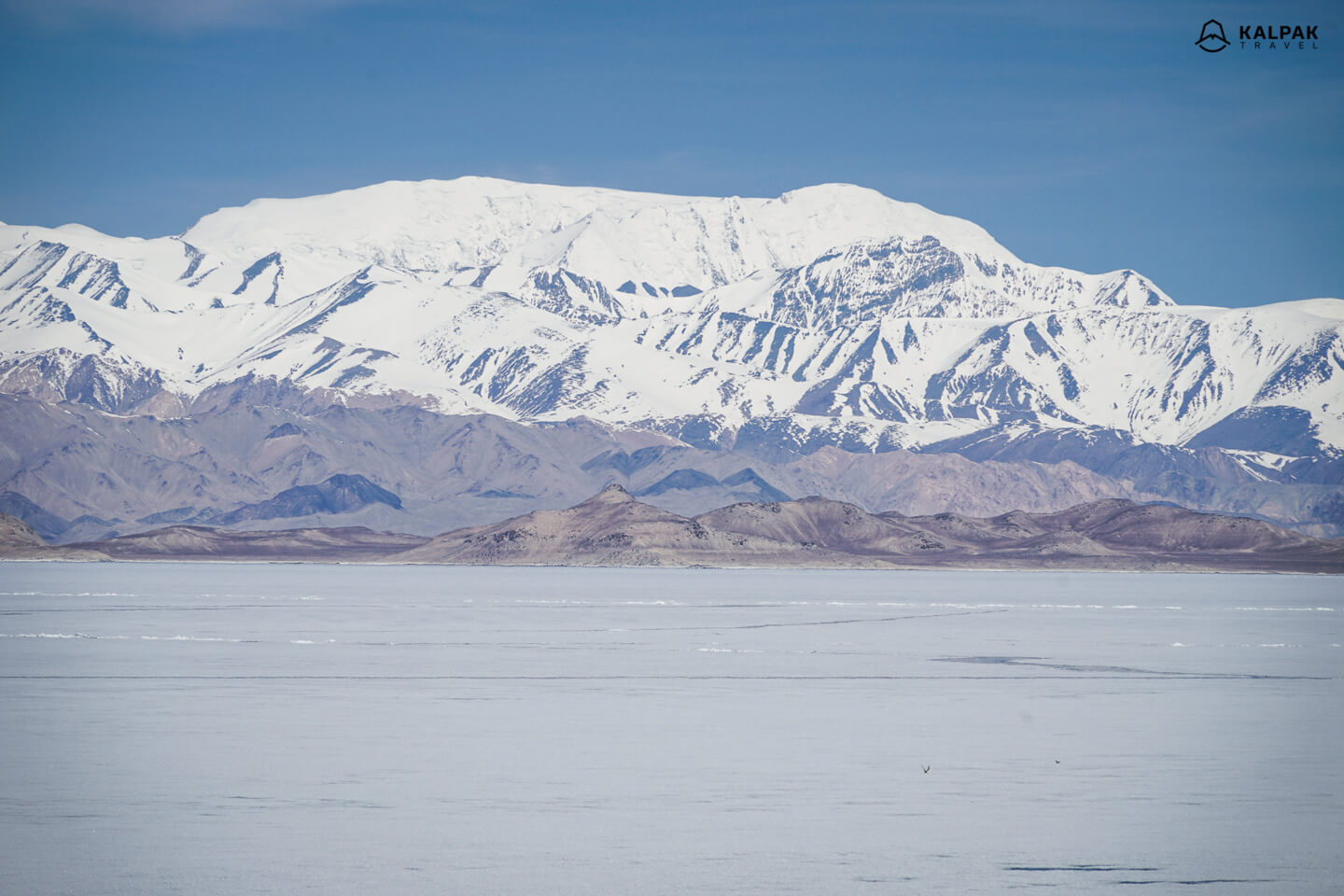 Roof of the World – Pamir

The term roof of the world is often referred to Tibet and Himalayas, however, this term was initially coined to Pamirs. Pamir in local languages literally meant Roof of the World or Bam-i-Duniah also with a variation as Bam-i-r. This was first mentioned in the Western world by J. Wood, a British traveler and later by T.E.Gordon  in 1876, in his book dedicated to his expedition to the Roof of the World or to Pamirs. Driving through an incredible high plateau where the vegetation is limited, no trees grow, and you see just the peaks of the mountains – you start getting a feeling that you are observing the top peaks of the Roof of the World. It is an incredible feeling to see these peaks with your own eyes and to know that they are more than 5000 meters high. 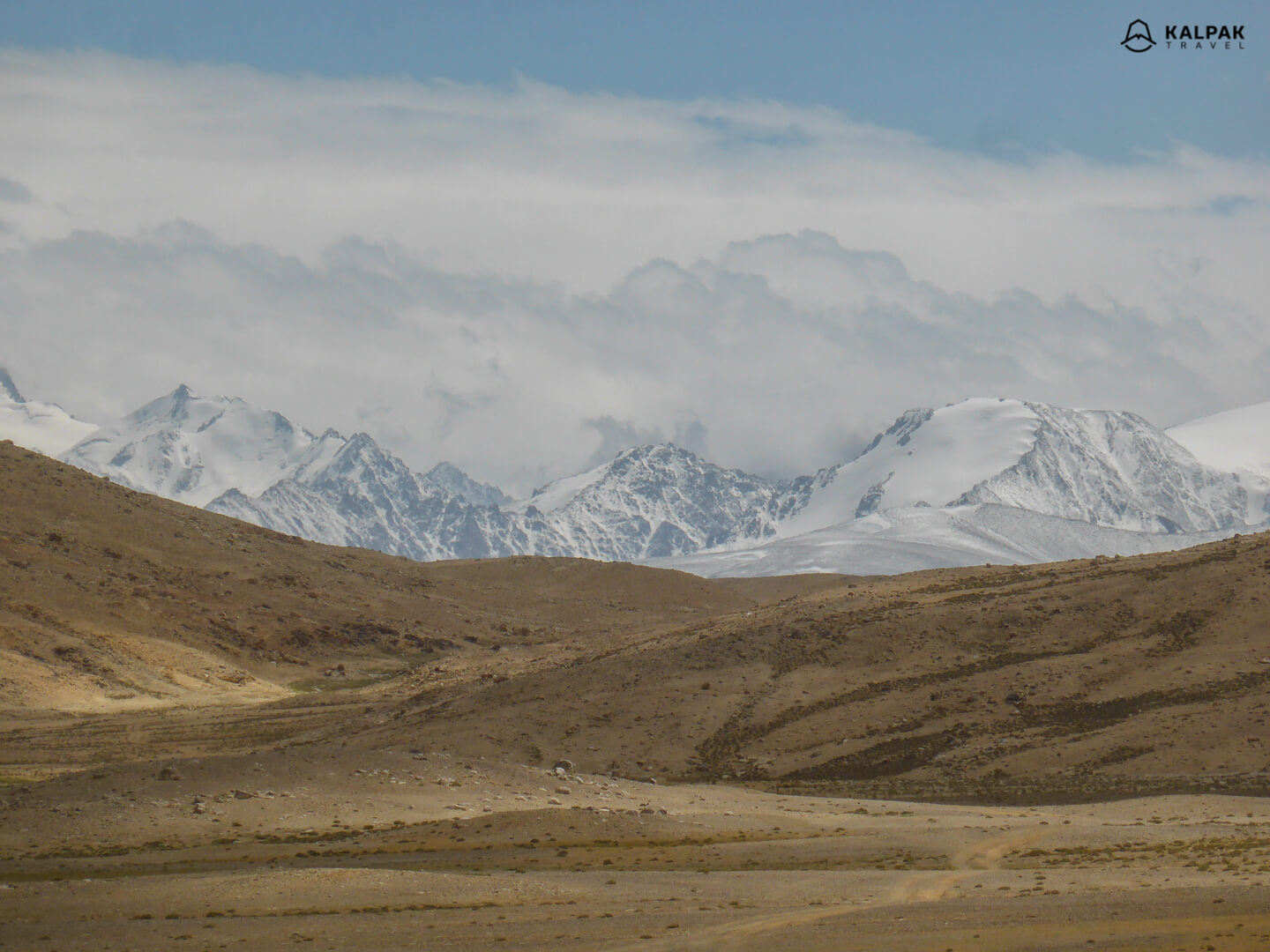 Pamirs are an impressive mountain chain of Central Asia, which is mainly located in Tajikistan.  It is situated right at the junction of the highest mountain ranges in the world such as Hindu Kush, Tian Shan, Karakorum and Himalayas. Its highest point in Tajikistan is Ismoil Somoni Peak and its peak reaches 7495 meters. Tajik National Park of Pamir Mountains are recognized by the UNESCO for its exquisite diversity of exceptional natural beauty since 2013. 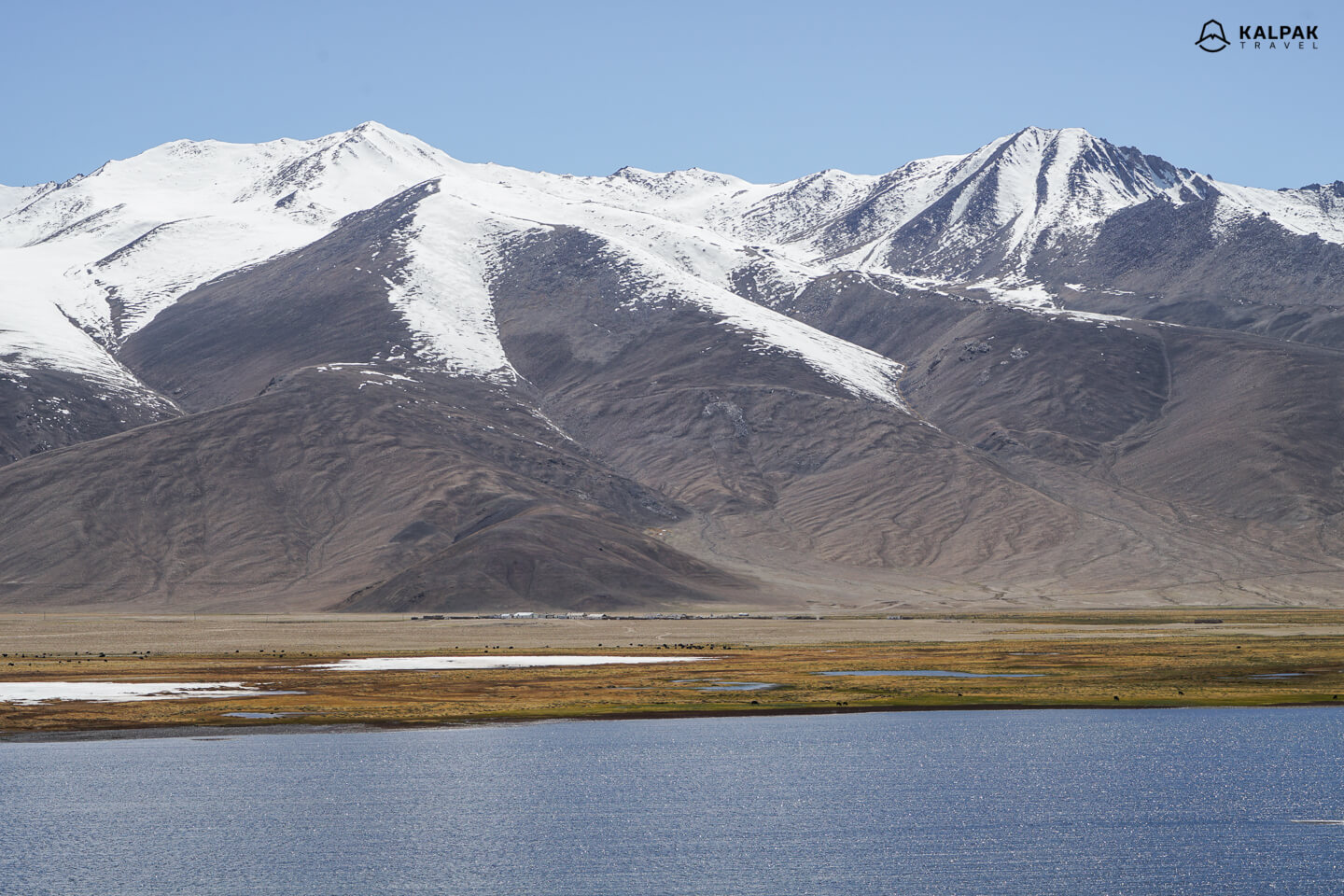 The most easily accessible peak over 7000 meters high is Lenin Peak, situated between Kyrgyzstan and Tajikistan. On doing Pamir Highway journey you can plan an additional day to sleep at the base camp of this giant. It is easy is easy to do so, because the base camp at 3600 meters on the Kyrgyz side is accessible by car. 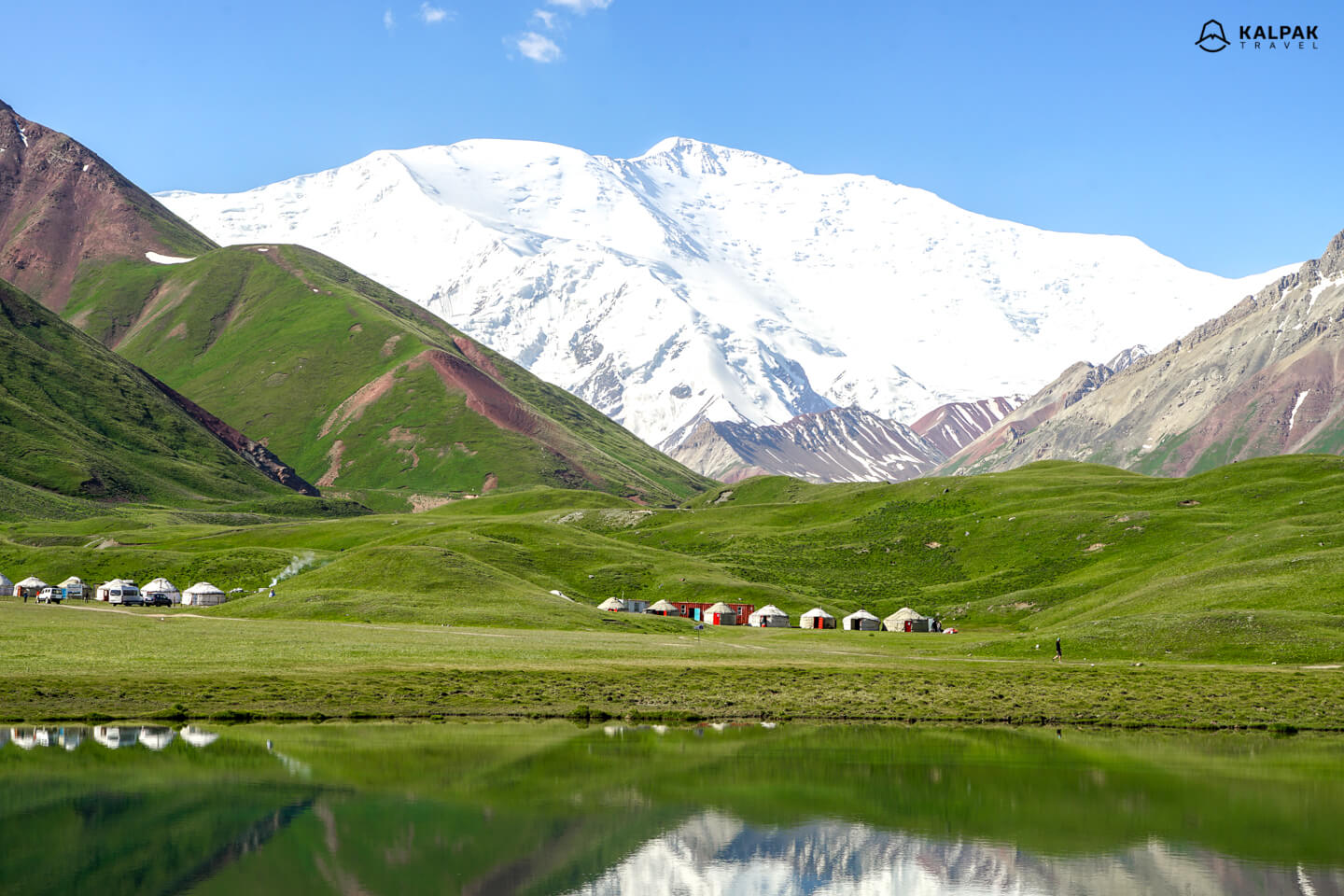 The best time to do Pamir Highway Tour is definitely summer, preferably July and August. At such high altitude, the climate and weather of Pamirs is pretty cool. It can get hot during the daytime, however, it cools down quickly at night. Located between high peaks, the wind is almost always present, so it is advisable to pack some warm stuff. 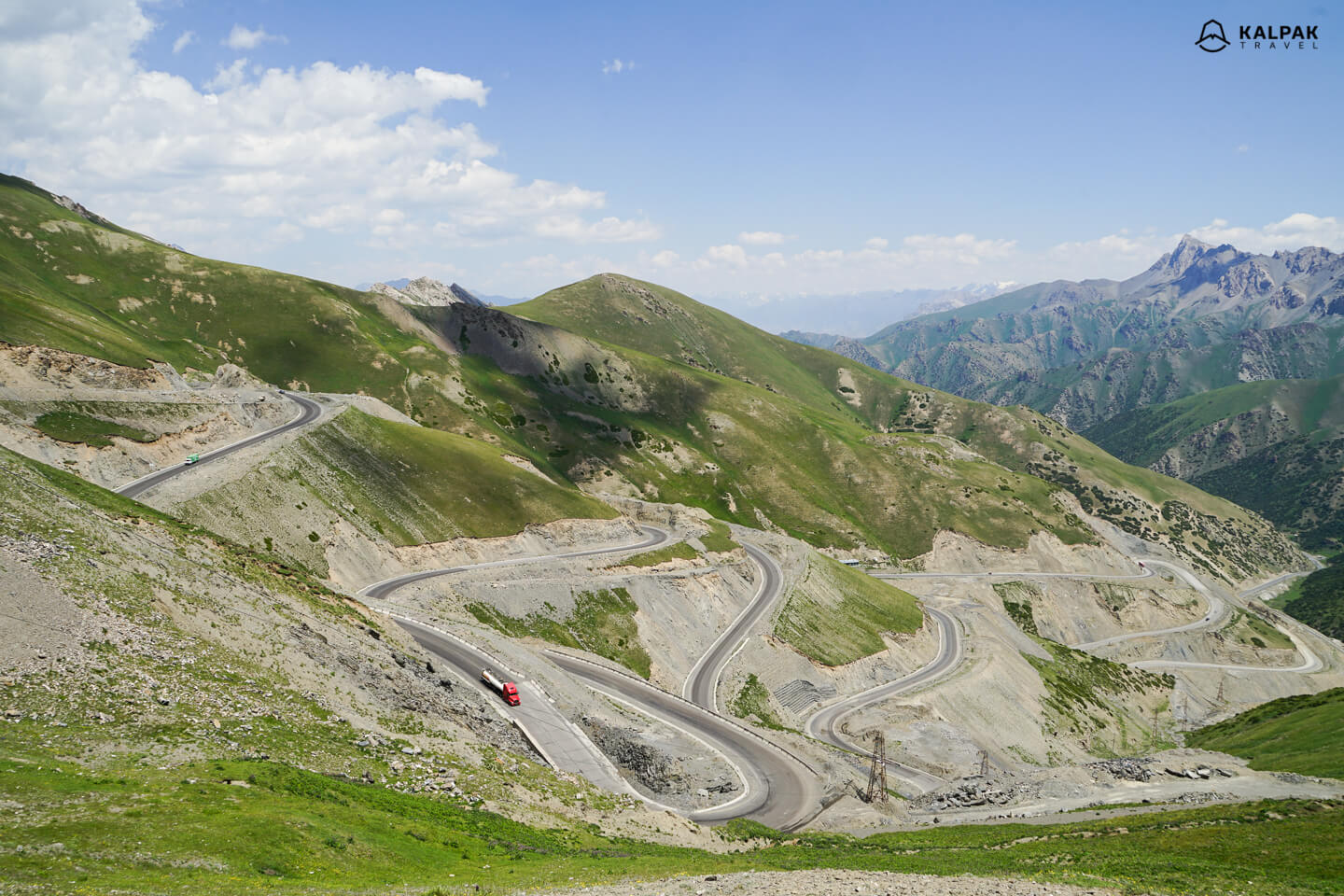 If you would like to get to know more about the Great Game and live in Pamirs here are couple book suggestions:

The Great Game: The Struggle for Empire in Central Asia, Peter Hopkirk, 2011

Tajikistan and the High Pamirs: A Companion and Guide, Robert Middleton, Huw Thomas, 2011 If you would like to travel to Pamirs yourself here is our Pamir Highway Tour that you can combine with Kyrgyzstan. Leaving Tajikistan, you enter the Osh region of Kyrgyzstan. Suleiman Too in Osh is a UNESCO World Heritage site and from there on you will start your adventures in Kyrgyzstan. 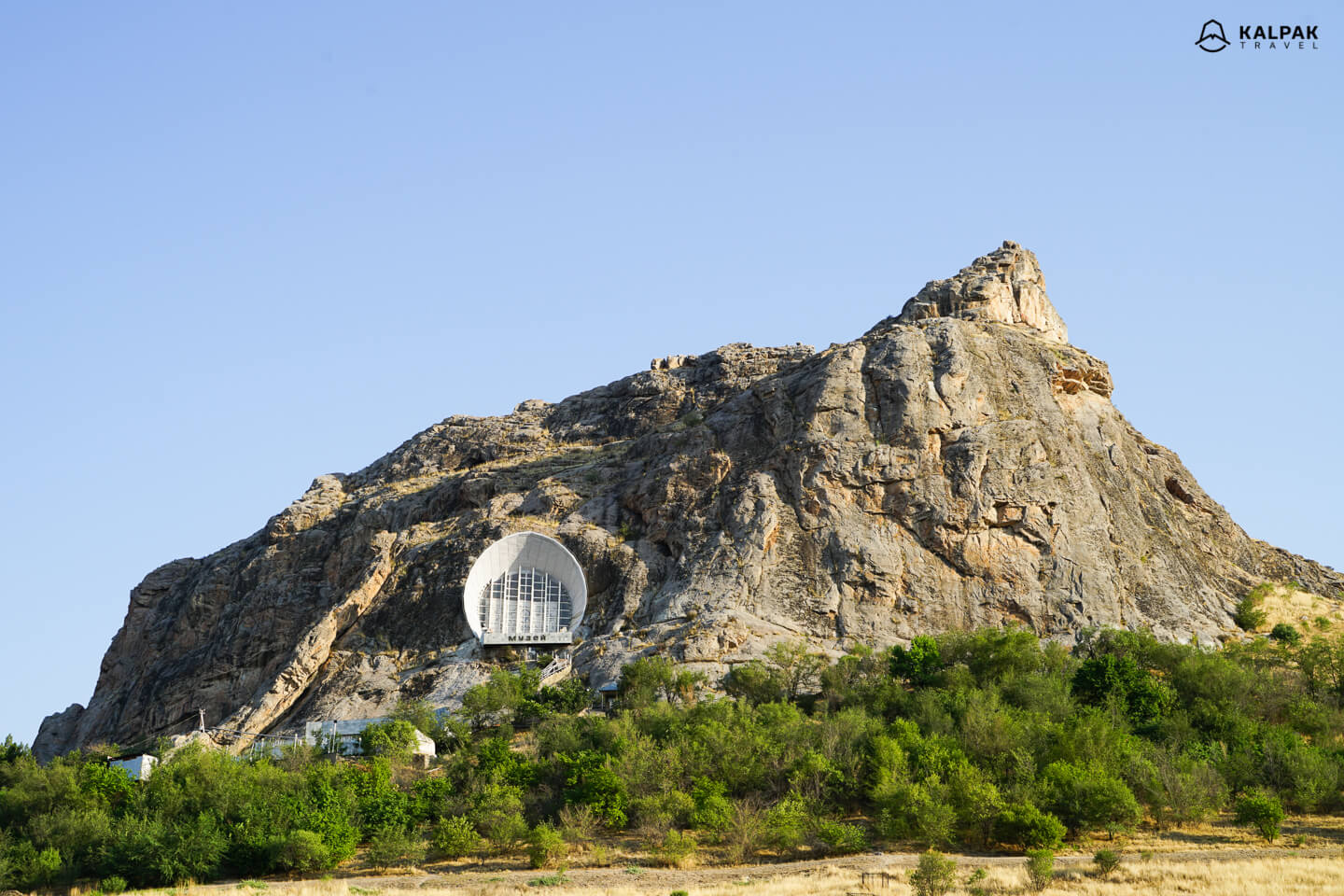