Central Asia is an amazing region of the world where travelers can experience the fusion of different cultures and traditions. Each Central Asian country has distinct national celebrations as well as common festivals. One of such important festivals or spring celebration holidays is called Nowruz/Nooruz/Nauruz. 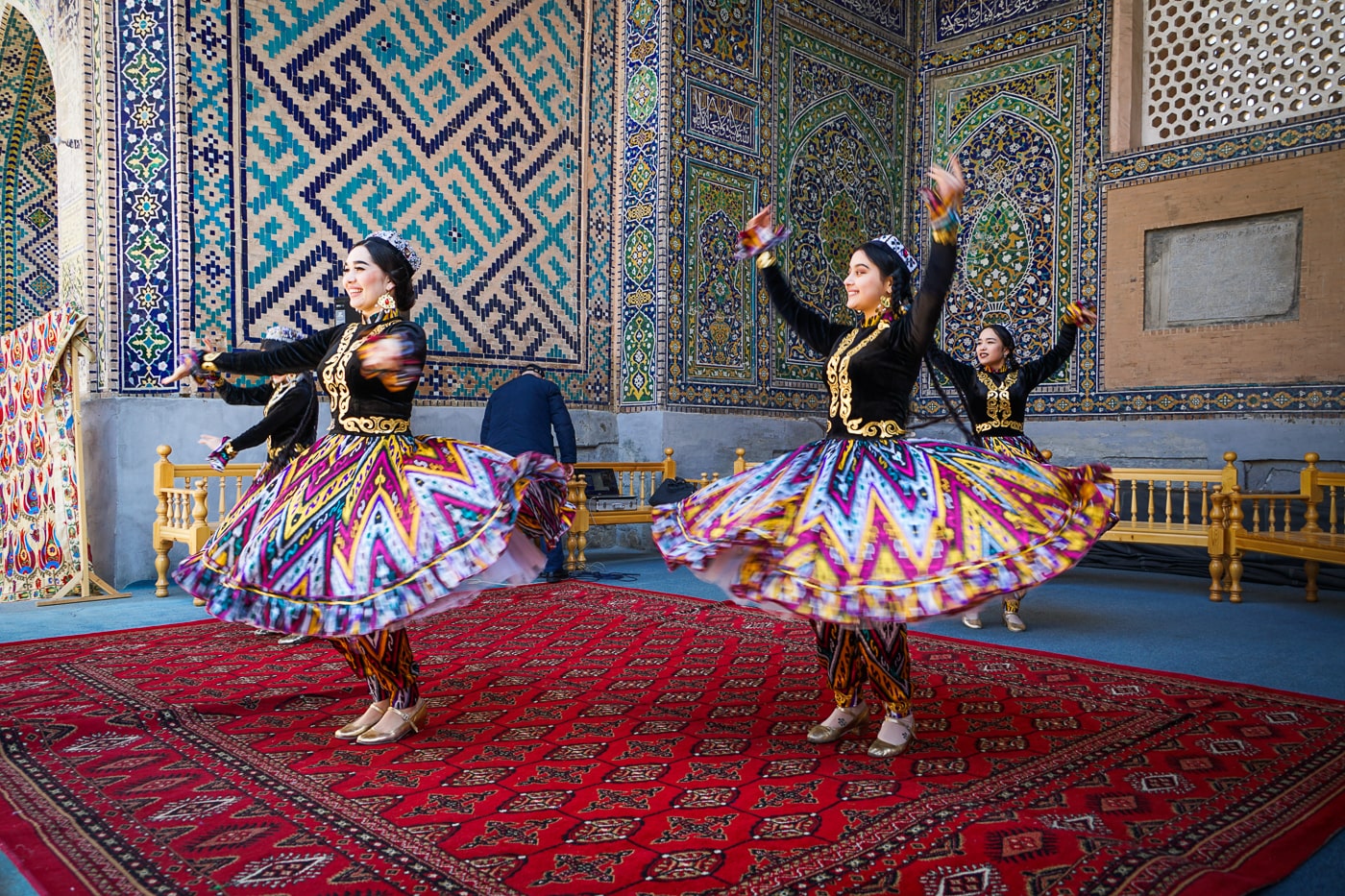 so What is Nowruz?

Nowruz is an oriental spring holiday dedicated to the equinox. The word Nowruz comes from the Persian language and literally means “new day.”  Figuratively, it means a new beginning or the beginning of a new year. It is the time when the day becomes longer than night and hours of sunlight become longer than the darkness. Thus Nowruz also symbolizes the victory of good over evil, the revival of nature, the end to harsh winter, and the beginning of a new life cycle on earth. 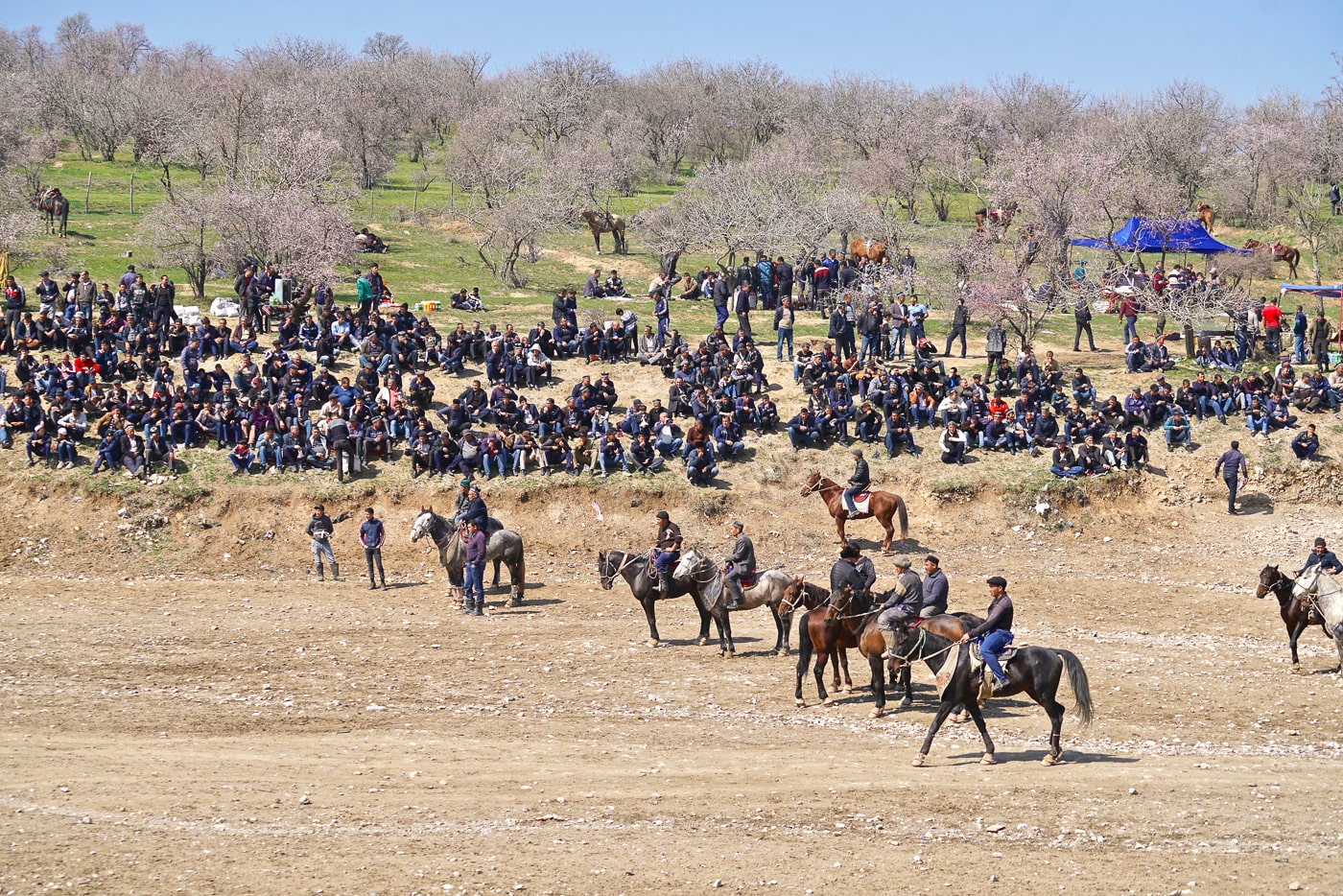 Nowruz is commonly considered to be the Persian New Year, however, its scope stretches far beyond ancient Persia, and it has been celebrated by many different ethnic groups, from China to the Black Sea. It is usually celebrated on March 21, with national games, food, music, and dance. The roots of this ancient holiday go back several millennia, however, the art of festivities and traditions remain pretty much the same. 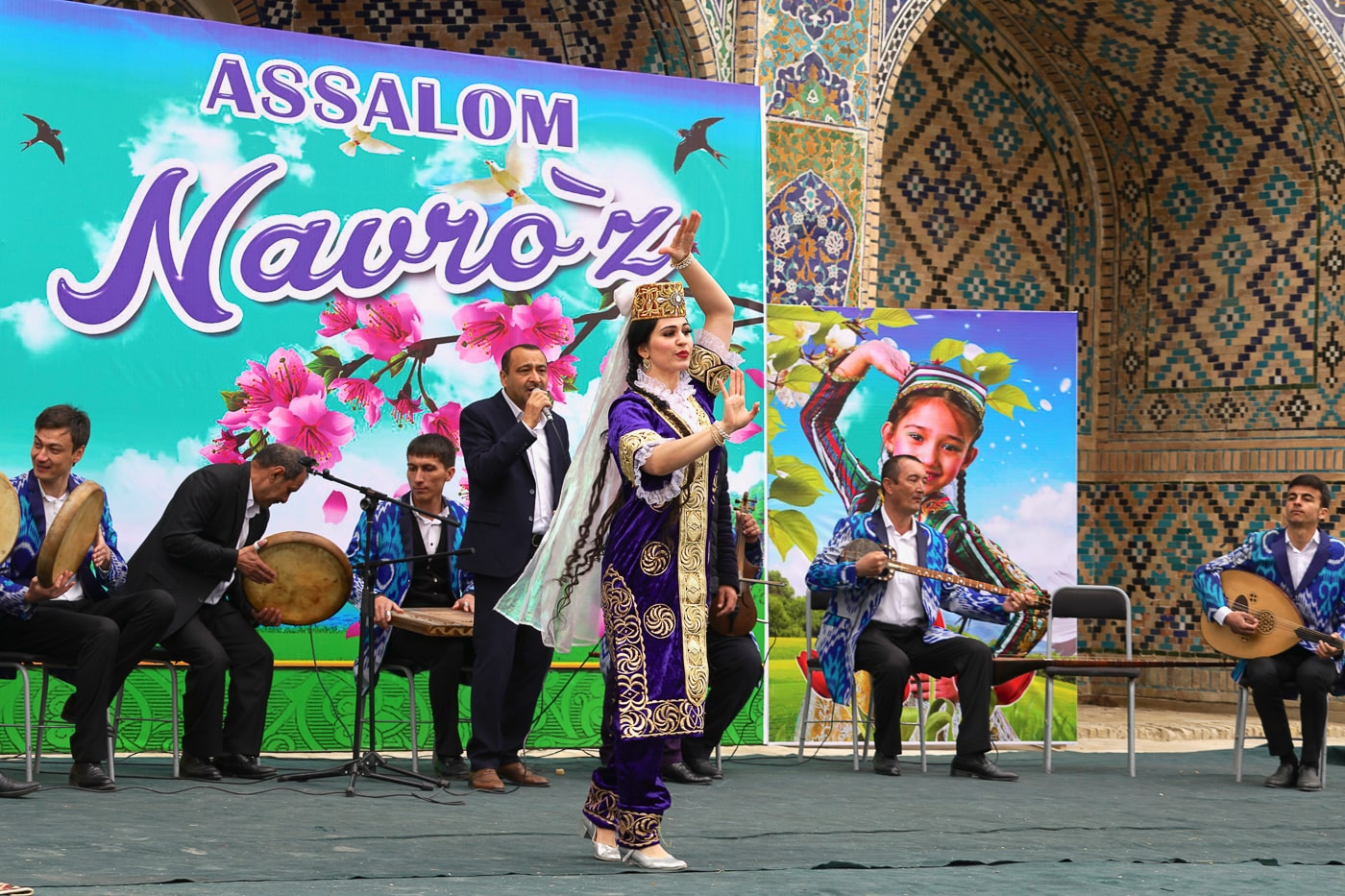 The Nowruz Festival is a UNESCO World Heritage event

Nowruz is a truly international and unique holiday, and it was officially acknowledged by UNESCO as part of our intangible world heritage in 2009. All five Central Asian countries celebrate Nowruz at a national level with large-scale festivities. This joyous festival of spring encourages people to celebrate the harmony between nature and humanity, friendship and reconciliation, as well as being a continuation of ancient traditions. 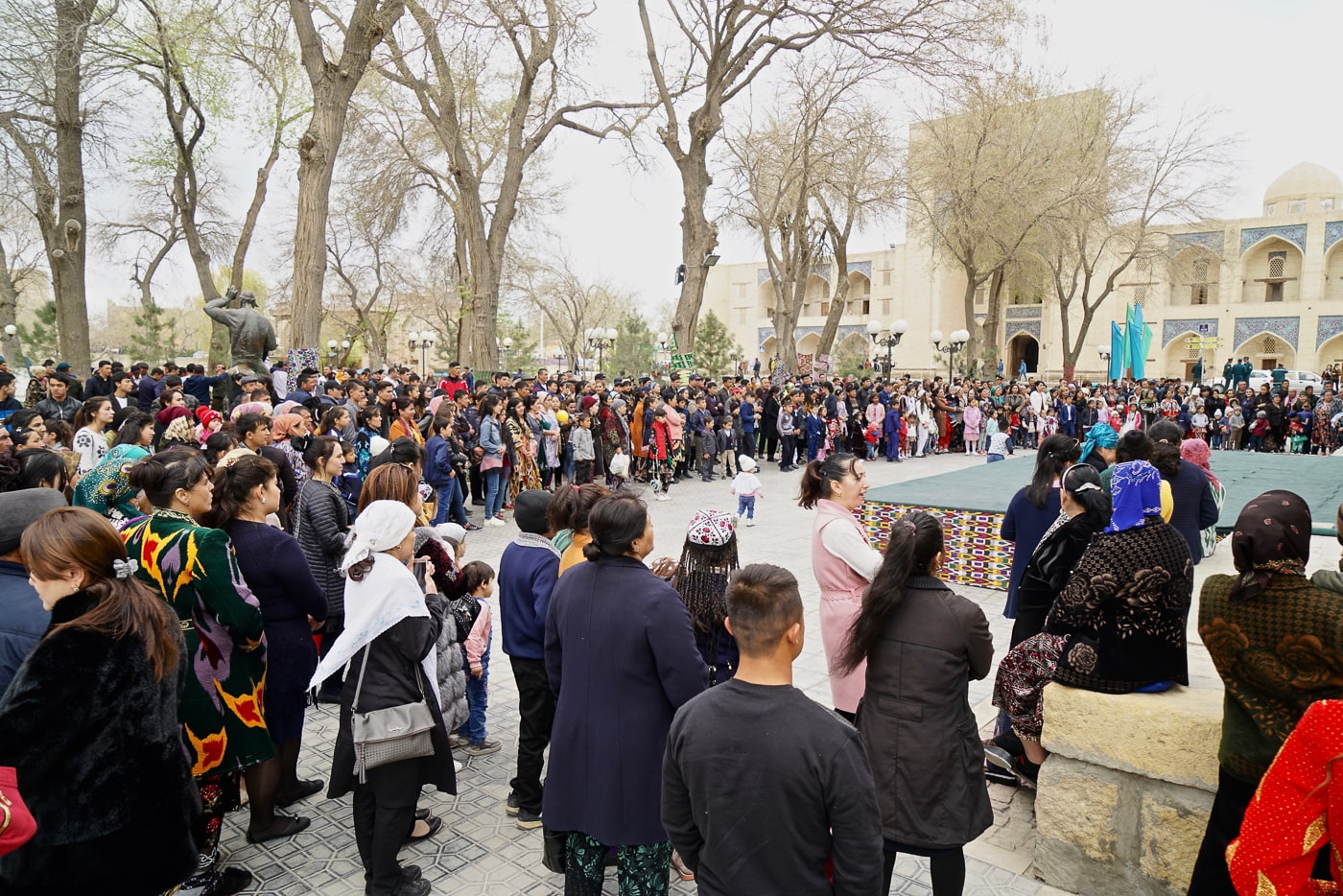 Special meal made only during Nowruz

Every year on the night of Nowruz, women gather to make a special meal with an ancient recipe. This recipe has been handed down from generation to generation, from mother to daughter. It is called samanu in Persian, and its derivatives in local languages include sümölök and sumalak. The main ingredient of the meal is wheat sprouts which have been cooked all night. The preparations include prayers and wishes for the new year, dancing, and singing, and the result is a large pot of sweet, brown paste. This paste will be shared with neighbors and other people celebrating the spring. So how do people celebrate Nowruz? Each country has slightly different traditions, and these are the general ones:

Along with traditional folk music concerts, sports competitions are also very popular and important. These competitions include wrestling, horse races, and buzkashi. Buzkashi is an ancient horse game, akin to polo, but played with the carcass of a goat. More than 100 players try to pick up the goat from the ground and then race up the field with it to score a goal. 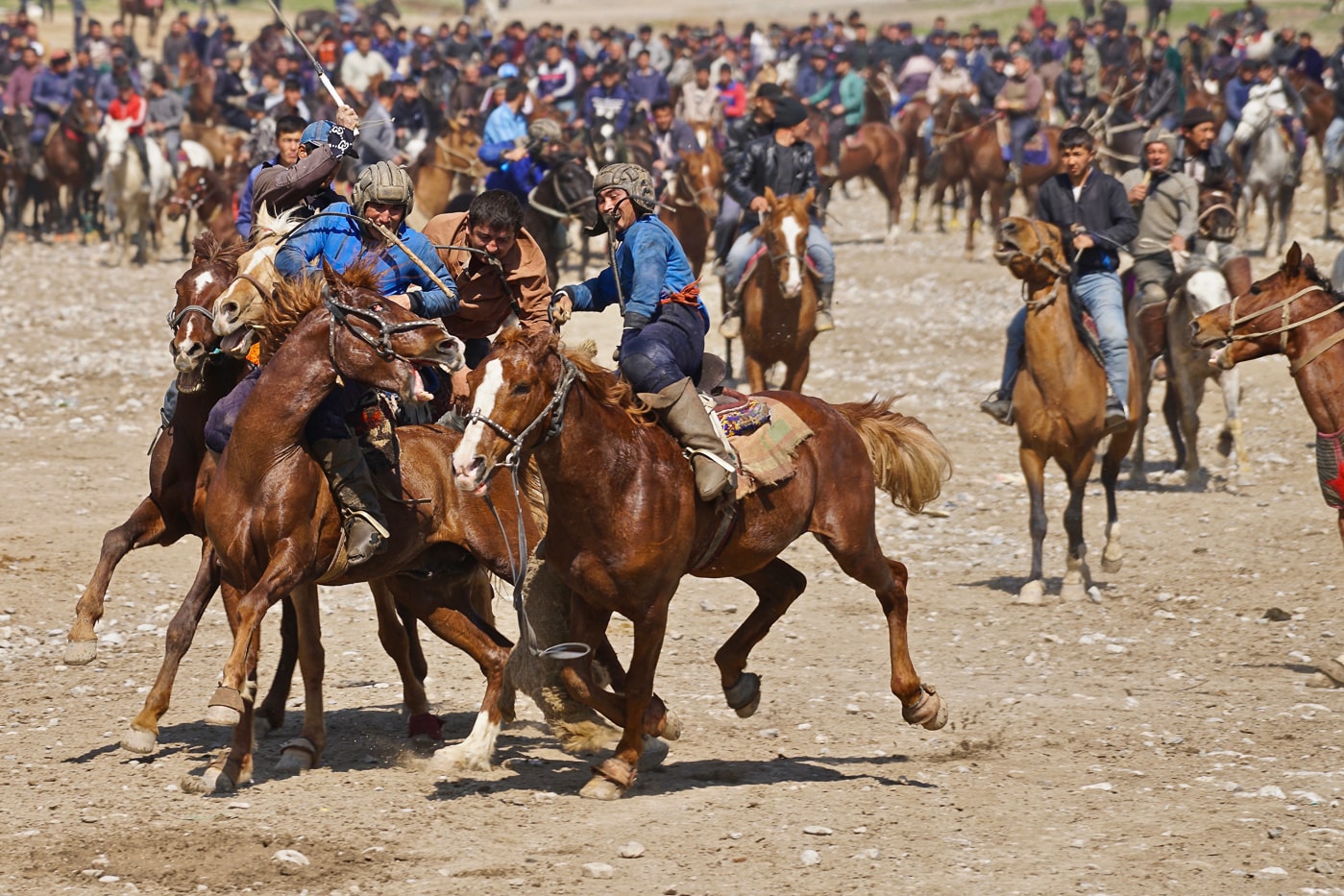 This game is terrific as it takes the visitor back several centuries to the time when huge groups of horseman fiercely rode horses across the mountains, into battle or to raid enemy villages. The best time to see this game is during the Nowruz celebrations. There are special prizes provided by the government and local sponsors in every village and city. Prizes vary from traditional carpets to household electronics like a refrigerator or TV, and the winnings may even include sheep, horse or a car! The celebrations are typically televised, and the whole population enjoys the holidays. 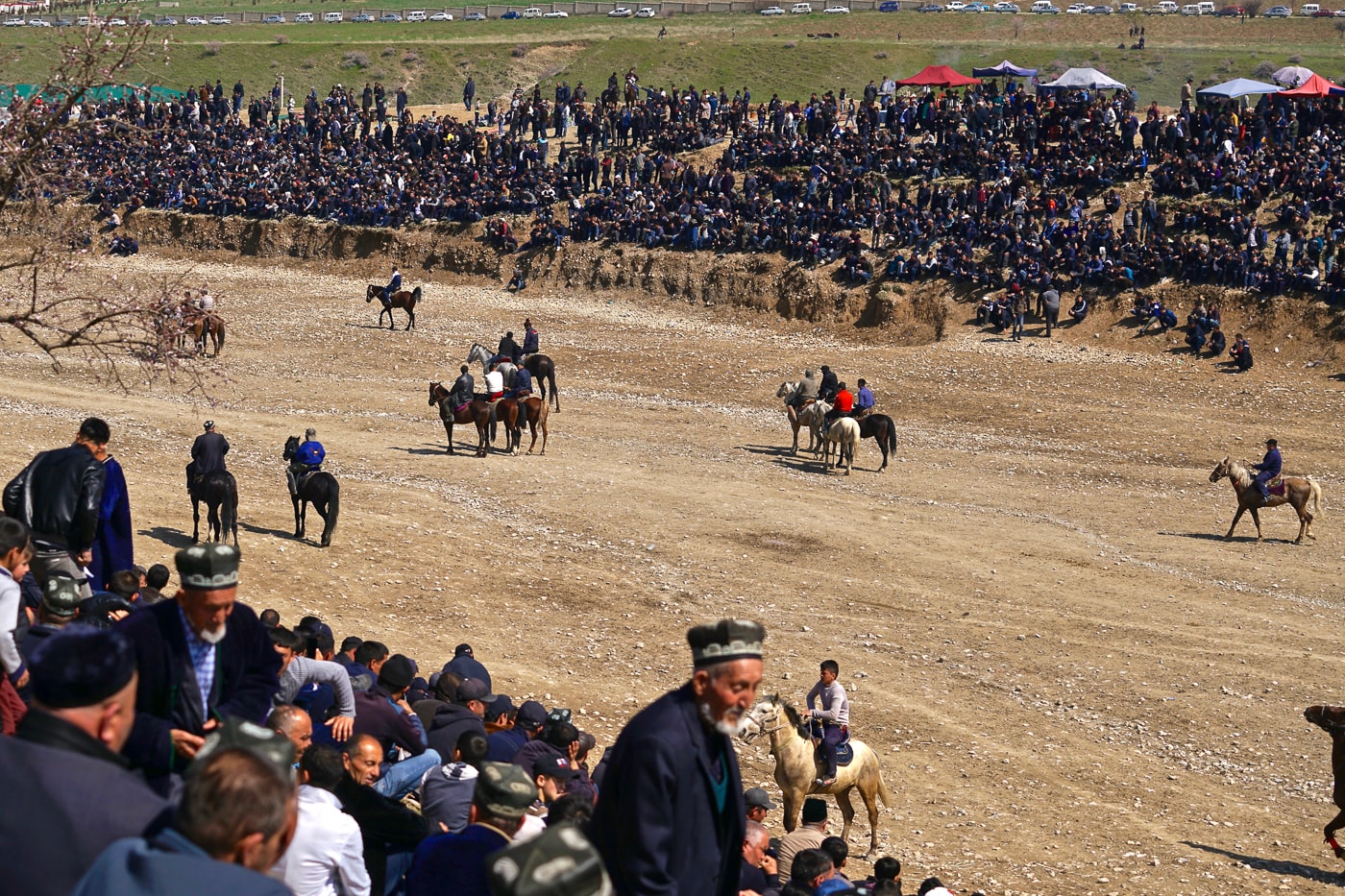 Spending Nowruz in Central Asia is an incredible experience. At no other time of the year will you see people in traditional festive clothing, listen to concerts watch and participate in games, and try the most traditional foods. Nowruz truly reflects the diversity of Central Asia, its rich cultural heritage, and the traditions passed down through the centuries. 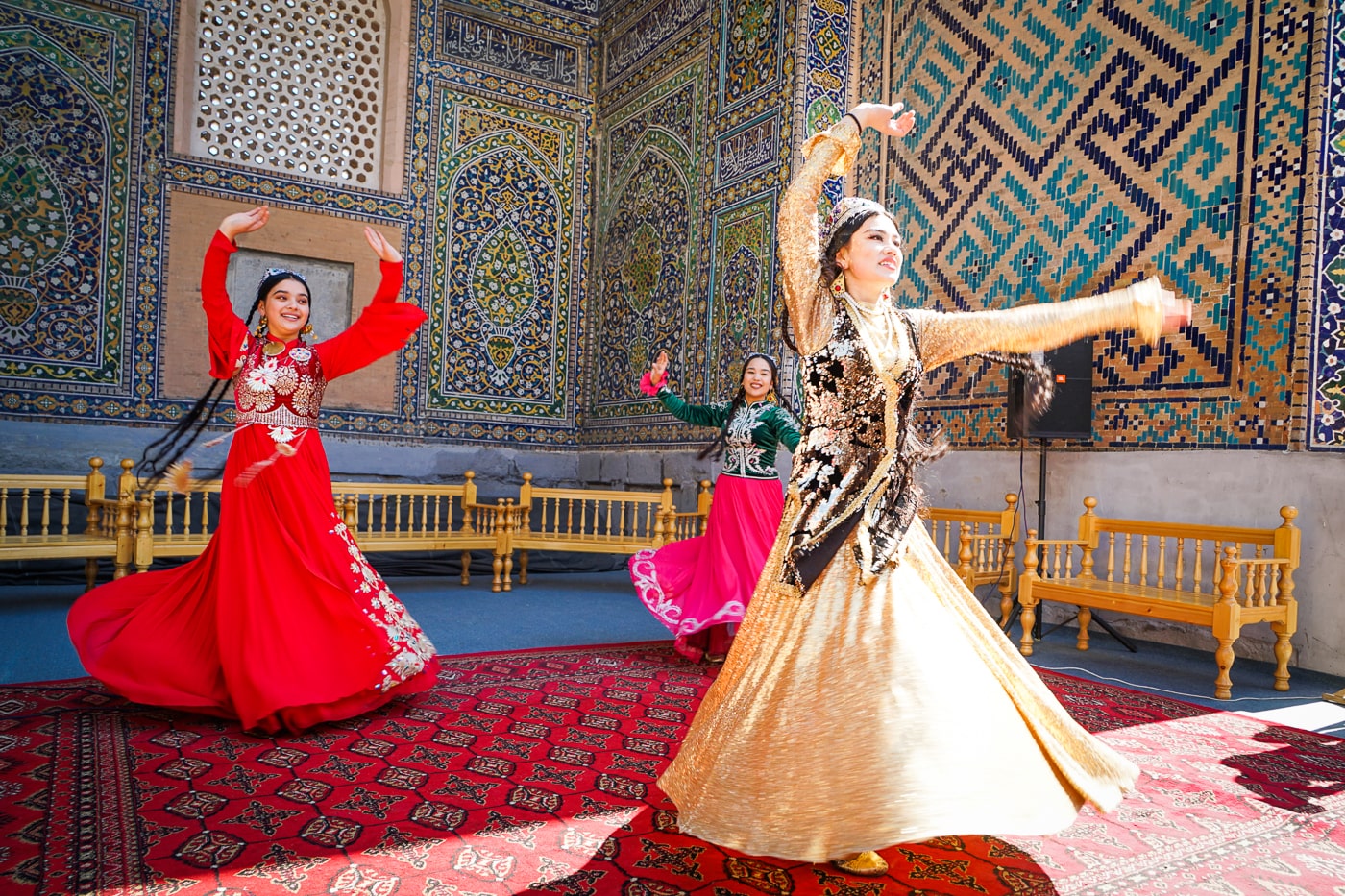