Around ninety percent of Tajikistan is guarded by towering hills and mountains; and a hundred peaks of the Fann Mountains soar to an astounding height of 5,000 meters, flaunting their irresistible beauty. Whether you are an adventure junky, honeymooner, trekker, or backpacker, this Tajikistan Trekking Tour will quite literally take your breath away. Unlike most of the mountain ranges in Central Asia, the Fann showcases a unique blend of barren and verdant outlooks. Nestled amidst high mountains you will come across traditional villages and picturesque green meadows, turquoise lakes, gurgling rivers, and scenic valleys. Tajikistan is a paradise for mountain lovers, and as the Fann range is only a few hours driving from the Tajik capital, Dushanbe, you can combine trekking with an immersive cultural experience. 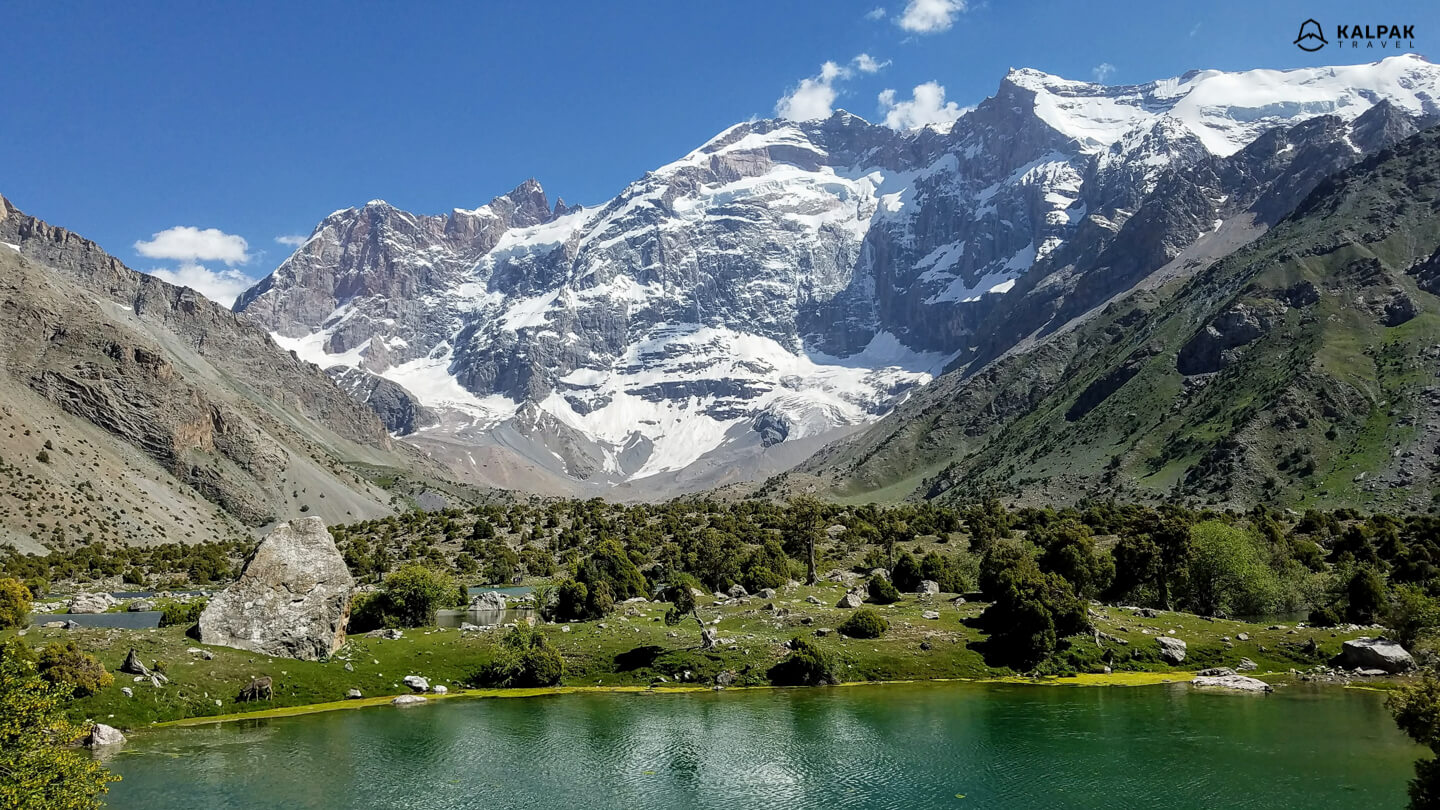 Thank you, Peggy Wang, for traveling with us and sharing pictures with us!

Hiking in the Pamir or the Fann Mountains?

The Pamir Mountains are the geographical high points of Tajikistan, and they’re traversed by the world-famous Pamir Highway, which has an average altitude of just under 4,000 meters. Though dramatic, the Pamir is largely barren, less accessible, and due to the altitude trekking — and any other kind of physical activity — is much more demanding on your body. You might well need time to acclimatize and require a jeep to get between treks. 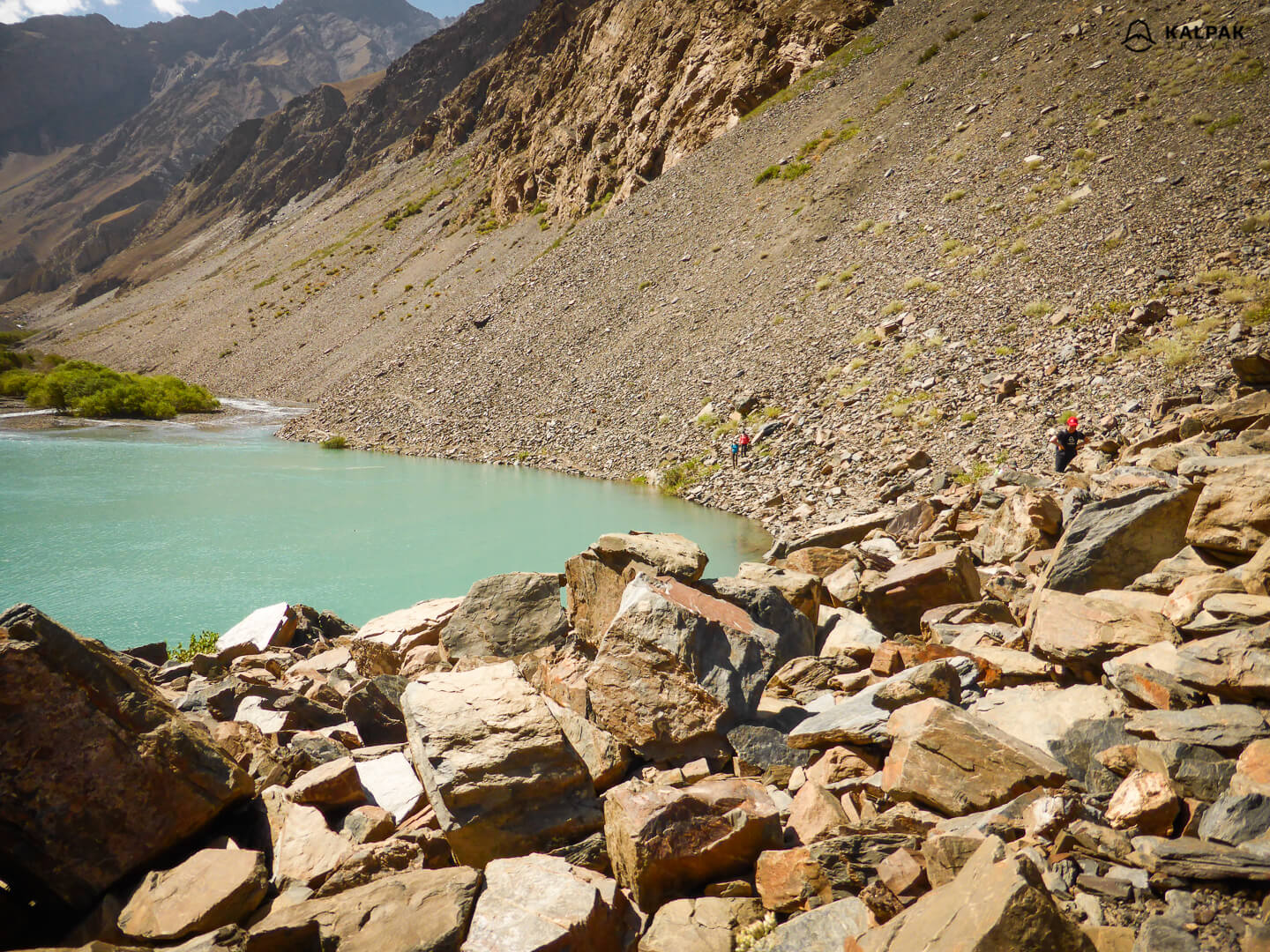 In contrast, the Fann are easily accessible from Dushanbe, which has an international airport. You can expect to reach the mountains in half a day’s drive (as opposed to at least two days to get to the Pamir), and if you’re taking a trip to both Tajikistan and Uzbekistan, the Fann lie conveniently en route to the Fergana Valley. Though still wild, the Fann has a greater concentration of villages than the Pamir, so even traveling on foot you’ll meet many locals along the way, often leading their donkeys laden with hay. The people in the Fann are mostly ethnic Tajiks, as opposed to the Pamiris who are a different ethnic group with their own language, traditions, and branch of Shia Islam called Ismailism. In Pamirs, you can trek for days without meeting a single person, but in the Fann there are many opportunities for cultural and social interaction. 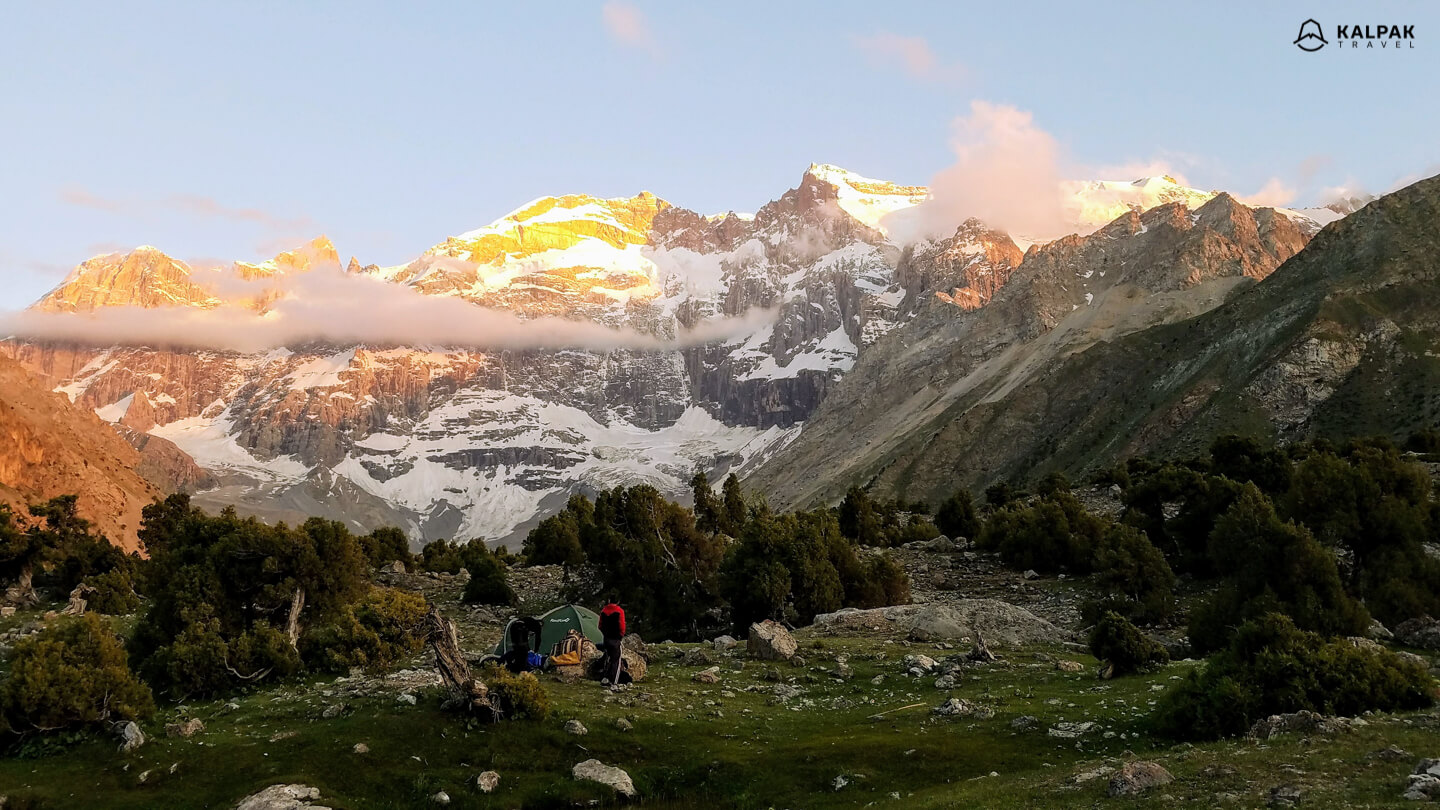 Where should you start your tour to the Fann Mountains?

Dushanbe, Tajikistan’s capital, and largest city, serves as an ideal point to embark on a tour of the Fann Mountains. Dushanbe means “Monday” in the Farsi language, and Farsi and Tajik are closely related to each other as Persian languages. Dushanbe became the capital of Tajikistan in 1924 and for much of the Soviet period, it was called Stalinabad. You can see the influence of the Soviets in many of Dushanbe’s impressive public buildings, including the classical opera house and the museums. It’s a green and pleasant city — far more so than the other capitals in Central Asia — and there are numerous historical landmarks and tourist attractions to keep visitors engaged. 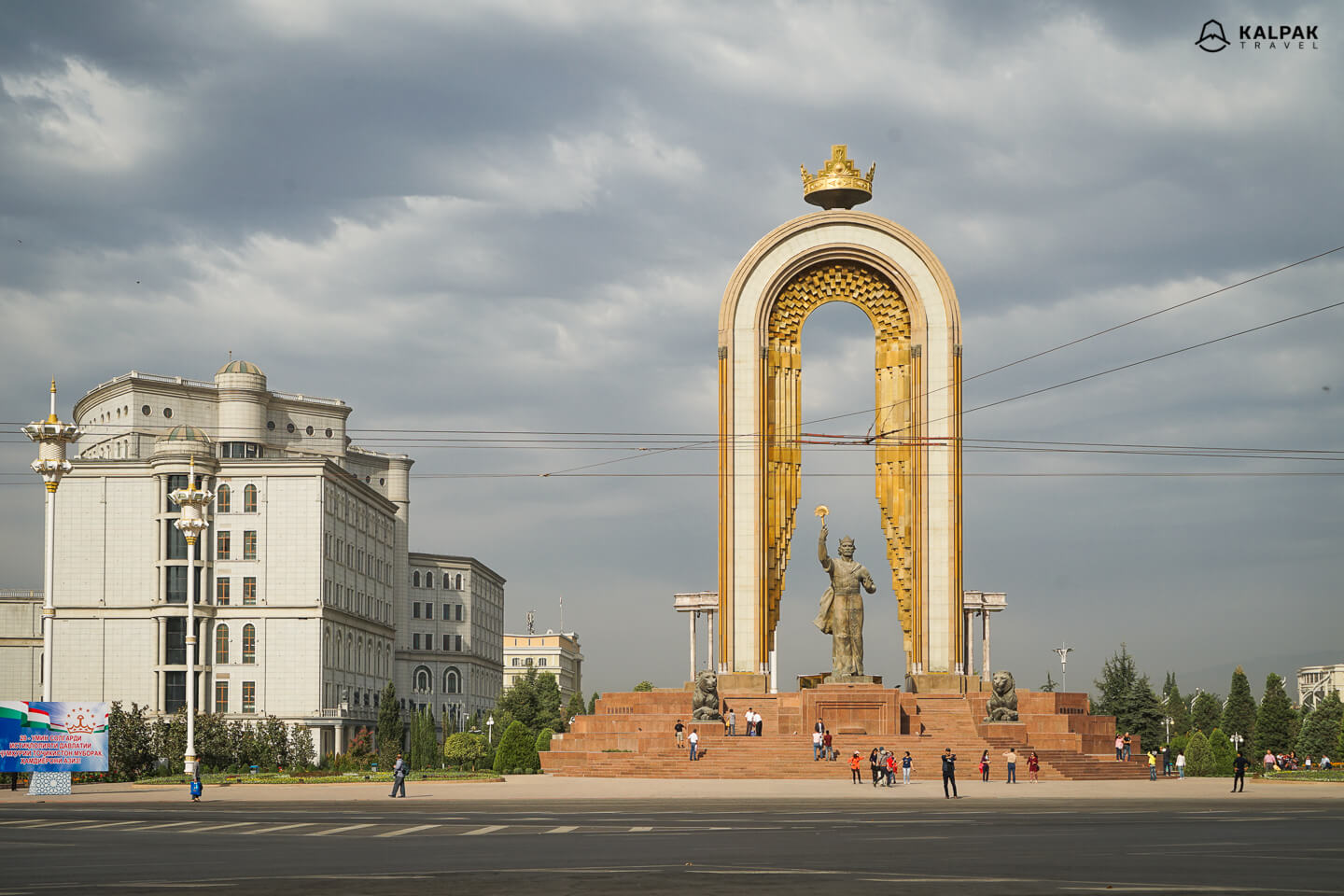 Getting to the Fann Mountains from Dushanbe

To reach the Fann Mountains, you need to pass through the suburbs of Dushanbe, driving out into the farmland beyond. The recently built Anzob Tunnel cuts through the mountainside, but when you finally emerge blinking into the light, it is into the beauty of the Zarafshan Valley. Travelers have journeyed this way for centuries: the Zarafshan Valley was a major trading route on the Silk Road, and its name means “the Sprayer of Gold” — a testament to the value of the goods which were traded here. Bestowed with pleasant climatic conditions year-round, this gorgeous valley boasts of being one of the oldest continually inhabited places on earth. 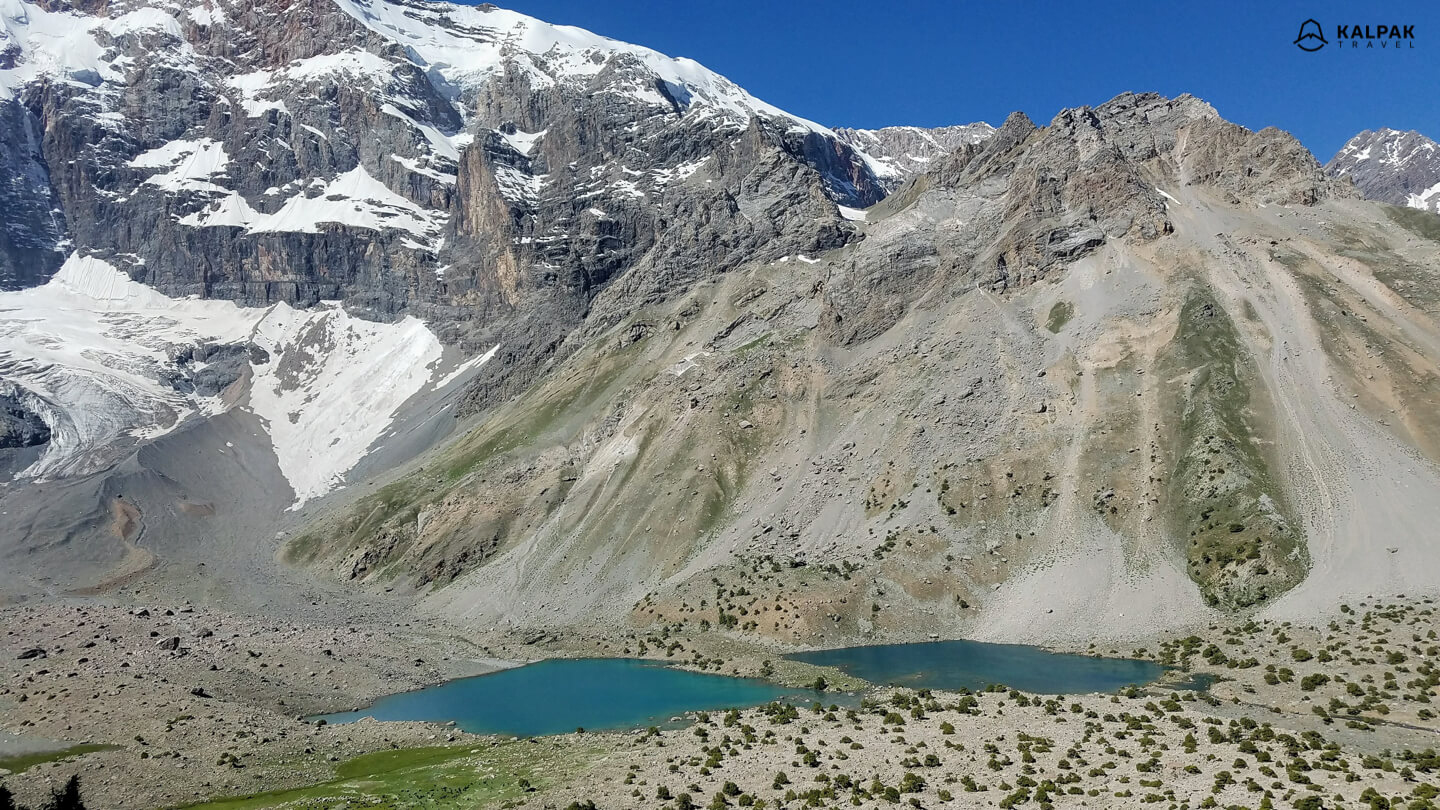 The base camp for treks in the Fann Mountains

The Fann are a cluster of peaks which soar to 5,000 meters above sea level. The highest summit, Chimtarga Peak, is at a height of 5,490 meters, though the range also offers more moderate trekking options, such as to Artuch, the base camp for which is located near to Alaudin Lake. At the start of a trek in the Fann Mountains, you will hike along trails through barren patches of land which seem entirely lifeless, with no signs of human settlements. However, as you ascend, this magical mountain range will surely amaze you with stark differences. With each footstep in this expedition, you will draw closer to the tiny hamlets dotted with clay-huts, and thence to the narrow, yet exhilarating, mountain passes. Get ready for hidden surprises as you cross these high passes and approach the Seven Lakes, which will surely hold you captive. 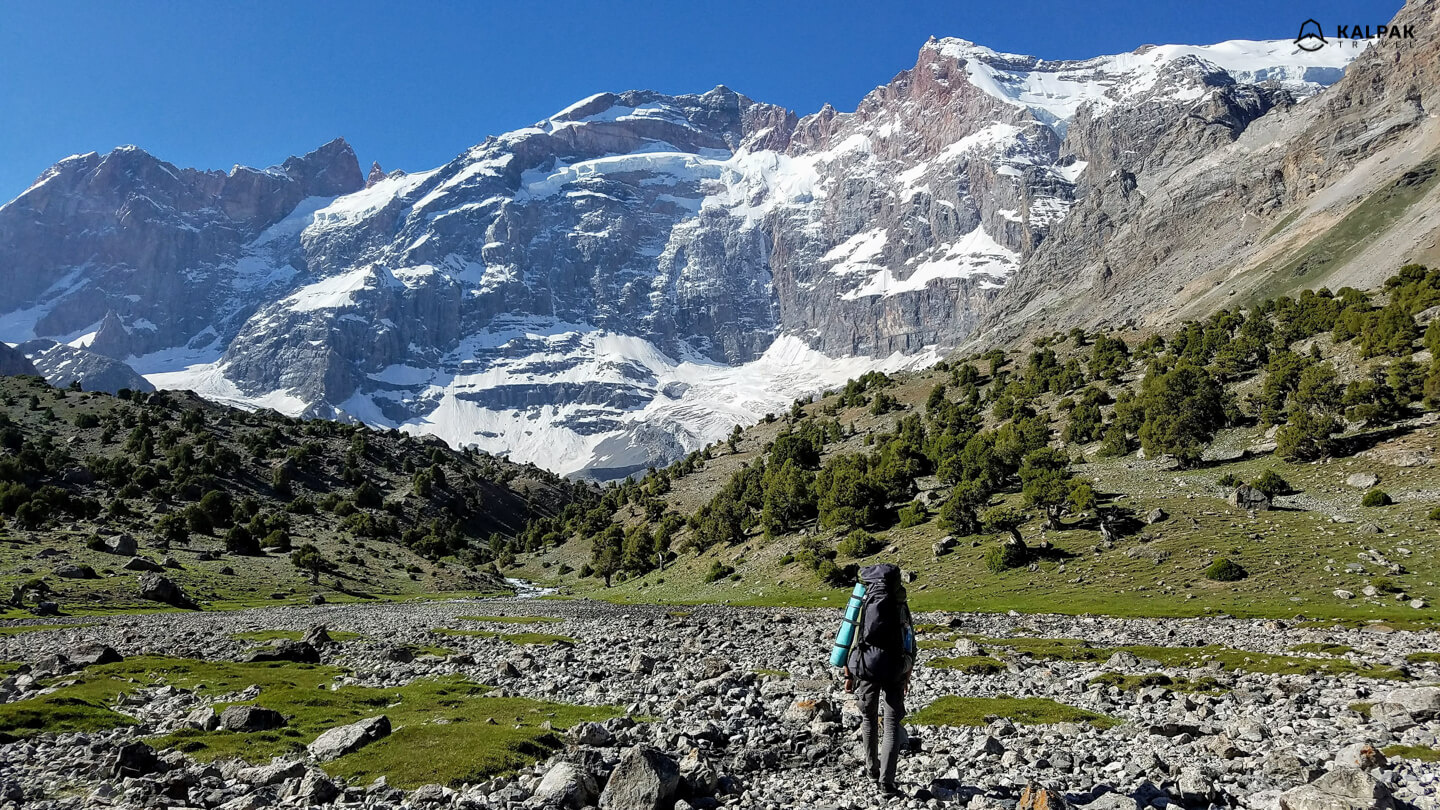 Legend has it that a shepherd once lived in this region, along with his seven daughters. Their beauty was next to divine, and almost every passerby used to fall madly in love. A stranger, disguised as a magician, approached the shepherd asking for one of his daughter’s hand in marriage, but the shepherd rejected him. Incensed with anger, and feeling vengeful, the magician turned all seven of the shepherd’s daughters into lakes. Forever, men can only admire their beauty; no one can ever marry them. A different story tells that all seven sisters went searching for their father. They failed to find him, started crying, and their tears filled in up the lakes. It doesn’t matter whether or not these local legends are true: what is important is that the lakes appear mysterious and quite different to each other, and that they have achieved prominence in Tajik folklore. While one lake might appear dark, the others might be crystal clear, turquoise, green, or deep blue. They all are equally magical, mesmerizing those fortunate to gaze upon them. 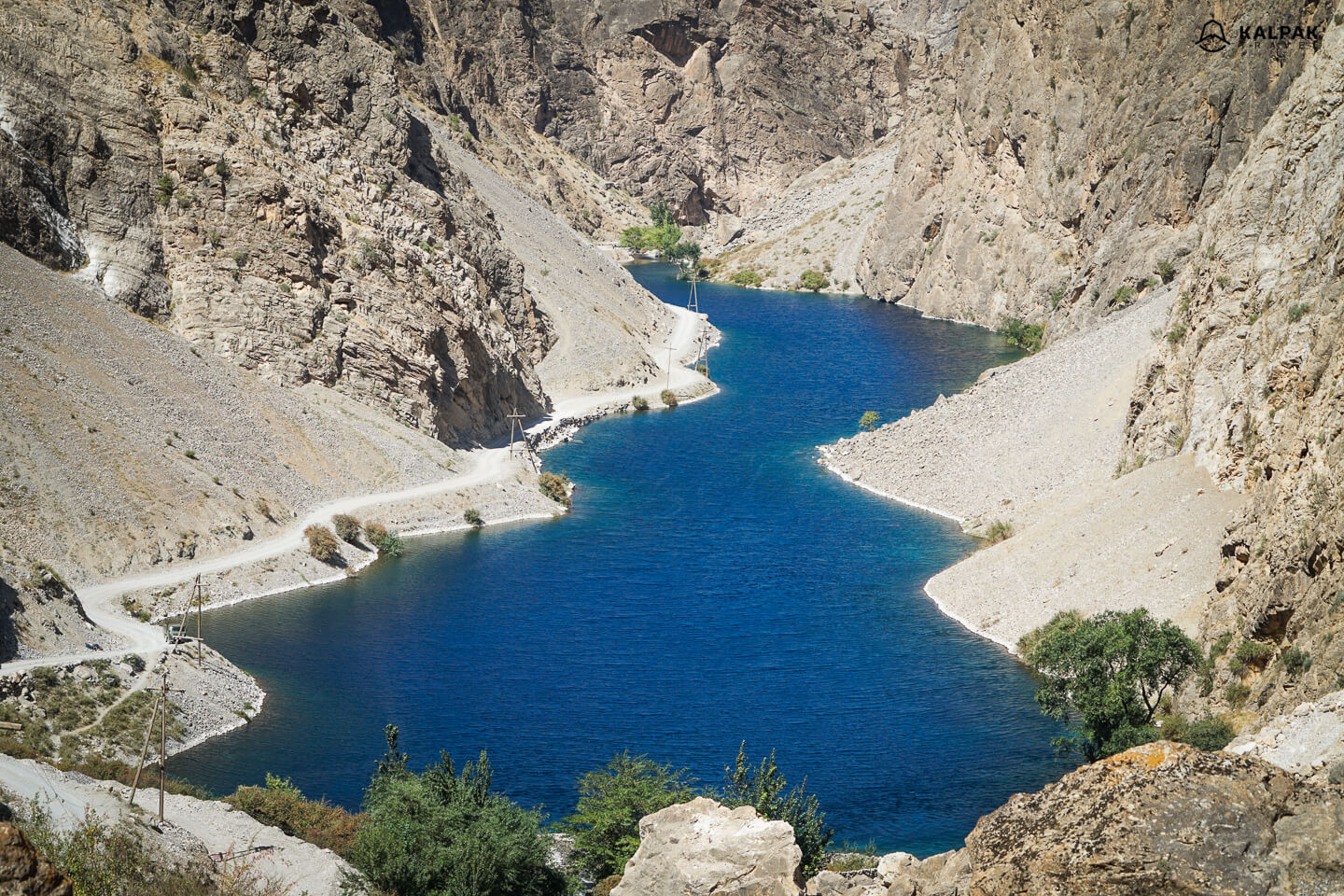 Iskander Kul: The lake of Alexander the Great

There’s no doubt that the beauty of the Seven Lakes, like the seven sisters, is bewitching. But they are simply scenic stepping stones to Iskander Kul, a stunning, turquoise lake which transports trekkers back to the time of Alexander the Great. Storytellers in the Fann Mountains recount the legend that Alexander the Great’s favorite horse, Bucephalus, died whilst on campaign, and was buried here in the lake. Local shepherds swear that on a full moon you will see his ghostly presence rise from the water and come ashore to graze. Whether or not you will see him with your own eyes is, of course, a matter of timing and luck, but in any case, there are few pleasures in life greater than hiking across the pass to Iskander Kul, camping on the shore, and taking a bracing dip in the lake. 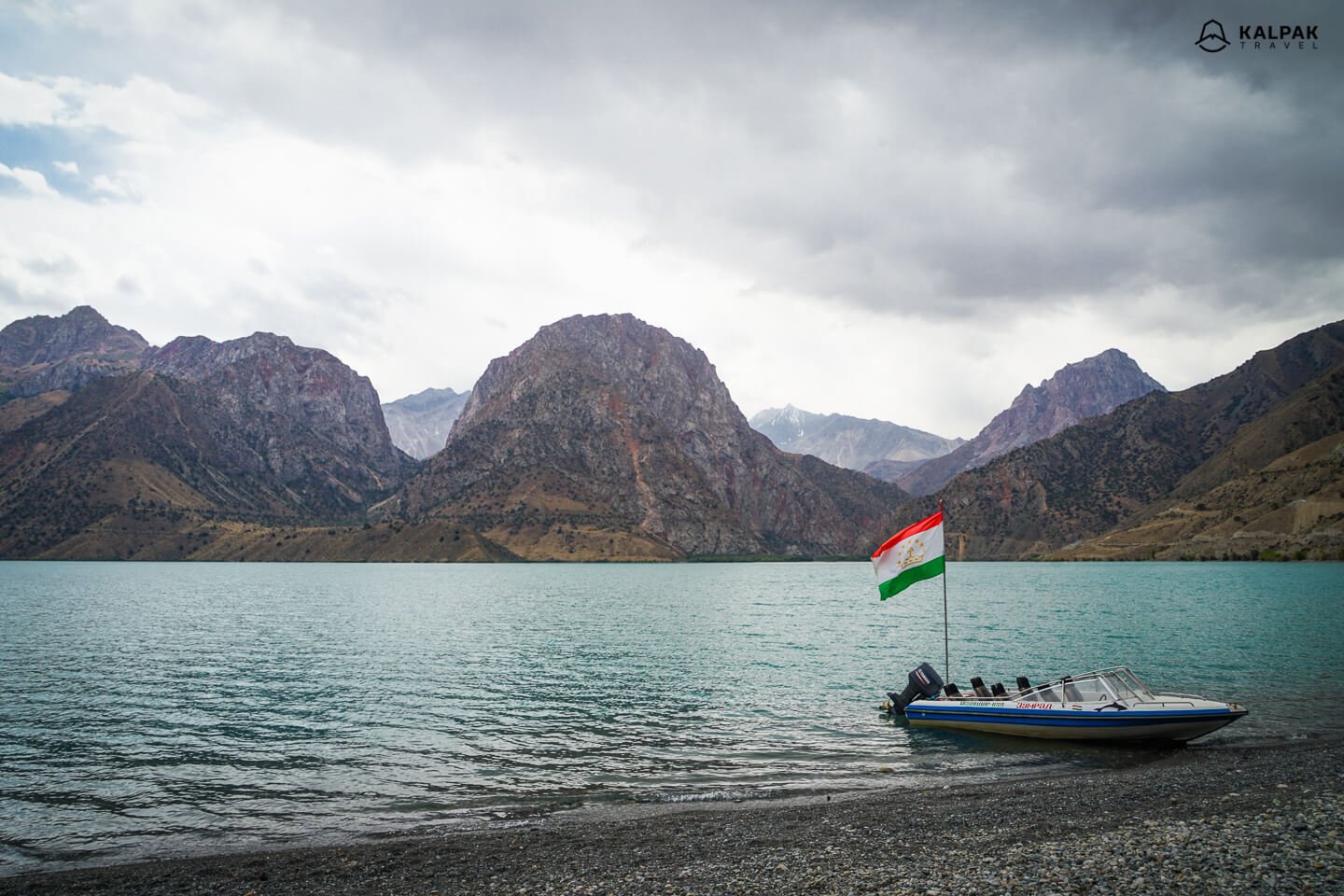 Next Trekking Tour in the Fann Mountains

Visas for Tajikistan are available on arrival, and there’s no need for additional permits to visit the Fann Mountains. Tajikistan has spectacular views and it was even called “The best trekking destination you’ve never heard of” by The Telegraph.

If we’ve whetted your appetite to explore this extraordinary region, check out our next trekking tour.